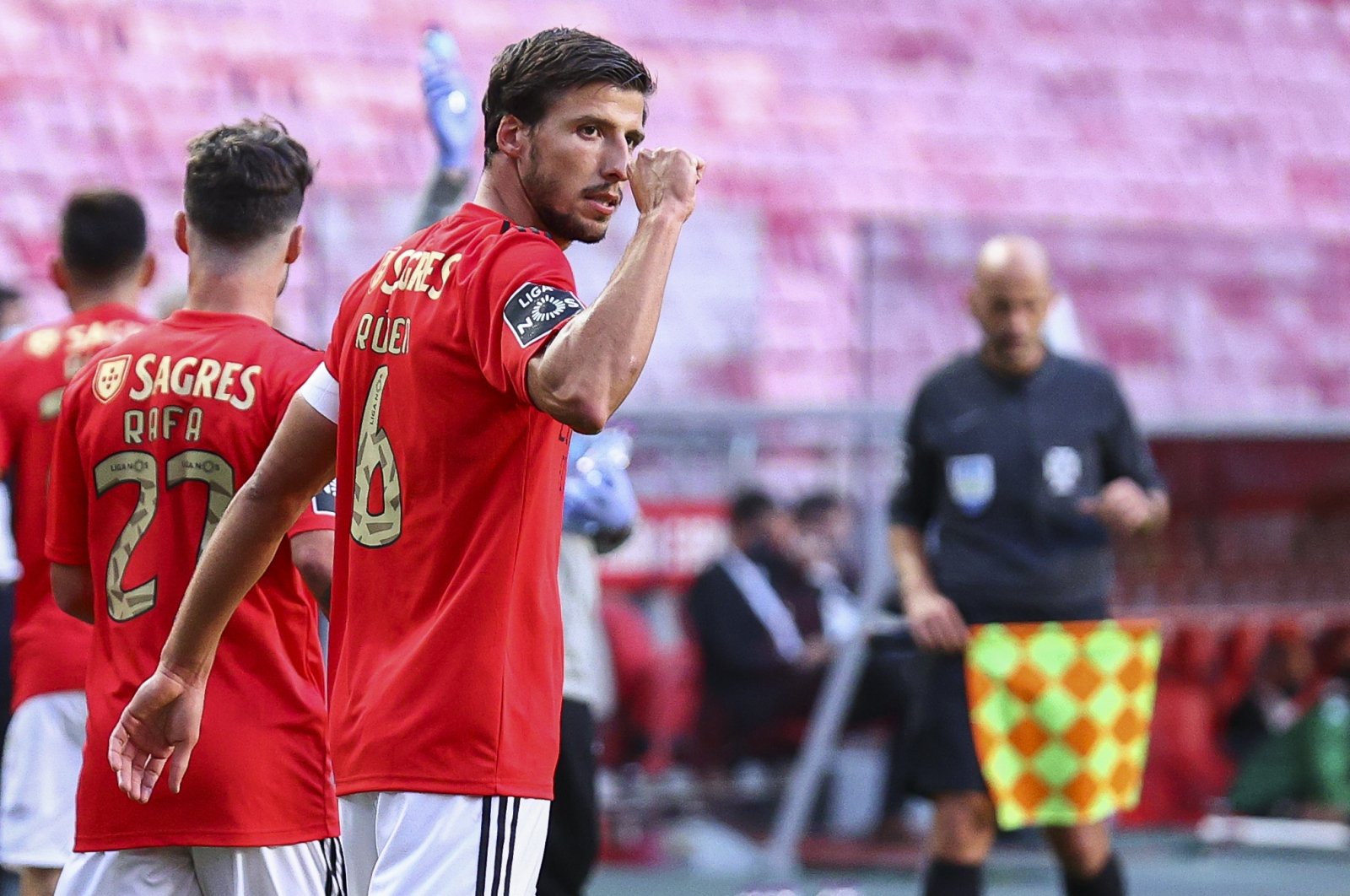 Manchester City announced the signing of Portuguese international center-back Ruben Dias on a six-year deal from Benfica Tuesday in the hope of solving the defensive problems that have dogged Pep Guardiola's side over the past year.

Benfica confirmed earlier that they had reached an agreement to sell Dias for 68 million euros ($79 million) plus an extra 3.6 million euros in potential bonuses, with Nicolas Otamendi heading in the opposite direction for 15 million euros.

"To have the opportunity to join a club like Manchester City is a fantastic opportunity for me and one I couldn't turn down," said Dias, who has 19 international caps, in a City statement.

"Their success speaks for itself. They have been the dominant team in England over the last few years, playing an attacking brand of football which I feel suits my own game.”

“It is really exciting to be part of such a talented squad and to play for a world-class manager like Pep Guardiola who has a proven track record of developing young players like myself,” Dias said.

Benfica coach Jorge Jesus said on the weekend that selling Dias was necessary for the club to balance their accounts after a defeat by Greek side PAOK in the third qualifying round of the Champions League ended their hopes of reaching the group stage.

The need for more defensive reinforcements was evident as City was thrashed 5-2 at home by Leicester Sunday – the first time a Guardiola side has ever conceded five in his distinguished managerial career.

"Ruben is a player we have admired for some time, and we have been impressed with how he has progressed at Benfica," City Director of Football Txiki Begiristain said.

"He has developed into a real leader and as a defender, he has all the attributes we are looking for. He is strong in the air, good in one-versus-one situations, and technically he is very good, so we are confident he can thrive in our system," he said.

However, Dias becomes just the latest in a string of expensive defensive signings, totaling over 450 million euros, since Guardiola was appointed in 2016.

Despite huge price tags, John Stones, Joao Cancelo and Benjamin Mendy are not first-team regulars, while Ake has been signed as backup to Aymeric Laporte.

Otamendi, 32, won several major honors during his time at the Premier League club, including two league titles, and made more than 200 appearances in all competitions in five seasons.

The Argentine international has previously played in Portugal, turning out for Benfica's bitter rivals Porto between 2010 and 2014.