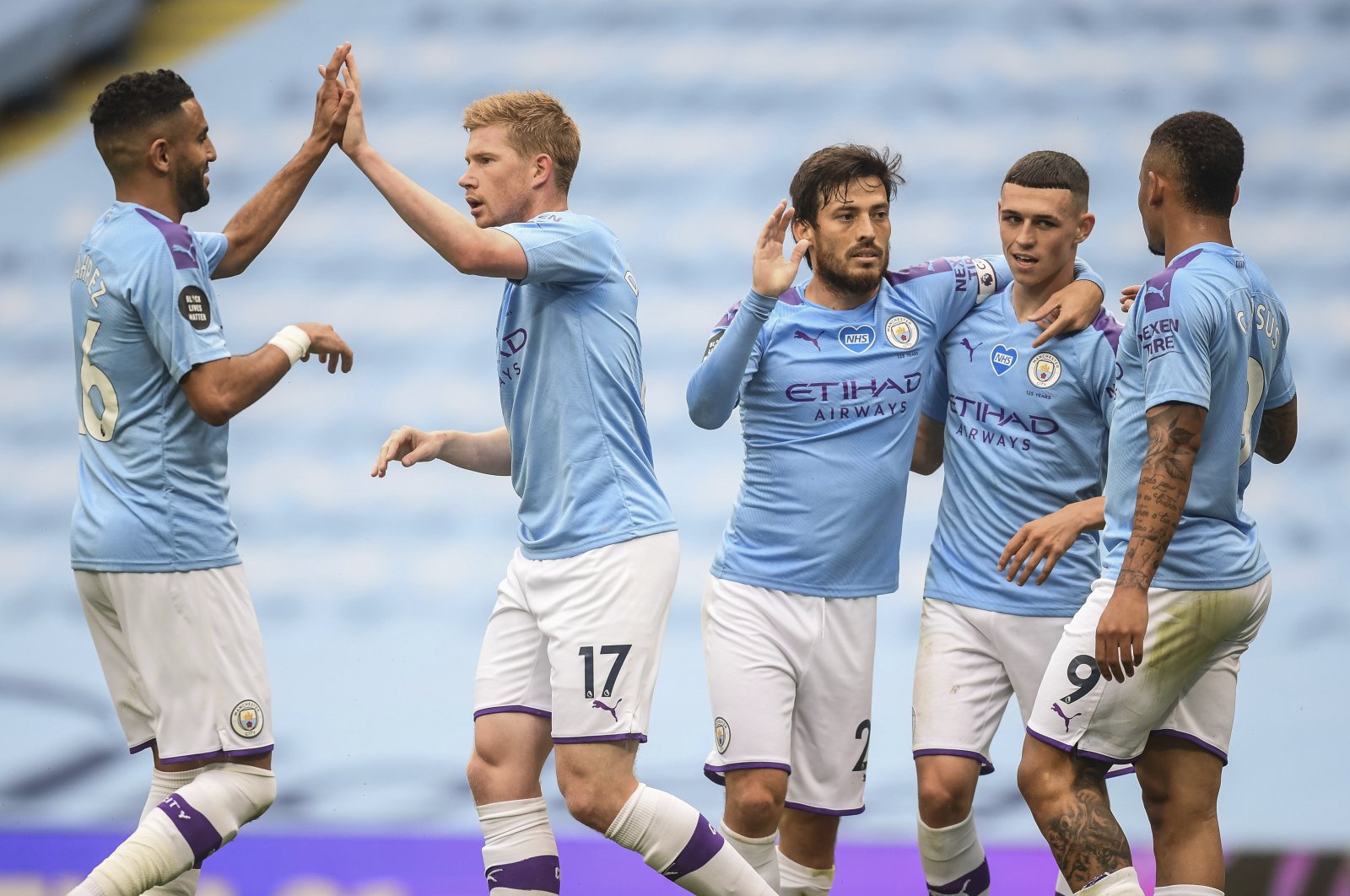 Manchester City players celebrate after scoring their second goal during the English Premier League soccer match between Manchester City and Newcastle at the Ethiad Stadium in Manchester, England, Wednesday, July 8, 2020. (Pool via AP)
by ASSOCIATED PRESS
Jul 13, 2020 11:36 am

Manchester City successfully overturned its two-year ban from the Champions League on Monday.

The Court of Arbitration for Sport upheld City’s appeal against the UEFA ban, but imposed a 10 million euro ($11.3 million) fine for failing to cooperate with investigators.

The verdict by three judges clears the team coached by Pep Guardiola to play in the group stage of the Champions League next season. The case does not affect City’s place in this season’s competition, which resumes next month.

City's win guarantees tens of millions of dollars in UEFA prize money next season. It also protects against players leaving to seek Champions League action with another club.

Guardiola had pledged to stay in Manchester “no matter what happens” in the courts.

City denied wrongdoing, and said it had “irrefutable evidence” the claims were not true.

The urgent ruling came one month after a three-day hearing held by video link between Switzerland and England. A full verdict detailing the evidence, expert witness testimony and the judges’ reasons is unlikely to be published for at least several weeks.

UEFA-appointed investigators opened a case after leaked club emails and documents from City officials were published by German magazine Der Spiegel in November 2018. They were likely obtained by a hacker from Portugal.

The published evidence appeared to show City deceived UEFA by overstating sponsorship deals from 2012-16 and hid the source of revenue linked to state-backed companies in Abu Dhabi.

City never disputed the documents were authentic, but argued the evidence was stolen and reported out of context.

UEFA had previously signed off on City’s submitted accounts since 2014. That year, UEFA fined City 20 million euros ($22.6 million) of its Champions League prize money in a first wave of assessments of European clubs’ finances.