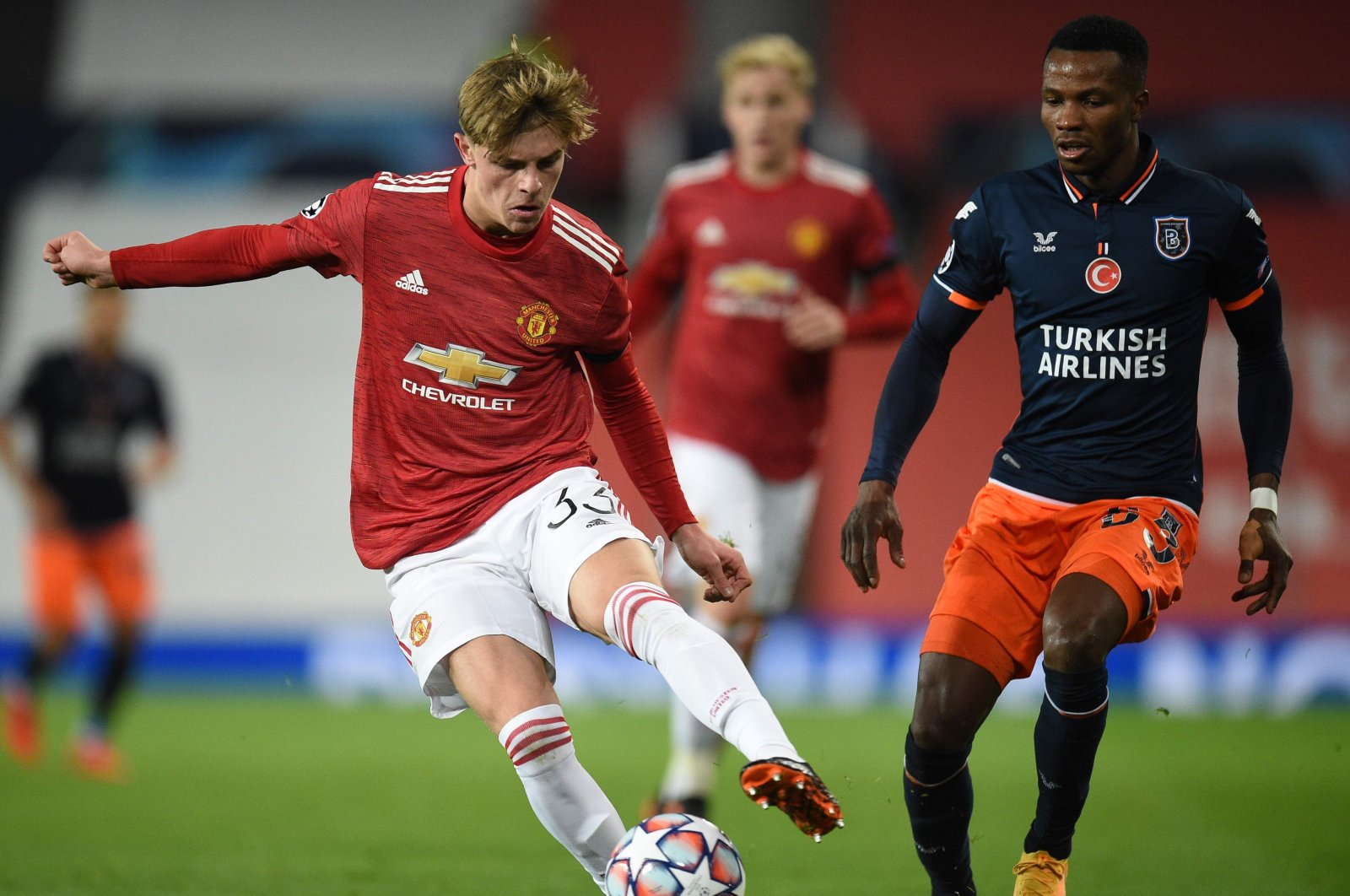 Manchester United avenged its humbling Champions League defeat against Istanbul Başakşehir as Bruno Fernandes scored twice in a 4-1 rout of the Turkish champion on Tuesday.

Ole Gunnar Solskjaer's side crashed to a shock 2-1 loss at the hands of Başakşehir in Istanbul earlier in November.

But there any chance of another upset looked nonexistent as United ran Basaksehir ragged at Old Trafford.

Fernandes was the catalyst with a stunning long-range opener early in the first half.

He doubled the lead before passing up a hat-trick chance when he allowed Marcus Rashford to convert the penalty that brought United's third goal before half-time.

Başakşehir's Deniz Türüç netted a fine free-kick but, after a late United wobble, Daniel James struck in the final moments to seal the points.

United's third win in four matches means one point from its last two games against Paris Saint-Germain and RB Leipzig would secure the Premier League club a place in the last 16.

United's loss in Istanbul had raised serious questions about Solskjaer's ability to hold onto his job.

But successive Premier League wins against Everton and West Brom, followed by this emphatic success, have eased the pressure on Solskjaer a little.

Solskjaer named Uruguay striker Edinson Cavani in the starting line-up for the first time since his signing in October.

With Paul Pogba still sidelined by a swollen ankle, there was a rare start for Dutch midfielder Donny van de Beek.

Both Cavani, who has scored once in seven appearances for United, and van de Beek did their chances of a more regular action no harm with solid displays, but it was Fernandes and Rashford who stole the show.

Meanwhile, PSG revived its hopes of reaching the Champions League last 16 phase when an early Neymar penalty earned a fortunate 1-0 home win against RB Leipzig in Group H’s other match.

Neymar scored his first goal in the competition in six games, but PSG was otherwise toothless throughout as it leapfrogged Leipzig into second place.

The French champion has six points from four games, three behind group leader Manchester United and ahead of third-placed Leipzig thanks to their head-to-head record.

PSG next meet Manchester United at Old Trafford with Leipzig visiting Istanbul Başakşehir, which has three points, on Dec. 2.

Neymar put the hosts ahead in the 11th minute, coolly converting a penalty after Angel Di Maria was brought down by Marcel Sabitzer.

But the Brazilian's bag of tricks was as empty as a spectatorless Parc des Princes and he and Kylian Mbappe, who was equally disappointing, were replaced in added time.

In the 12th minute, Keylor Navas tipped over Dayot Upamecano's header as Leipzig, which beat PSG 2-1 in the previous round of matches, threatened in a low-key opening.

Leipzig, by far the best team on the pitch, had another clear chance in the 38th minute but Navas parried away Amadou Haidara's fierce 18-metre strike.

The visitors continued to apply pressure after the break, with Emil Forsberg's half-volley going just wide of Navas's left-hand post five minutes into the second half.

Neymar and Mbappe were still nowhere to be seen and PSG ended the game with only two shots on target and 40% possession, looking nothing like the team who reached last season's final.