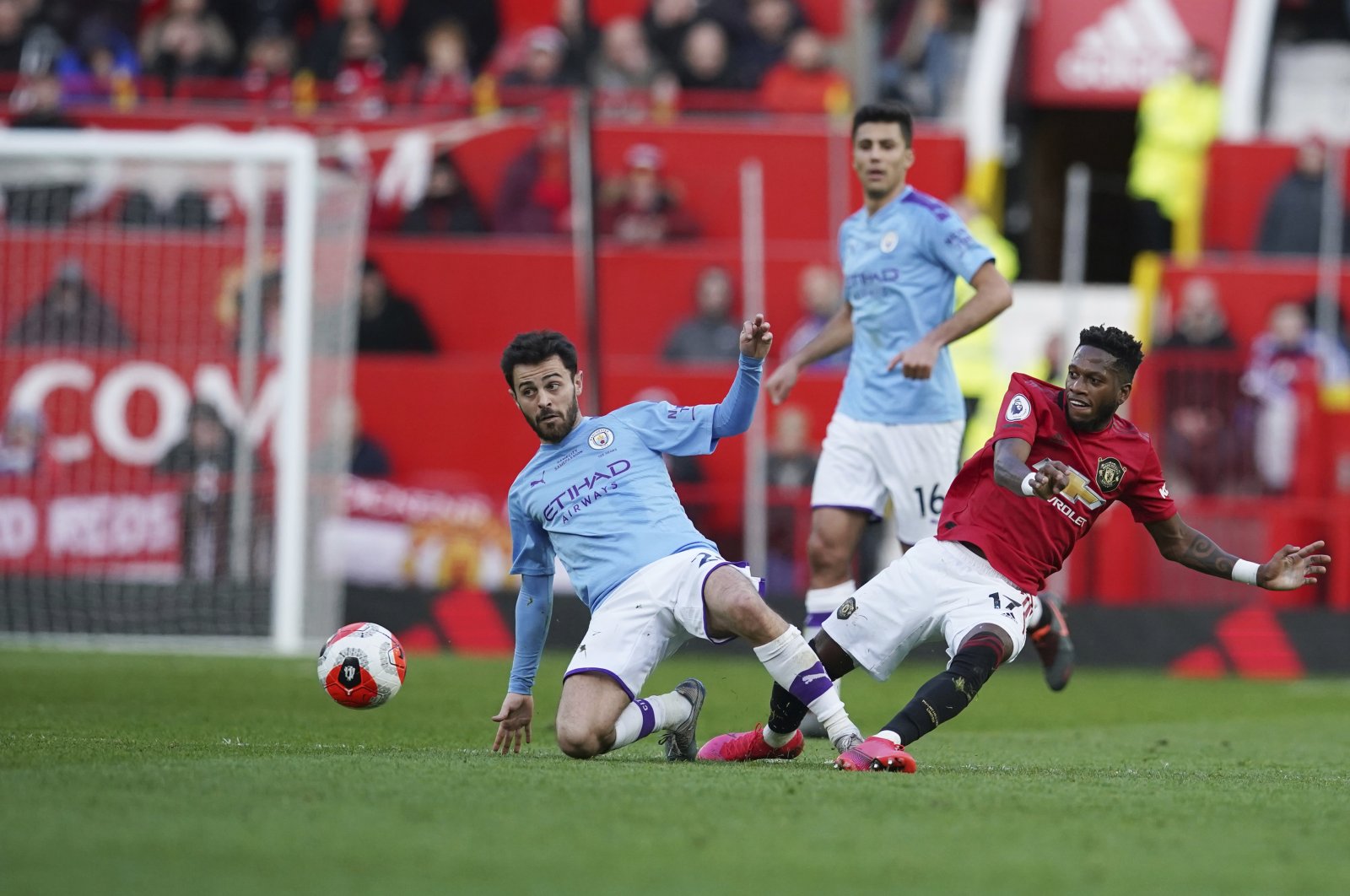 Just when Manchester United appeared to be building momentum after a mediocre start to the domestic season, a woeful exit from the Champions League has left manager Ole Gunnar Solskjaer facing flak once again.

Which means the stakes have been raised even beyond usual levels for Saturday's home derby against Manchester City.

Four successive league wins have pushed United from the lower depths of the table into sixth place, one spot above Pep Guardiola's City, which is slowly beginning to tick.

Yet Tuesday's 3-2 defeat in Leipzig, when a draw would have sent United into the Champions League last 16, has tarnished the team's impressive turnaround and the rumor mill about who is being lined up to replace Solskjaer has restarted.

United‘s looking to win three successive Premier League games against its neighbor for the first time since 2010 and three points would put it into the top four, ahead of Sunday's games, smoothing the waters somewhat for Solskjaer.

The problem is United's home form is lamentable this season.

It has collected four points from five league games at Old Trafford and City is capable of inflicting more pain.

Guardiola's side will arrive on the back of four wins from its last five games in all competitions since a 2-0 defeat at Tottenham Hotspur – a spell in which it has not conceded.

While the defense has looked rock-solid, Sergio Aguero's goal-scoring return from injury in the 3-0 win over Marseille Wednesday, has given Guardiola plenty of firepower to play with.

Aguero is unlikely to start against United but his return augurs well for City's prospects of joining the title race.

"The important thing is he made a good three or four training sessions and the reaction after the training session was good. He played 25 minutes and scored a goal and was active. Step by step," Guardiola said.

Chelsea can steal a march on the rest of the top four when it takes on Everton in Saturday's late game.

Victory would move Frank Lampard's side to the top of the table, above champion Liverpool and Tottenham Hotspur which share the lead with 24 points from 11 games.

Fourth-placed Leicester City is also on duty on Sunday as it welcomes Brighton and Hove Albion.

The pressure will be on Arsenal as it takes on third-from-bottom Burnley at the Emirates having lost three successive home league games, sinking to 15th place in the table.

Arsenal has won just four of their opening 11 games and much of the problem has been a meager goal haul of 10.

"It's unsustainable. It doesn't matter what we do in other departments of the pitch, if we don't score goals we can't do nothing," manager Mikel Arteta said.