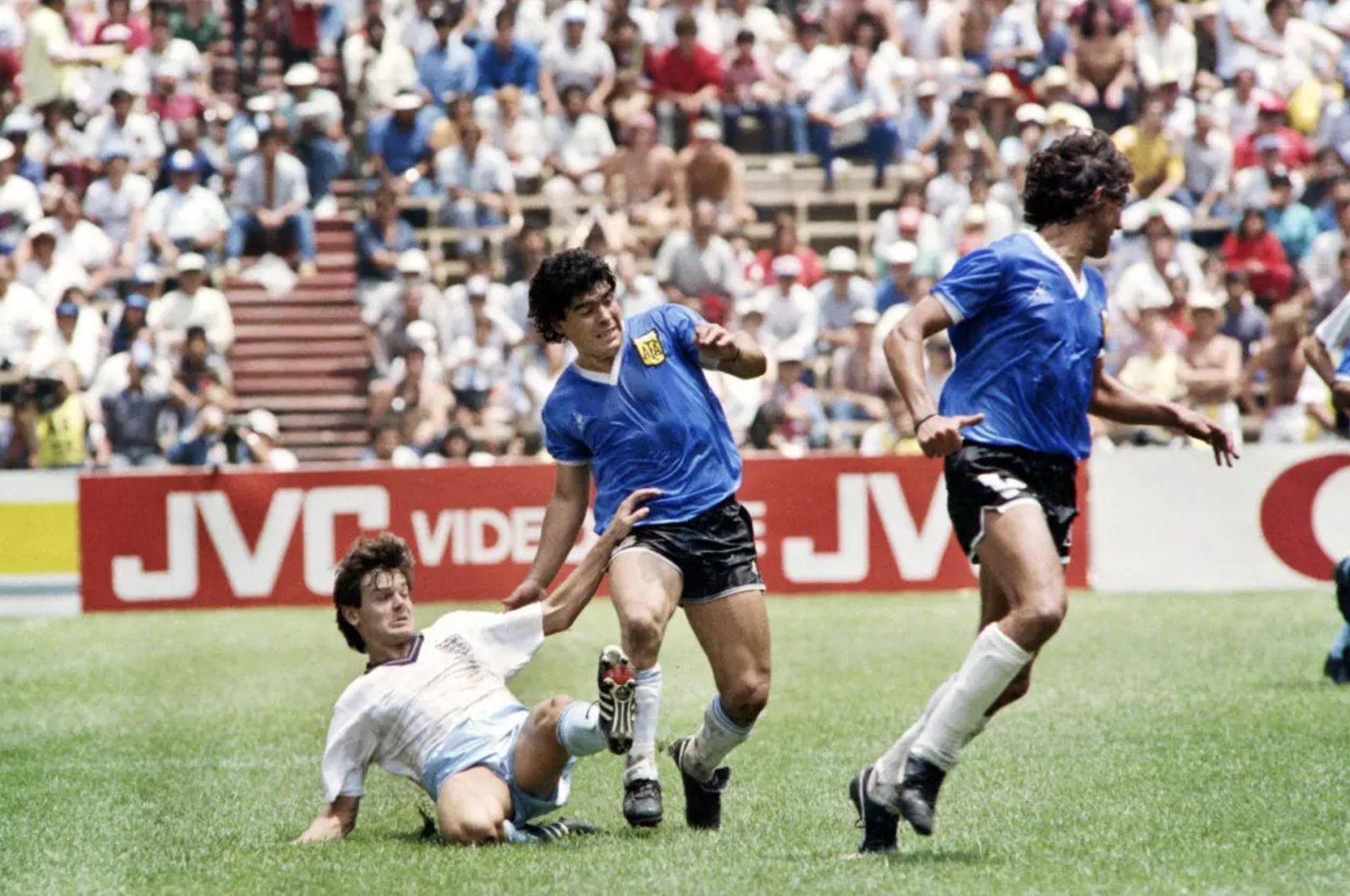 Former England midfielder Steve Hodge has insisted the shirt worn by Diego Maradona in scoring two iconic goals against the Three Lions in the 1986 World Cup quarter-final is not for sale.

Hodge swapped shirts with Maradona, who died last week at the age of 60, at the end of the match in which the Argentine legend punched home what became known as the "Hand of God" goal and then ran from inside his own half to score a stunning second as Argentina won 2-1.

The shirt is now on display at the National Football Museum in Manchester.

Hodge said he had been inundated with enquiries over the shirt in recent days and dispelled rumours he was looking for a seven-figure sum to sell it.

"I have had it for 34 years and have never once tried to sell it," Hodge, 58, told the BBC. "I like having it. It has incredible sentimental value.

"I've had people knocking on my door non-stop and the phone's constantly ringing from every TV and radio station, and even foreign stations.

"It has been uncomfortable and it hasn't been nice. I have seen articles on the internet and there has been a bit of flak flying around saying I wanted a million or two million and am hawking it around for money.

"I find it disrespectful and totally wrong. It's not for sale. I am not trying to sell it."

Hodge paid tribute to the "genius" of one of the greatest players the game has ever seen and said he never blamed Maradona for taking the chance of scoring with his hand.

"I have to say I have never once blamed him for the handball. Not once," he added. "It was out of order but people who play football know that you try things now and again.

"From every corner of the globe he was respected and people appreciated the genius he had. That game will never be forgotten in the history of football."