Mario Balotelli rumored to be in talks with Turkish club Beşiktaş 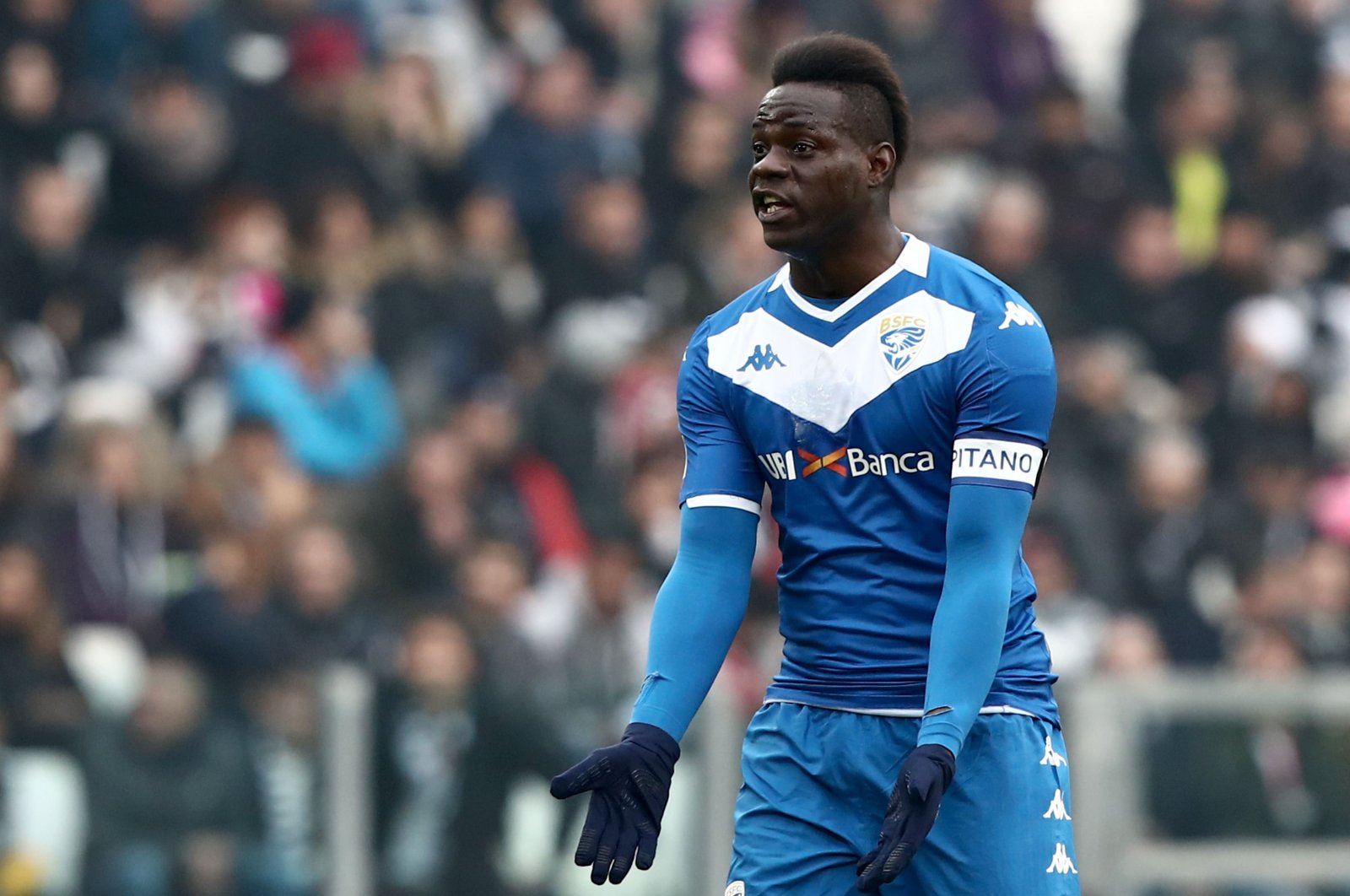 The temperamental 30-year-old striker had a difficult return to the Serie A outfit last term and is surveying his options abroad.

Brescia was relegated from Serie A after the former Liverpool and Inter star scored just five goals and was the victim of racist abuse during games on several occasions.

Local reports claimed that Beşiktaş was considering Balotelli as its big-name signing for the next season, but negotiations over the Italian forward’s salary were fierce.

According to Demirören News Agency, Beşiktaş is willing to pay somewhere around the lower end of 1 million euros ($1.18 million) while Balotelli is asking for at least 2 million euros.

The Beşiktaş administration is trying to keep spending to a minimum as the COVID-19 outbreak introduced unprecedented financial troubles. And to stop clubs from further incurring debts they can’t pay, the Turkish Football Federation introduced spending limits for each club.

Balotelli's head was also turned by the move as Beşiktaş is in the second qualifying round of the Champions League after finishing third in the table last season.

Milliyet daily said club executives were telling coach Sergen Yalçın that Balotelli could turn the club a handsome profit if he finds his scoring touch in Turkey and is then resold.

Sports daily Fotomaç, meanwhile, reported that Balotelli had consulted Portugal's Ricardo Quaresma and Cameroon's Samuel Eto'o about their experiences while playing in Turkey.

"Both gave the same answer," said the paper. "Besiktaş is the best place."

But president Ahmet Nur Çebi played his cards close to his chest when pressed about the Balotelli rumors.

"I don't know," he said flatly. "Our door is open to the best player who can fit in that budget."