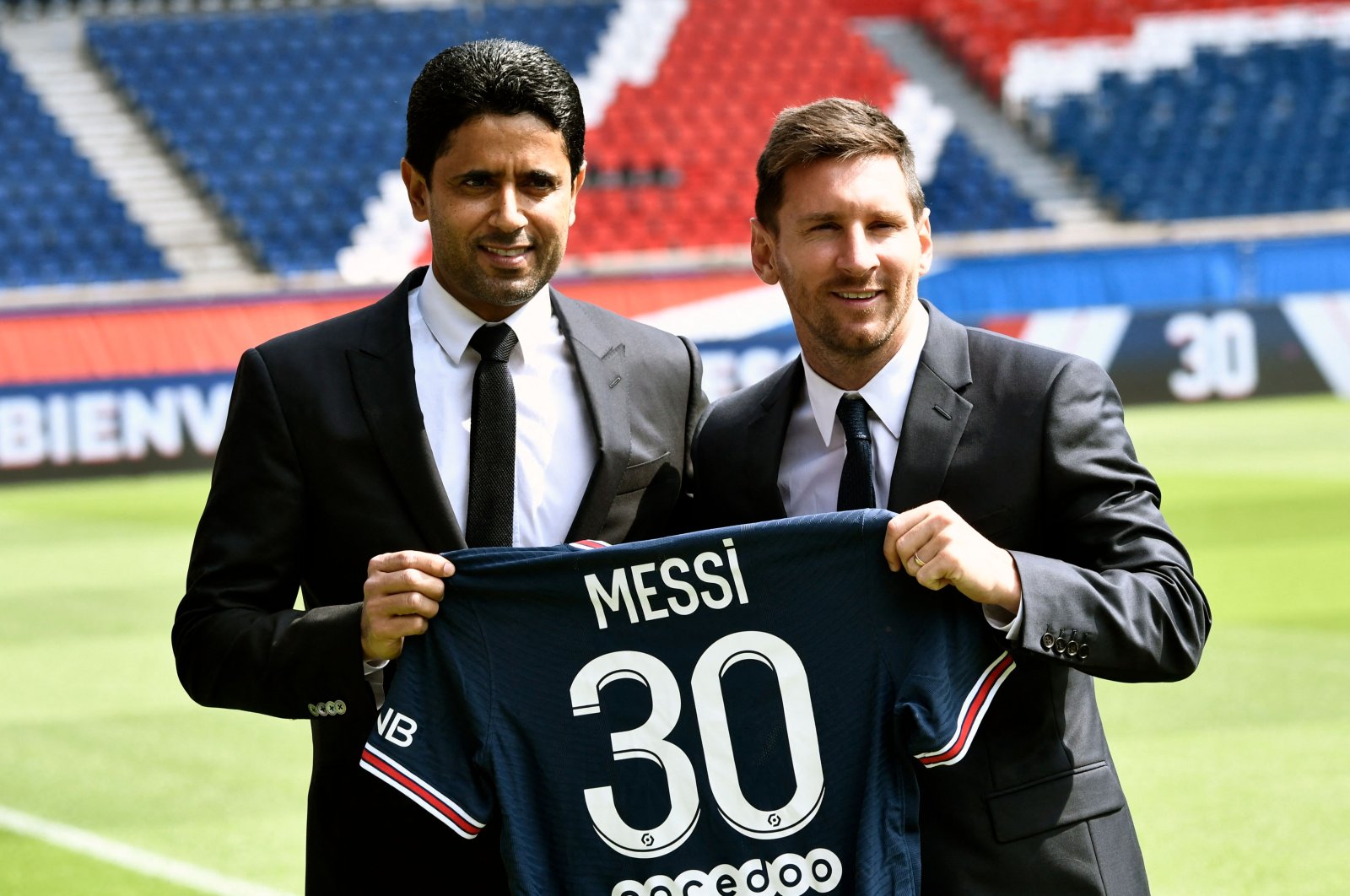 Although PSG has reigned supreme in Ligue 1 since its takeover by the Qatar Sports Investment in 2011, the Champions League trophy remains as elusive as ever, but with Messi that may soon end

Lionel Messi said his dream is to lead Paris Saint-Germain to its first Champions League trophy as he spoke in his presentation for the club Wednesday.

The Argentine forward, 34, had agreed to stay at former club Barcelona after his deal expired at the end of June, only for the Spanish club to admit it could no longer afford him last week.

He signed a two-year deal with an option for a third with the Parisians on Tuesday.

PSG has hoovered up domestic titles since the investment of its wealthy owners Qatar Sports Investment in 2011. However, it has never won the Champions League, while Messi has won it four times, the last one coming in 2015.

"That's why I am here (to win trophies). It's an ambitious club," Messi, who will wear the No. 30 jersey – which was his first squad number in senior football at Barcelona in 2006, told a news conference.

"You can see they're ready to fight for everything.

"My dream is to win another Champions League, and I think this is the ideal place to be to do that."

The Argentine conceded he did not know when he would be able to make his debut given he has not played since winning the Copa America with his country last month.

"I'm coming back from holiday. I need a bit of a pre-season and get myself going. Hopefully debuting can be soon but I can't give you a date. It's up to the coaches."

The Brazilian left Catalonia for the French capital in a world record 222 million euro ($259.94 million) deal in 2017, however never hid his desire to link up with his close friend once again on the pitch.

They will now line up together again, with Kylian Mbappe as the third member of a potent frontline.

"To be able to play with the likes of Neymar and Mbappe is insane. They've made so many good signings, I'm really happy and can't wait to get started," Messi added.

Eyebrows were raised as to how PSG could afford to sign Messi within UEFA's Financial Fair Play (FFP) regulations. However, club chairman and CEO Nasser Al-Khelaifi, who was sat alongside Messi, insisted the deal was well within its economic scope.

"We are always attentive to Financial Fair Play. It's the first thing we check with the commercial, financial and legal people to see if we can do it before signing someone," he said.

"I think the media need to focus on the positives and not just the negatives of these moves, but what positives he brings. He's an unbelievable asset to the club."

Al-Khelaifi's point was backed up by thousands of excited fans who had gathered outside the Parc des Princes stadium in Paris, banging on drums, waving flags and chanting Messi's name.

"My arrival here was both surprising and crazy," Messi said.

"It was the icing on the cake as if I needed any more convincing. I'm grateful to the fans, it was crazy to see people on the streets in Paris without the deal even being done last week. I was stunned."

Local fan Nelson Dross, 17, told Reuters: "Why do I love him? Because he makes us dream. He's a magician, a genius."

"He's the best player in the world," Sofiane Achi, 19, said. "We want that he wins the Champions League with PSG."

Messi on Sunday wept as he told Barcelona fans he was leaving his childhood club and admitted that while he is sad, he is looking forward to the new challenge and hoped they would understand his decisionmaking.

"I'll always be thankful to Barca and their fans. I went there as a boy, and we had some good and bad times," he said.

"The Barca fans knew I'd join a good club, fighting for the Champions League, because they know me, I like to win, I'm a winner and I want to carry on doing that.

"I don't doubt that PSG's objectives is to win and grow. It would be nice on the one hand to face them (Barcelona) in the Champions League, especially with fans, but on the other strange to go back to my home in another team's shirt – but that's football."