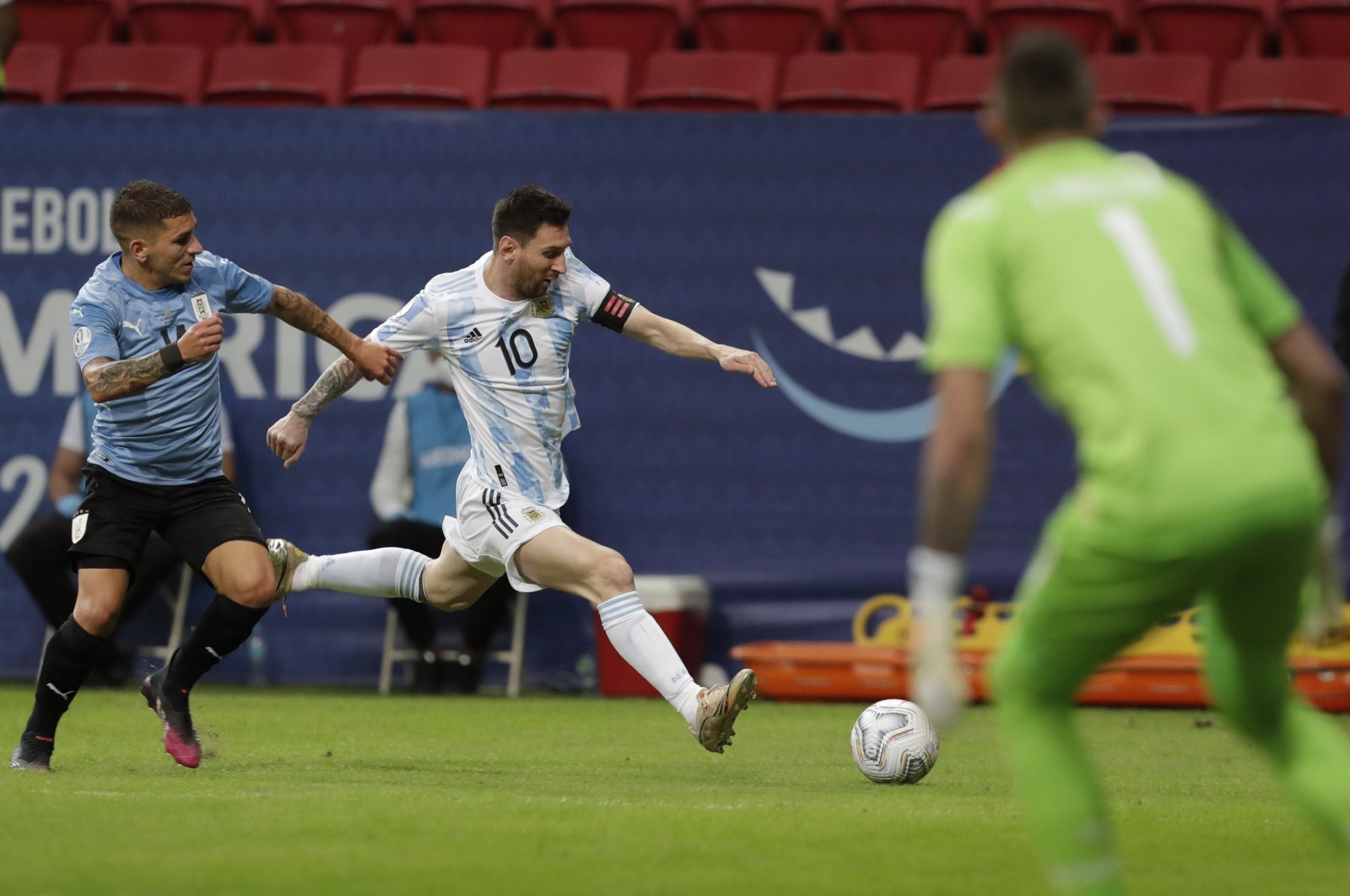 Argentina beat Uruguay 1-0 on Friday in its second match at Copa America, making Lionel Messi's team co-leaders of Group A with Chile at four points each.

Midfielder Guido Rodriguez scored the only goal at Mané Garrincha stadium in Brasilia with a header in the 13th minute after Messi crossed from the left. The ball hit goalkeeper Fernando Muslera's right post before going in.

Argentina controlled nearly all of the game against an Uruguayan team that included the powerful offensive duo of Luis Suárez and Edinson Cavani.

Argentina midfielder Rodrigo de Paul said his team deserved to finally win – it had not won since November 2020.

“Today we tried to be a more compact team. This was a key win for us to reach our goal,” he said. “Today we gave another little step to improvement, we will celebrate it.”

Argentina's next match will be against Paraguay on Monday, the same day that Uruguay will play its second match in the tournament against Chile.

A victory against Uruguay could move Argentina into first place in its group and avoid an early knockout-stage meeting with defending champion Brazil, which is in Group B.

The result also provided some relief for Argentina coach Lionel Scaloni, who was criticized after his team’s opening 1-1 draw against Chile on Monday.

The top four teams of each group will advance to the knockout stage.