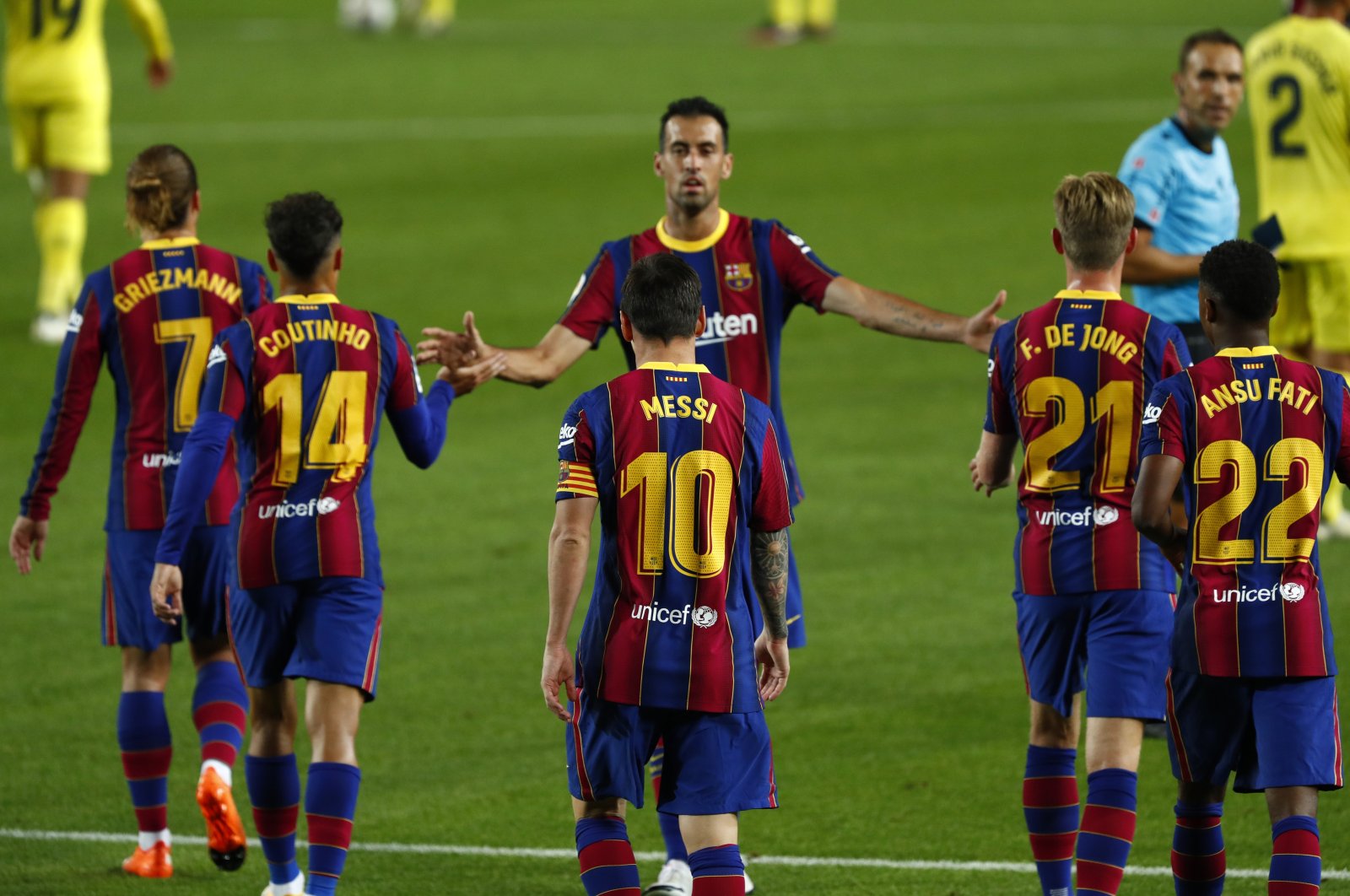 Barcelona's Lionel Messi celebrates with teammates after scoring a goal during the La Liga match against Villareal, in Barcelona, Spain, Sept. 27, 2020. (AP Photo)
by Associated Press
Sep 30, 2020 11:34 am

Lionel Messi wants to put his dispute with Barcelona behind him and called for the club and its fans to unite.

In only his second interview since unsuccessfully pushing for a transfer in the offseason, Messi said Barcelona will be stronger if everyone works together to help the club succeed.

“After so many disagreements, I would like to put an end to it all,” he told the daily Sport. “We must unite as Barcelona fans and believe that the best is yet to come.”

In an interview that will be published in its entirety on Wednesday, Messi said that the only way for the club to reach its goals is to keep “united and rowing in the same direction.”

Messi told Barcelona he wanted to leave after the team’s 8-2 loss to Bayern Munich in the quarterfinals of the Champions League in August, but he ended up staying to avoid a legal battle with the “club of my life.”

Messi has continued to criticize club officials since deciding to stay. He has said that he did not like the direction that the club was heading.

“I’ll take responsibility for my mistakes," he said. "It happened, it was with the intention of making Barcelona better and stronger.”

Messi said he wanted to send a “message” to club members and fans, saying that “if at any time I upset some of them for something I did or said, they shouldn’t doubt that it was always thinking about the best for the club.”