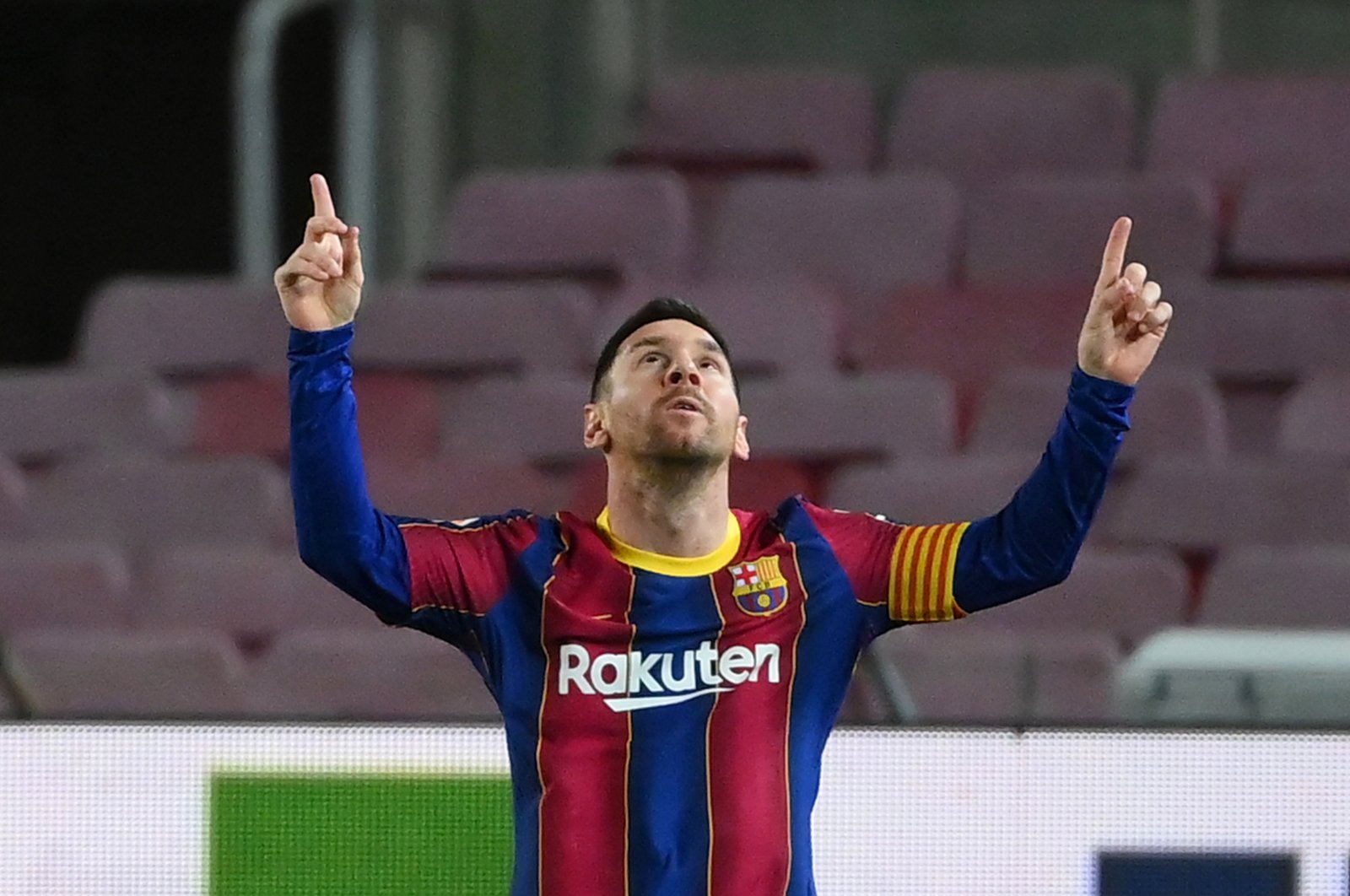 Lionel Messi scored his 650th goal for Barcelona, while Antoine Griezmann struck the winner in a 2-1 home success over Athletic Bilbao in La Liga on Sunday, avenging a defeat by the Basque side in the Spanish Super Cup final.

Messi reached the milestone on the same day Barca threatened to take legal action against El Mundo after the newspaper published the details of his 555 million-euro ($674 million) contract.

The Argentine genius, however, was able to shift his focus to the field as he curled in a stunning free kick after 20 minutes for his milestone goal. It was his 49th direct free kick for Barca, of which 38 came in La Liga.

Ronald Koeman's side recorded a fifth straight Liga win and moved above Real Madrid into second on goal difference with 40 points, 10 behind Atletico Madrid who has a game in hand.

Messi had missed a gilt-edged chance at the start when he fired straight at keeper Unai Simon and Barca spurned several more opportunities to increase its lead before halftime.

Athletic, who had won its previous five matches in all competitions in a flying start under new coach Marcelino, failed to get going but leveled in the 49th thanks to an own goal. Jordi Alba tried to prevent Athletic's Oscar de Marcos from reaching a cross but instead prodded into the Barca net.

The hosts struggled to respond but finally restored the lead in the 74th when Griezmann, who had scored twice in the 3-2 Super Cup final defeat, arrived in the box to knock home a cross from defender Oscar Mingueza.

Griezmann paid tribute to Messi after the game when asked whether the Argentine, who tried to leave Barcelona in the close season, was being pushed further away from the club. "We're all enjoying Messi. He's a legend and we hope he can continue to help the club to win," said the Frenchman.

Athletic defender Inigo Martinez said his side had the misfortune to face Messi when he seemed out to prove a point. "We all know Messi's quality. When he's all fired up like he was today he scores goals like that and there's nothing you can do about it," he said.