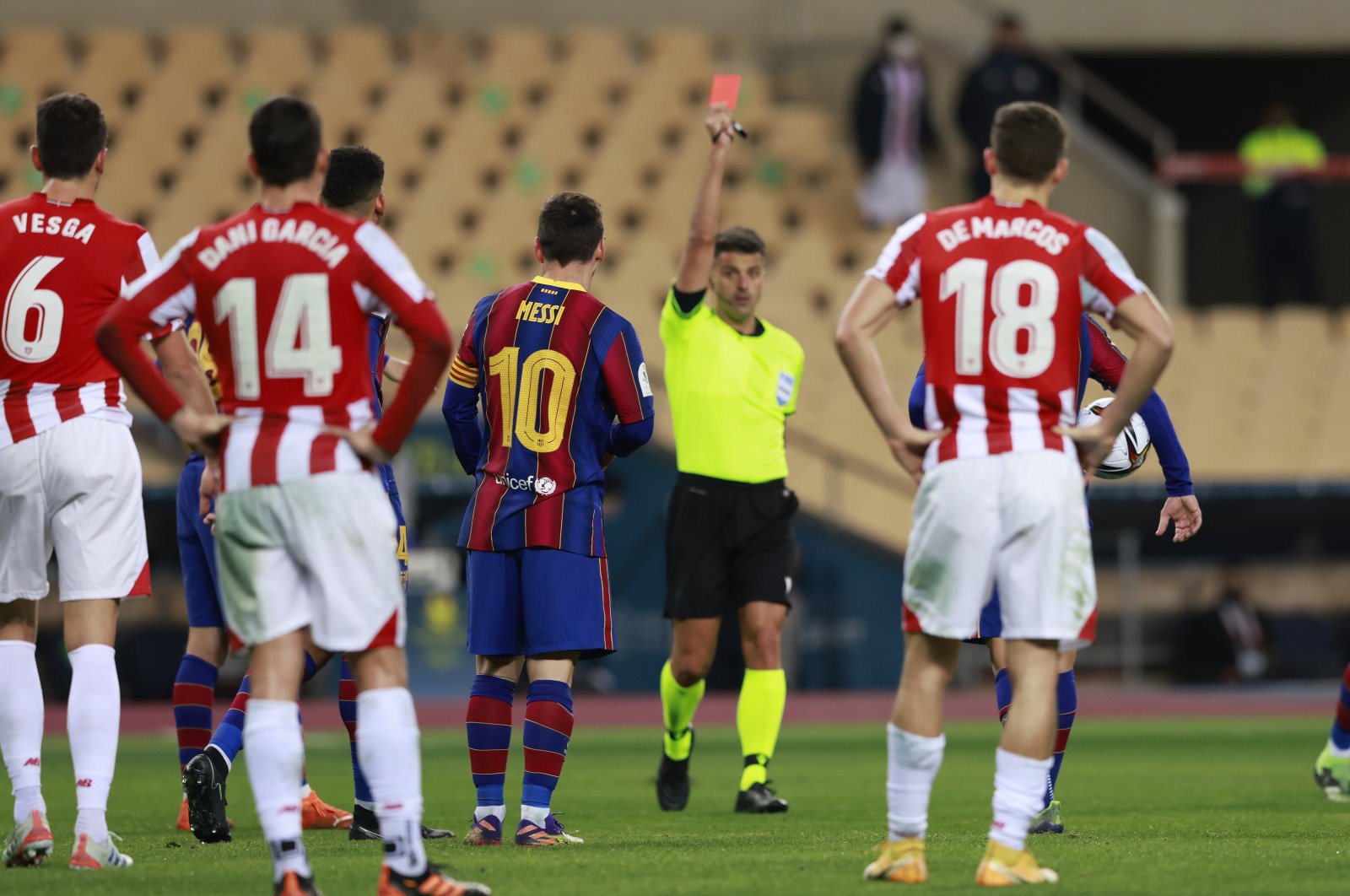 Lionel Messi was sent off for the first time playing for Barcelona as Athletic Bilbao stunned the Catalans to win the Spanish Super Cup on Sunday, a dramatic final finishing 3-2 after extra-time.

Moments before Bilbao's momentous triumph was confirmed, Messi threw an arm at Asier Villalibre, who had earlier scored a 90th-minute equalizer in normal time to deny Barca victory.

Messi shook off a thigh problem to start in Seville and was required to play all 120 minutes as Barcelona attempted to take the game to penalties. Instead, the 33-year-old lost his temper at the end of a combative contest, reacting to a late challenge from Villalibre by swiping his hands across the back of his opponent. It meant a first-ever red card for Messi in 753 appearances for Barcelona, to go with his two reds for Argentina in 2005 and 2019.

Messi's anger will take some of the limelight away from Bilbao, who had already denied the competition a Clasico final by beating Real Madrid in the semi on Thursday and now have completed the set.

It means a title and the perfect start for Marcelino Garcia Toral, who only took over as the coach of the Basque side less than two weeks ago. But there was praise too for his predecessor Gaizka Garitano, who oversaw this team reaching the Copa del Rey final last season, which earned a qualification in the first place.