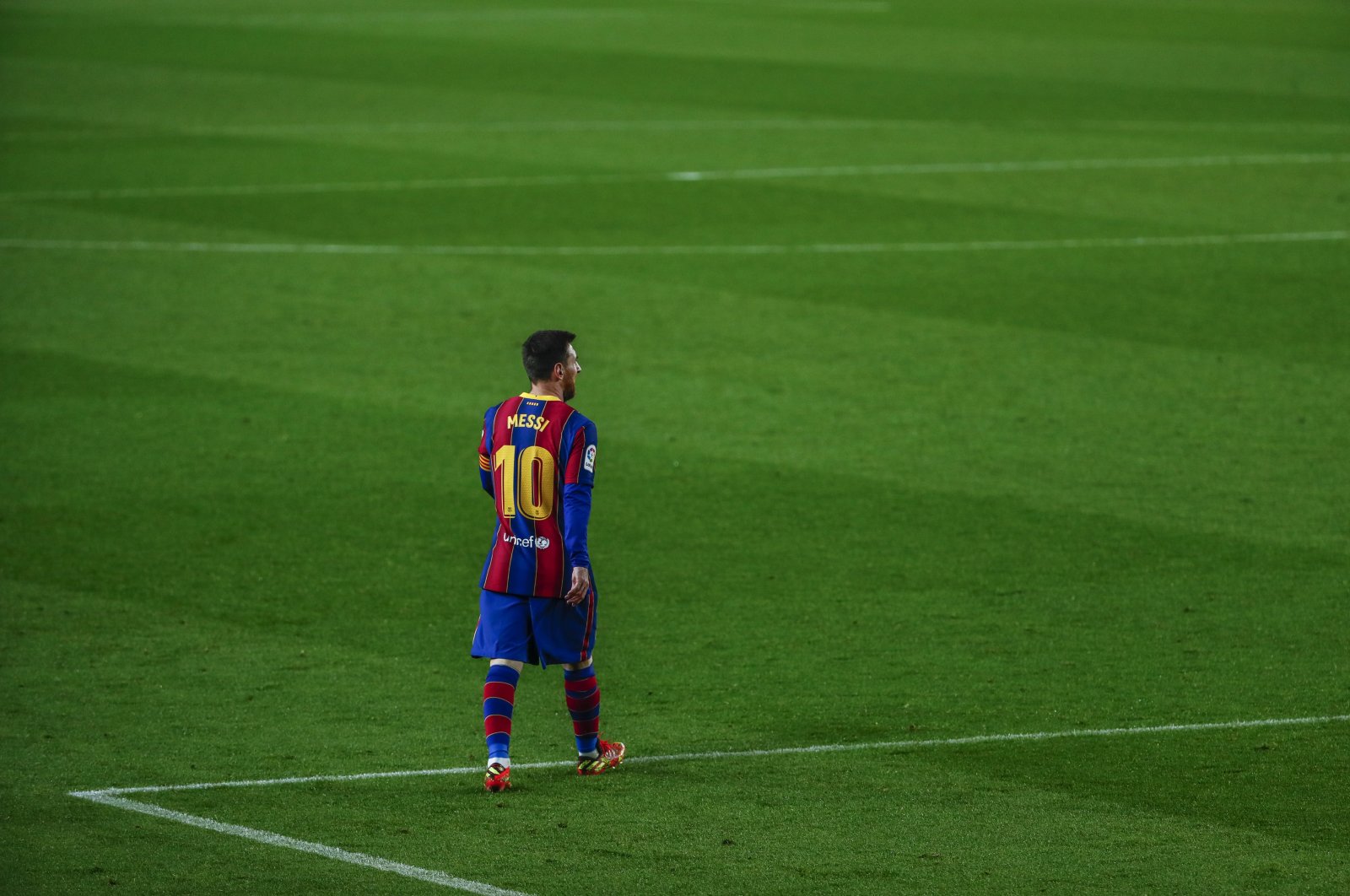 Messi's legal team is in Paris and negotiations have seen an annual net salary of around 25 million euros ($29.5 million) discussed, which would be lower than his Barcelona pay, the person said on condition of anonymity to discuss ongoing talks.

Barcelona has announced that Messi will give a news conference at the Camp Nou on Sunday at noon local time (10:00 a.m. GMT) but has not specified what it is about.

Barcelona bid farewell to Messi in statements and social media posts on Thursday, making him the most desired free agent in football history after his contract expired. The cash-stripped Catalan club had hoped to keep Messi, who agreed to a pay cut, but it still wouldn't have complied with the Spanish league's financial regulations.

PSG coach Mauricio Pochettino was in contact with his fellow Argentine as Barcelona announced on Thursday that Messi would be leaving the club he joined as a 13-year-old before winning every major trophy and world player of the year titles.

Funded for a decade by Qatari sovereign wealth, PSG is one of the few clubs in the world that can finance a deal. The club is exploring sponsorship deals in South America on the back of being able to sign Messi.

There was no immediate response from Messi's media team. PSG, which was opening its French league campaign later Saturday against Troyes, didn't respond to an email with questions seeking comment.

Messi led Barcelona to 35 trophies, including four Champions League crowns, while also earning a record six Ballon d'Or awards. But club president Joan Laporta deemed retaining the best player in club history, even at a 50% discount to his previous wages, as too risky to its beleaguered finances.

While Messi waited to speak on his future, his Barcelona teammates used social media to express their farewells to the 34-year-old star.

Veteran defender Gerard Pique, who played with Messi when both were teenagers at Barcelona’s youth academy, said late Friday that “nothing will ever be the same, not Camp Nou, not the city of Barcelona, not even ourselves.

“We met each other when we were 13 years old and had our careers before us. What a career! If we had written it ourselves, it could not have been better,” Pique said.

Left back Jordi Alba, who developed an almost unstoppable passing connection with Messi for the Argentine to score, said that “it has been a privilege to share these nine years with you.”

“How I enjoyed your passes to meet my run and my pass back to you that always worked. And how much I am going to miss you,” Alba said.