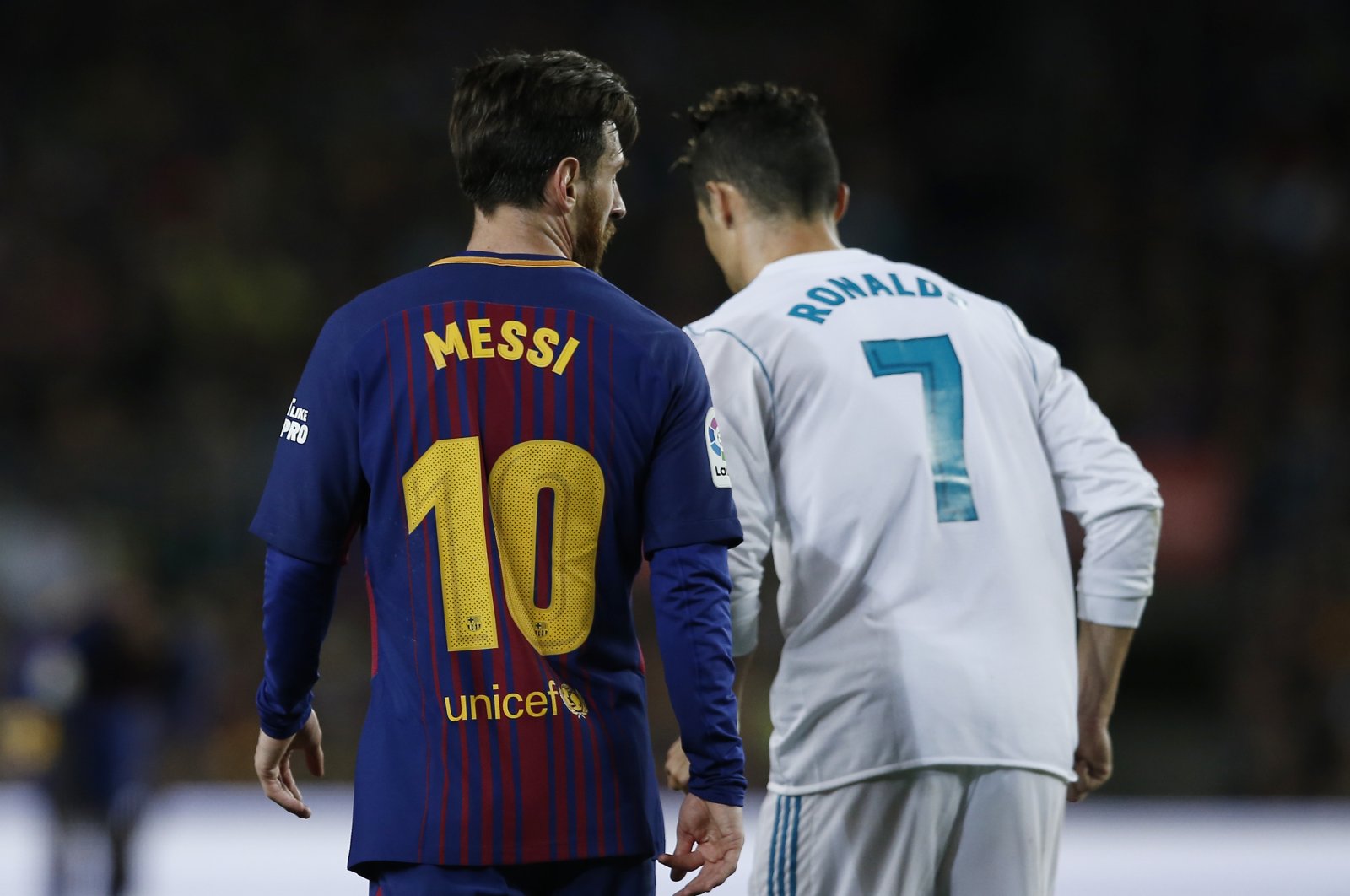 Lionel Messi and Cristiano Ronaldo during a La Liga match between Barcelona and Real Madrid, in Barcelona, Spain, May 6, 2018. (AP Photo)
by Reuters Sep 15, 2020 11:04 am
RECOMMENDED

Lionel Messi was denied a potentially money-spinning move away from Barcelona this month after a contract dispute, but the Argentine maestro remains the world's richest football player.

According to a list compiled by Forbes, Messi's total earnings this year are $126 million – $92 million from his salary and $34 million in endorsements.

Not surprisingly Cristiano Ronaldo comes in second although earnings of $117 million will soften the blow for the Juventus forward, as will his status as the most followed football player in the world on social media.

Neymar comes in third on the Forbes list ($96 million) with his Paris St. Germain teammate, 21-year-old Kylian Mbappe, up in fourth spot ($42 million).

Messi reluctantly agreed to stay at Barcelona for another season this month, despite saying in the wake of an 8-2 Champions League defeat by Bayern Munich that he wanted out.

He argued that a clause in his contract stating that a 700 million-euro ($832 million) release fee would need to be met for him to join another club was no longer active and that he could leave on a free transfer – a situation that would have allowed him to command astronomical wages from the likes of Manchester City.

Messi, 33, is in the final year of his contract so could leave for free next summer. By staying with the Catalan club, Messi is in line for an $83 million loyalty bonus so it is likely he will continue to top the money charts.