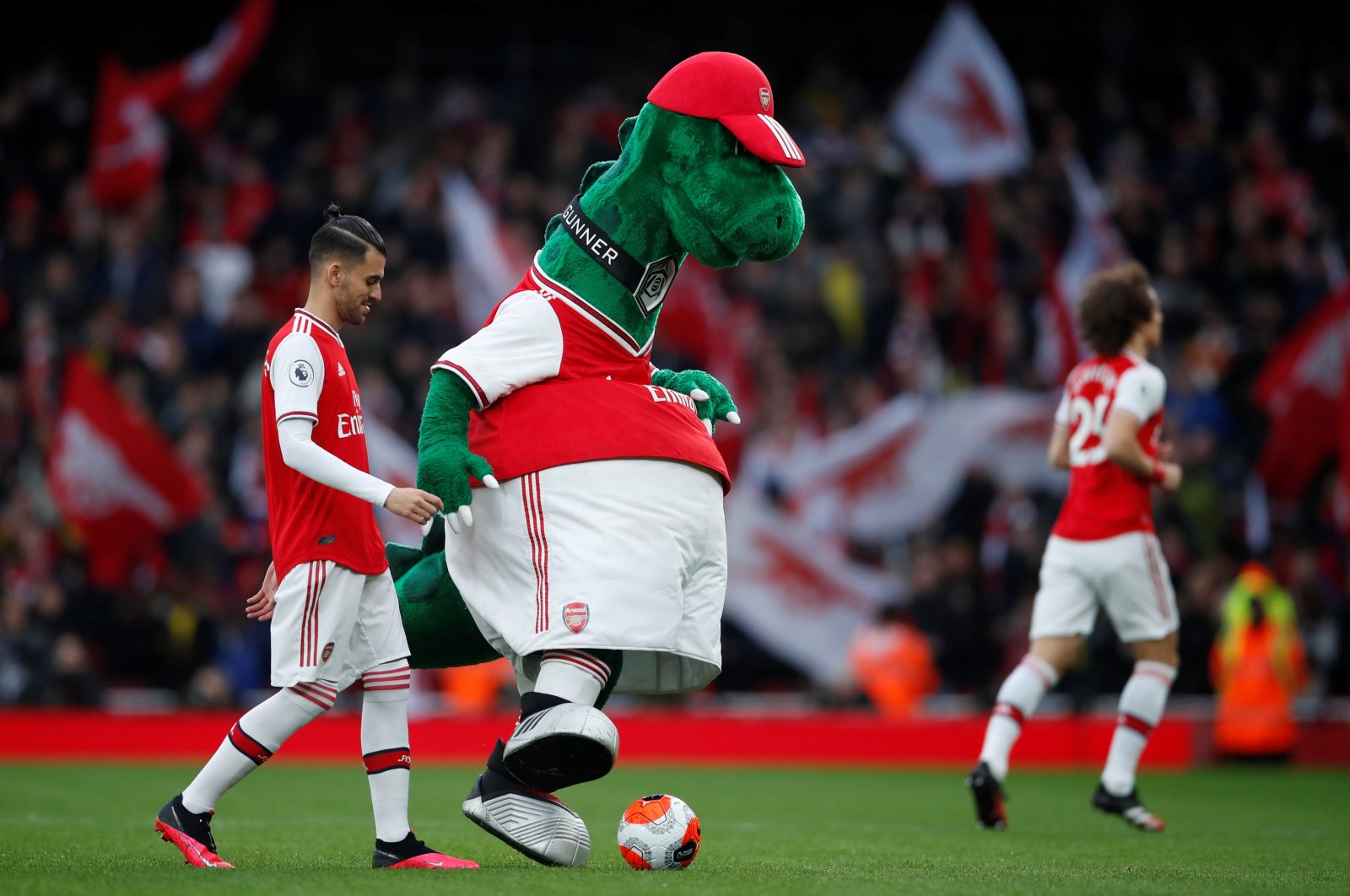 Arsenal midfielder Mesut Özil roared to the rescue of the club's recently made redundant employee who dresses up as the Gunnersaurus mascot on Tuesday, offering to pay his salary as long as he remains at the club.

Jerry Quy, who had a role as an away supporters liaison as well as entertaining home fans at the Emirates Stadium as the green dinosaur, was recently let go by the club due to the impact of the COVID-19 pandemic, according to British media reports.

However, Arsenal said that the mascot was not extinct and would return once supporters were allowed back at English soccer games after coronavirus safety measures were eased, although they did not clarify whether Quy would continue in the role. "Gunnersaurus will always be an important part of Arsenal and we look forward to him entertaining our fans when they’re allowed back at matches," the club said in an emailed statement but added that it could not discuss personal staff information.

Özil, one of the club's highest-paid players but who has fallen out of favor with coach Mikel Arteta, has offered to help Quy financially to allow him to stay on.

"I was so sad that Jerry Quy aka our famous & loyal mascot @Gunnersaurus and integral part of our club was being made redundant after 27 years," Özil said on Twitter on Tuesday, adding the hashtag #JusticeForGunnersaurus. "As such, I’m offering to reimburse @Arsenal with the full salary of our big green guy as long as I will be an Arsenal player ... so Jerry can continue his job that he loves so much."