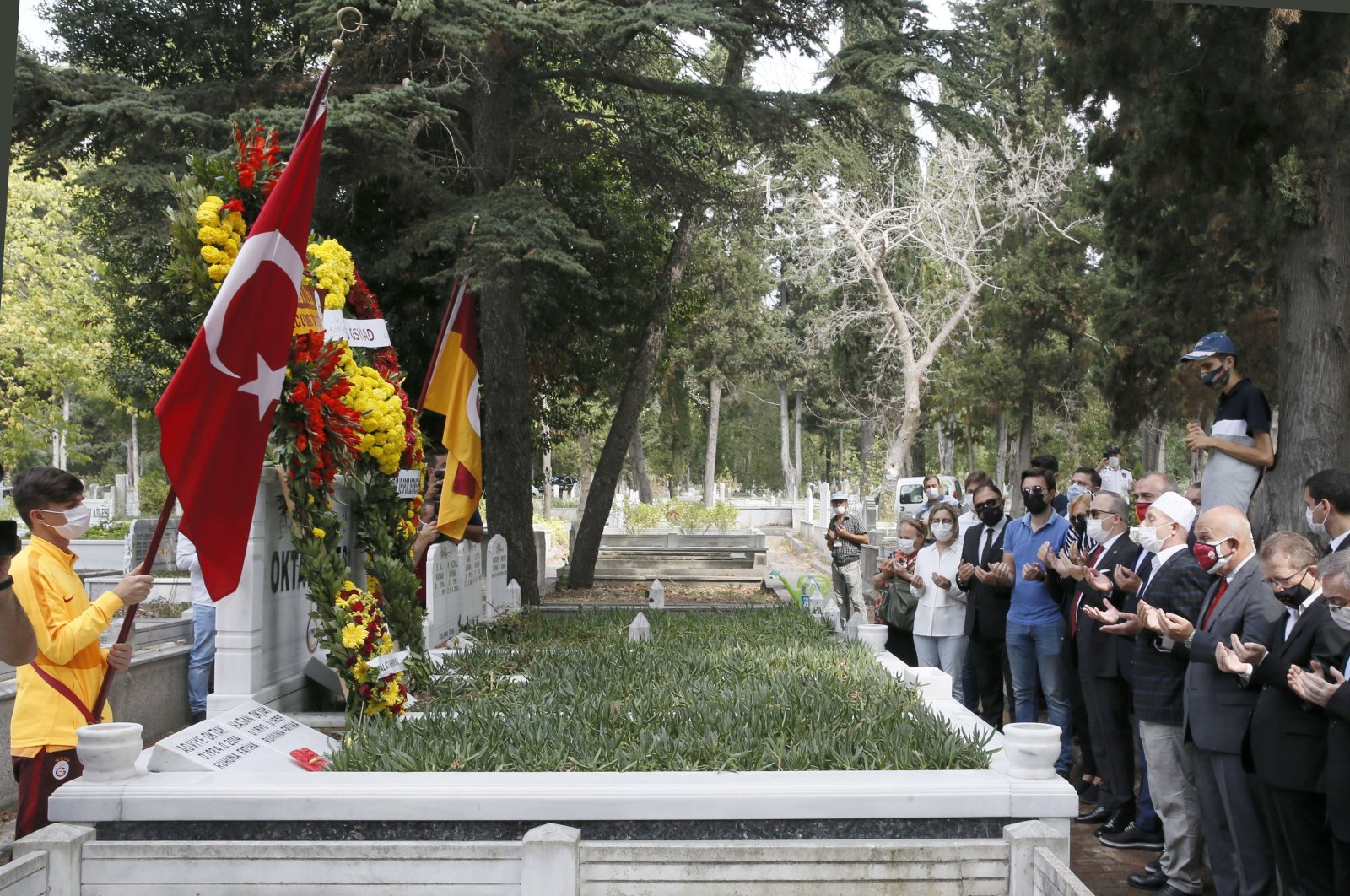 Turkish football legend Metin Oktay, also known as the "Uncrowned King," was commemorated Sunday on the anniversary of his tragic death.

Oktay left his mark on the Istanbul-based side Galatasaray's history with his unbound talent on the pitch. Over the course of his career, Oktay became the top scorer six times in the Turkish league.

He was born Feb. 2, 1936, in the Aegean province of Izmir and his professional football career began with Izmirspor, where he played from 1954 to 1955.

In 1955, the 19-year-old moved to play for Turkish giants, Galatasaray, on a five-year contract – in exchange for a car.

Meanwhile, Oktay scored 38 goals in 1963, the most goals in a season. Another Galatasaray legend, Tanju Çolak, broke the record in the 1987-1988 season when he scored 39 goals.

Oktay also became the top scorer in 1969 with 17 goals when the Lions clinched the league title. He is one of the best finishers in the Turkish league's history with a total of 217 goals.

In addition to club performance, Oktay made 40 appearances for the Turkish national team, netting seven goals.

Italian side Palermo transferred him in 1961 after a successful tenure with the Lions. When playing for Palermo he scored three goals over 12 appearances. Oktay, who returned to Turkey in 1962, spent seven years with Galatasaray before retiring in 1969. He was also a crucial player for derby games against Istanbul rivals Fenerbahçe and Beşiktaş.

During a derby against Fenerbahçe in the Turkish league final in 1959, Oktay hit the ball so hard it ripped the net. The Yellow-Canaries let in 18 of his goals, while he scored 13 against another city-rival, Beşiktaş.

Following his retirement, Oktay was appointed assistant coach and head coach of Galatasaray and also managed Bursaspor for several years.