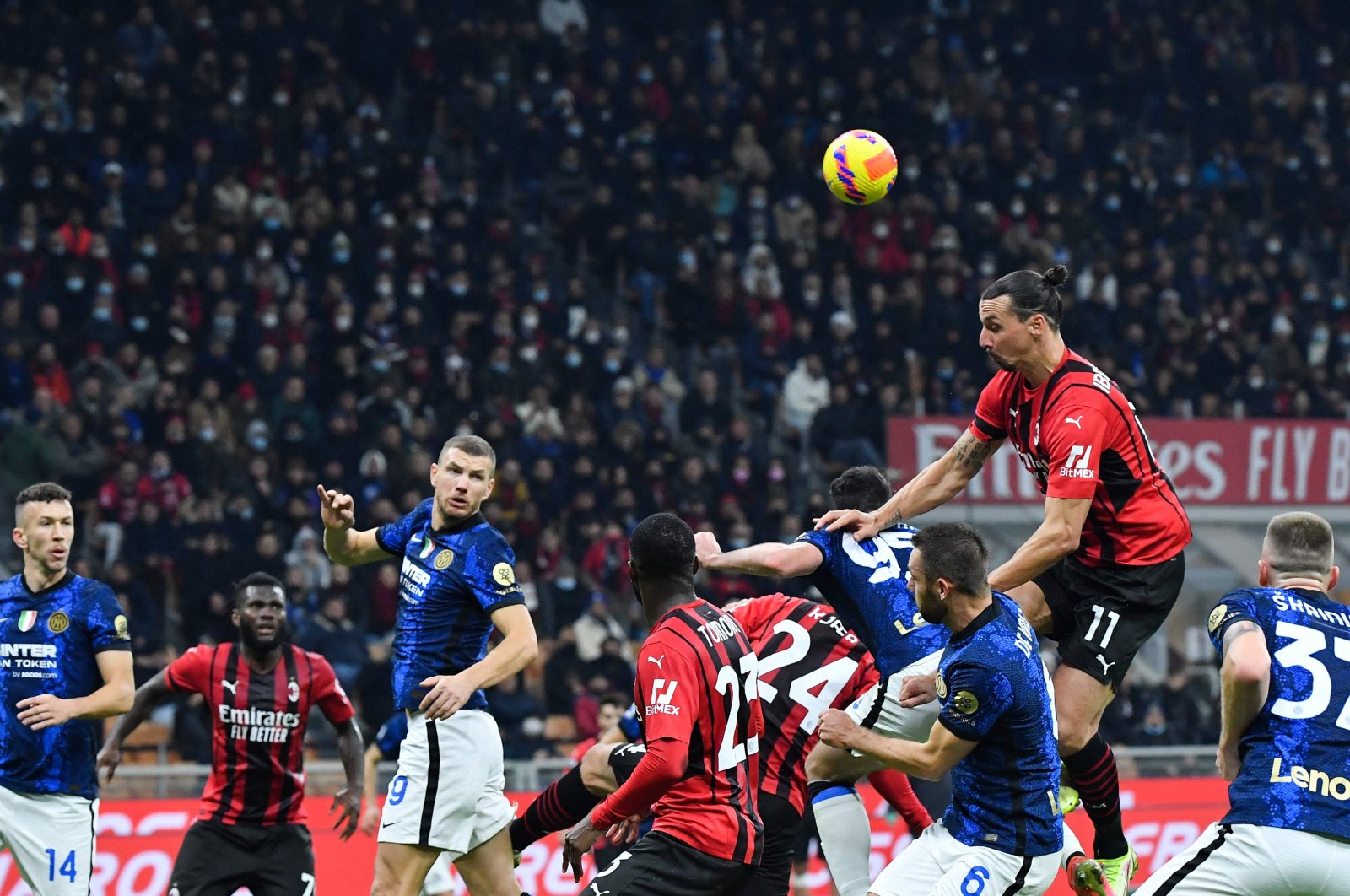 Napoli maintained its Serie A lead despite a draw against Hellas Verona after the much-hyped Milan derby ended in a 1-1 draw on Sunday.

A win could have taken Stefano Pioli's AC Milan to the top which is Now level with Napoli on 32 points.

Milan, whose fans unfurled a huge display before the match in honor of health workers and those who had died of COVID-19, will be ruing a missed opportunity to claim first place after Napoli could only manage a 1-1 home draw with Verona earlier in the day.

"The glass is half-full because when you prepare matches you want to win them, above all the derby," said Pioli to DAZN.

"Inter is a good team and we proved that we are strong too. It was a positive performance."

Neither side will be happy with the derby point as they both had opportunities to win the match in front of 57,000 fans, with Alexis Saelemaekers striking the post late for Milan.

Lautaro Martinez meanwhile missed Inter's second penalty of the night just before the half-hour mark and wasted other chances to snatch the winner for nominal away side Inter, who was looking for a win to boost its title challenge.

As it is, Simone Inzaghi's team stays seven points behind the league's two front-runners in third place.

"For me, the glass is half-empty ... Looking at the chances we had we deserved more," said Inzaghi.

"Milan and Napoli have kept up an incredible rhythm but there is time and we are up there. We want to keep pushing forward."

Napoli wore a kit bearing the face of club legend Diego Maradona, who died nearly a year ago, but was not inspired to beat Verona.

Verona, who finished the match with nine men after two late red cards for Daniel Bessa and Nikola Kalinic, took a point thanks to Giovanni Simeone's close-range finish from Antonio Barak's low cross in the 13th minute.

Giovanni Di Lorenzo leveled for the hosts just five minutes later but they couldn't find a winner, with Victor Osimhen and Dries Mertens striking the woodwork late in each half.

Napoli is wearing the Maradona kit for all of its games in November, with a trip to Inter Milan and a home clash with Lazio coming up in the league after the international break.

Maradona led Napoli to its only two Serie A titles and the 1989 UEFA Cup in seven successful and frequently controversial seasons in southern Italy between 1984 and 1991.

He remains an icon in Naples and his death last November was felt as keenly in the city as it was in his native Argentina.

Roma's worrying crash in form continued with a fifth defeat for Jose Mourinho's team just 12 games into the season, 3-2 at promoted Venezia.

Deservedly a goal ahead at halftime after Eldor Shomurodov and Tammy Abraham had scored following Mattia Caldara's opener for Venezia, Roma collapsed after a harsh penalty decision allowed Mattia Aramu to level with a 65th-minute spot kick.

David Okereke's neat finish with 16 minutes remaining on the banks of the Venetian Lagoon sank the club from the capital, which is now sixth and three points outside the Champions League places.

Roma's fourth defeat in seven games in all competitions, a run which includes a 6-1 thumping at the hands of Norwegian outfit Bodo/Glimt, allowed local rival Lazio to leapfrog into fifth with a 3-0 win over Salernitana.