Napoli returns to top in Serie A with Insigne penalty double 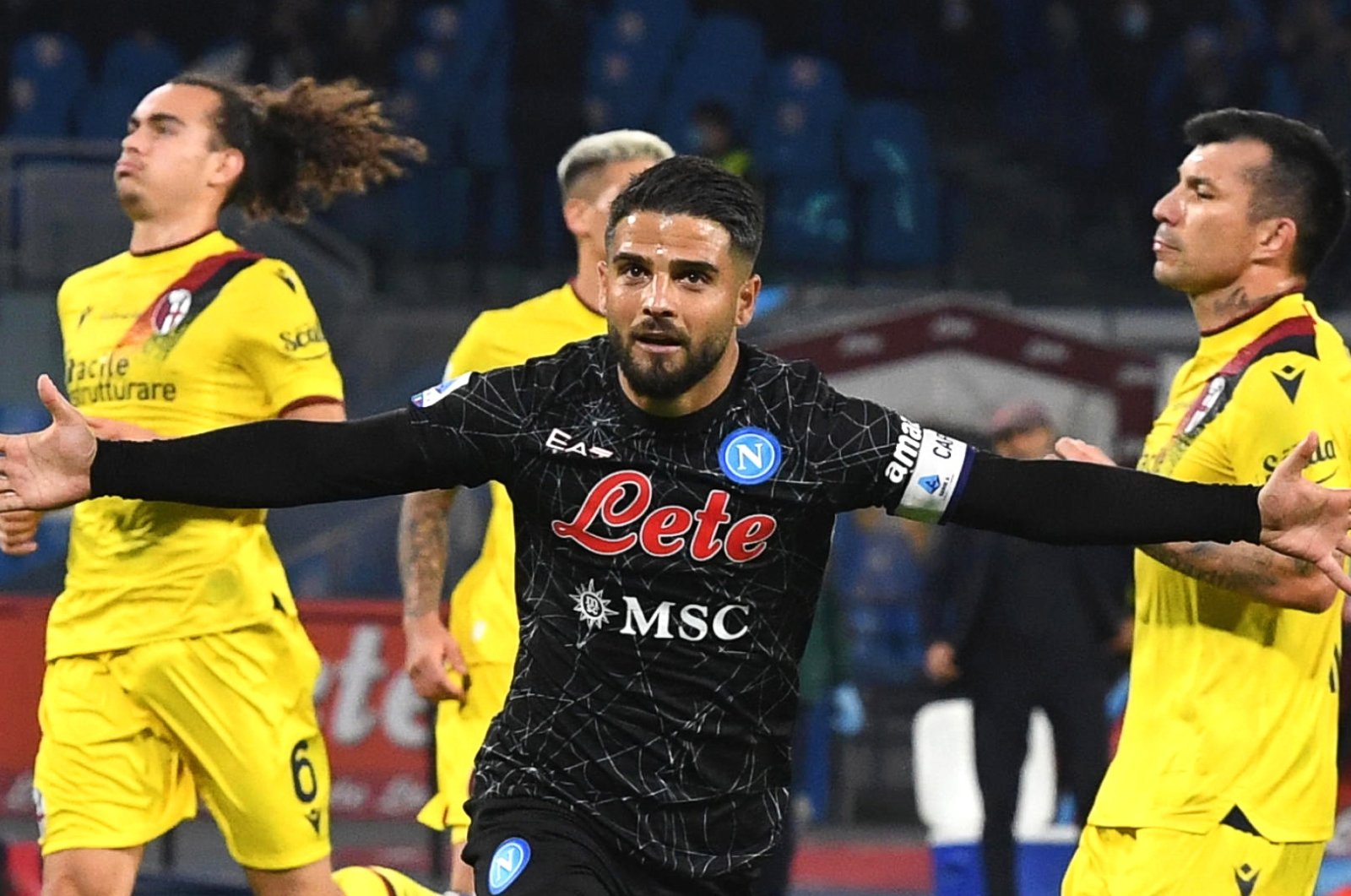 Lorenzo Insigne scored twice from the penalty spot as Napoli returned to the top of the Serie A standings, level on points with equally unbeaten AC Milan, after a 3-0 home win against Bologna on Thursday.

Spain midfielder Fabian Ruiz opened the scoring in the 18th minute at the Diego Armando Maradona stadium with a left-footed shot into the top corner from outside the box that gave goalkeeper Lukasz Skorupski no chance.

Captain Insigne doubled the tally from the spot in the 41st minute after a VAR decision confirmed Chilean center-back Gary Medel had handled the ball in the area under pressure from Victor Osimhen.

Insigne, who had missed a good 15th-minute chance, stepped up and fired into the bottom corner.

His second came in the 62nd, right-footed to the bottom left, after another VAR review when Osimhen went down in the area.

There was to be no hat-trick, with Insigne was taken off three minutes later.

Napoli coach Luciano Spalletti was absent from the dugout as he served a touchline ban after being sent off in the 0-0 draw at Roma last Sunday.

Napoli now has nine wins and a draw from 10 games and Thursday's result extended their unbeaten run at home in Serie A to 16 games.

Bologna dropped to 12th in the standings.