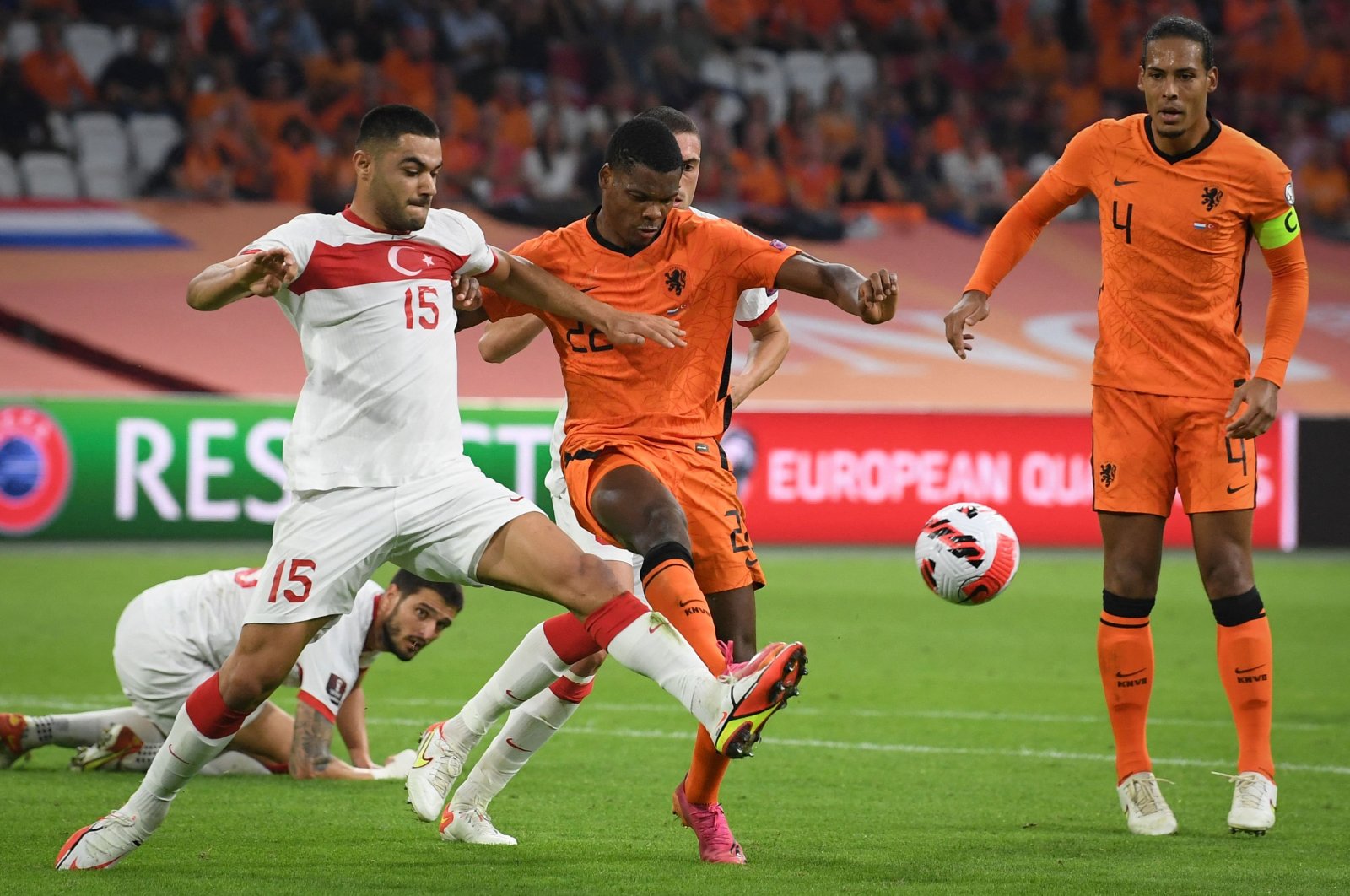 Securing its place at the top of its World Cup qualifying group, the Netherlands swept past a 10-man Turkey on Tuesday's match that ended with a score of 6-1.

New Barcelona forward Depay set up Davy Klaassen after less than a minute for the opening goal and then found the net himself in the 16th, 38th and 53rd in Amsterdam, his second cheeky "Panenka" penalty.

Substitutes Guus Til and Donyell Malen completed the rout for Louis van Gaal's men before Turkey got stoppage time consolation from Cengiz Ünder.

And when Depay was fouled shortly before intermission Turkey's Çağlar Söyüncü was sent off for this second bookable offense.

The Dutch improved to 13 points and top Group G alongside Norway who beat minnow Gibraltar 5-1, with star striker Erling Haaland like Depay getting a hat-trick. Turkey slumped to third on 11 points and next host Norway in October.

Only the group winner advances directly to next year's finals in Qatar, with the Dutch hosting Norway on the final matchday in November.

"I believe it was a really great evening. You start in outstanding fashion which helps a lot. Lets hope we can got through," captain Virgil van Dijk told broadcasters NOS.

"This will surely give a boost. We have made a fresh start with a new coach, you can feel that we are building up something nice."

Turkey had started the campaign with wins over the Dutch and in Norway but stuttered lately and crashed to its first defeat Tuesday.

The host drew first blood after less than a minute, three days after a 4-0 over Montenegro. Turkey failed to clear twice and Ajax striker Klaassen fired in off the left post after a one-two with Depay.

Klaassen then set up Depay for the second with a brilliant flick with his back towards goal, and Depay chipped the penalty into the middle of goal with Uğurcan Çakir diving to his left, after Klaassen was fouled in the area.

The dismissal of Leicester defender Soyuncu added to Turkey's woes, and Depay ended their comeback efforts nine minutes after the restart when he headed in for 4-0 from point-blank range after Steven Berghuis nodded a cross from Steven Bergwijn into the goalmouth.

Some sloppy Dutch defending gave Turkey stoppage time consolation from Ünder, with van Dijk hurting his ankle but the Liverpool man who had missed almost the entire past season said later: "It's Ok, luckily."