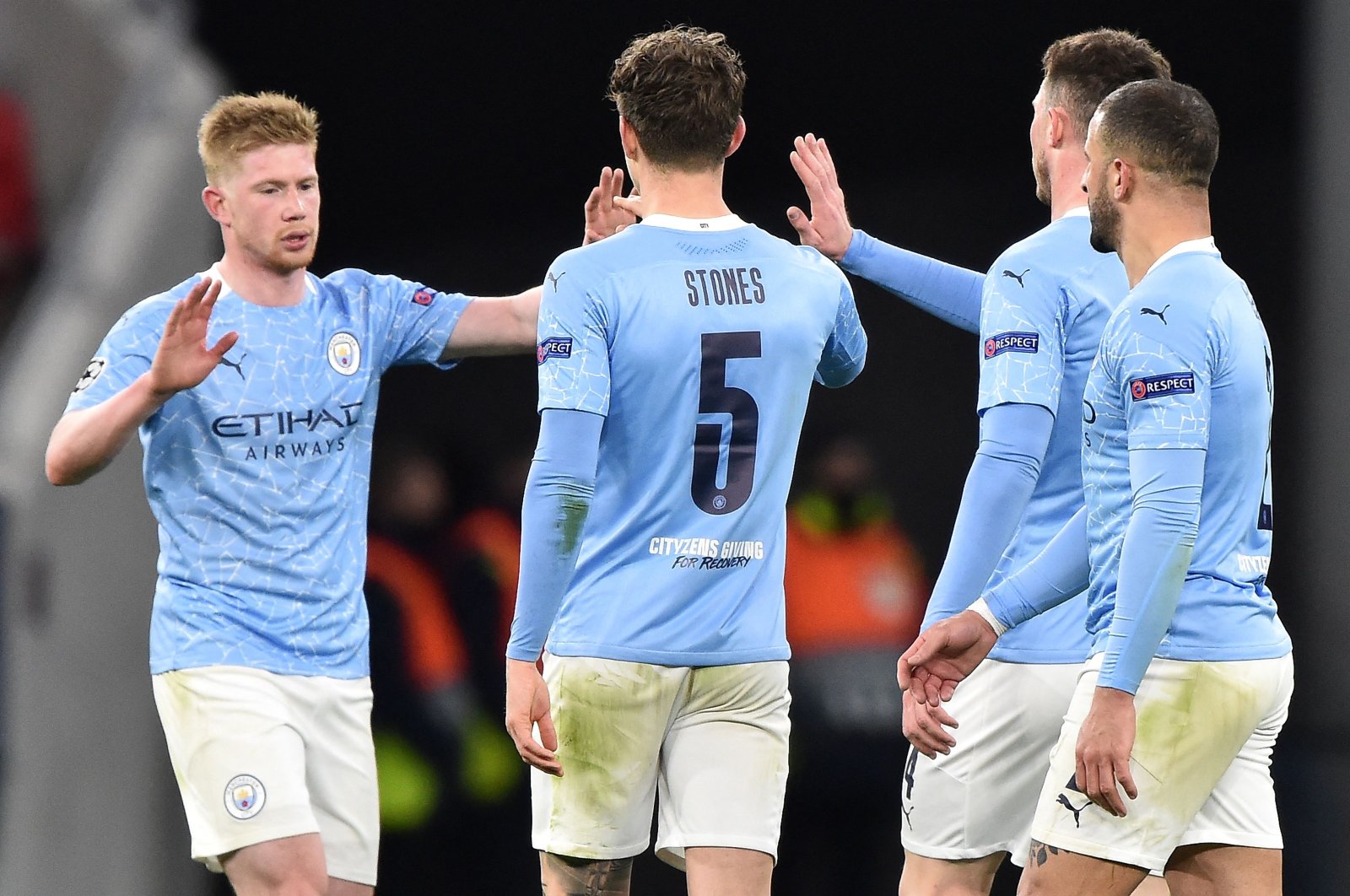 Kevin De Bruyne’s blistering strike set Manchester City on its way to a 2-0 win over Borussia Monchengladbach and a place in the quarterfinals of the Champions League for the fourth straight season under Pep Guardiola on Tuesday.

The Belgium midfielder unleashed a first-time shot from the edge of the area that flew in off the underside of the crossbar in the 12th minute, virtually ending Gladbach’s hopes of comeback after the German team lost the first leg 2-0 three weeks ago.

Ilkay Gündoğan added a second goal by finishing off a flowing team move in the 18th minute and the Premier League leaders had no problem securing a seventh straight clean sheet in the competition to seal a 4-0 win on aggregate.

City has only ever gone beyond the quarterfinals once in nine Champions League campaigns, and never under Guardiola since he arrived as manager in 2016. This might be the team’s best chance given its form, make that 24 wins in the last 25 games in all competitions, and the fact Guardiola has an injury-free squad at his disposal.

Joining City in the last eight on Tuesday was Real Madrid, which beat Atalanta 3-1 to complete a 4-1 win on aggregate. Liverpool, Porto, Borussia Dortmund and Paris Saint-Germain reached the quarterfinals last week.

Gladbach bade farewell to the Champions League and the team is unlikely to return to the competition for at least a year and a half, having dropped to 10th place in the Bundesliga on the back of a losing run since it was announced on Feb. 15 that coach Marco Rose would be leaving at the end of the season to join Dortmund. It’s now seven defeats in a row in all competitions.

Gladbach hadn’t reached this stage of Europe’s top competition since losing to Liverpool in the European Cup semifinals in 1978 and Rose’s side was outclassed by City in both legs.

It could have been a heavier loss inside an empty Puskas Arena in Budapest, which again was hosting the match because COVID-19 travel restrictions prevented Gladbach from traveling to Manchester for the return leg.

Riyad Mahrez was twice denied by goalkeeper Yann Sommer in the second half while substitute Raheem Sterling stumbled after being played in by De Bruyne.

City has lost to Liverpool, Tottenham and Lyon at the quarterfinal stage over the last three seasons.