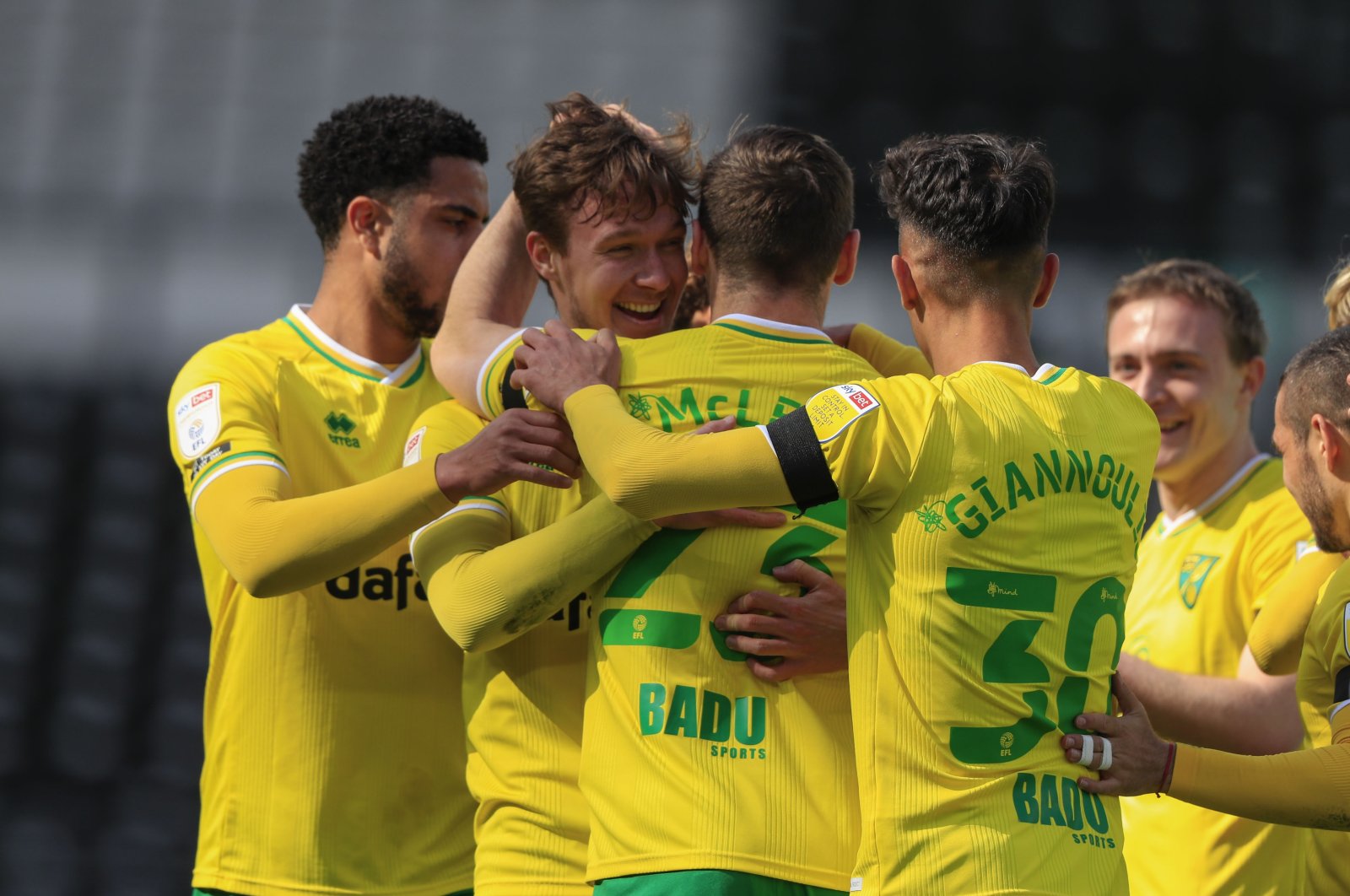 Norwich City secured promotion back to the Premier League without kicking a ball ahead of its Saturday night match with Bournemouth.

The Canaries were aware a victory over the Cherries at Carrow Road would ensure an instant return to the Premier League from the Championship flight after it was relegated in July.

However, promotion rivals Swansea and Brentford both failed to win in their mid-day kick-offs against Wycombe and Millwall, with the two games ending in draws, meaning Norwich's points total of 90 can only be reached by Watford, who occupies the other automatic promotion spot in second.

The Canaries will get the chance to toast their top-flight return and remain on track for the title with victory over Bournemouth on Saturday evening.

Boss Daniel Farke remained in charge despite its bottom place finish in the Premier League last season and has masterminded a superb campaign, with 27 wins out of its 41 league fixtures so far.