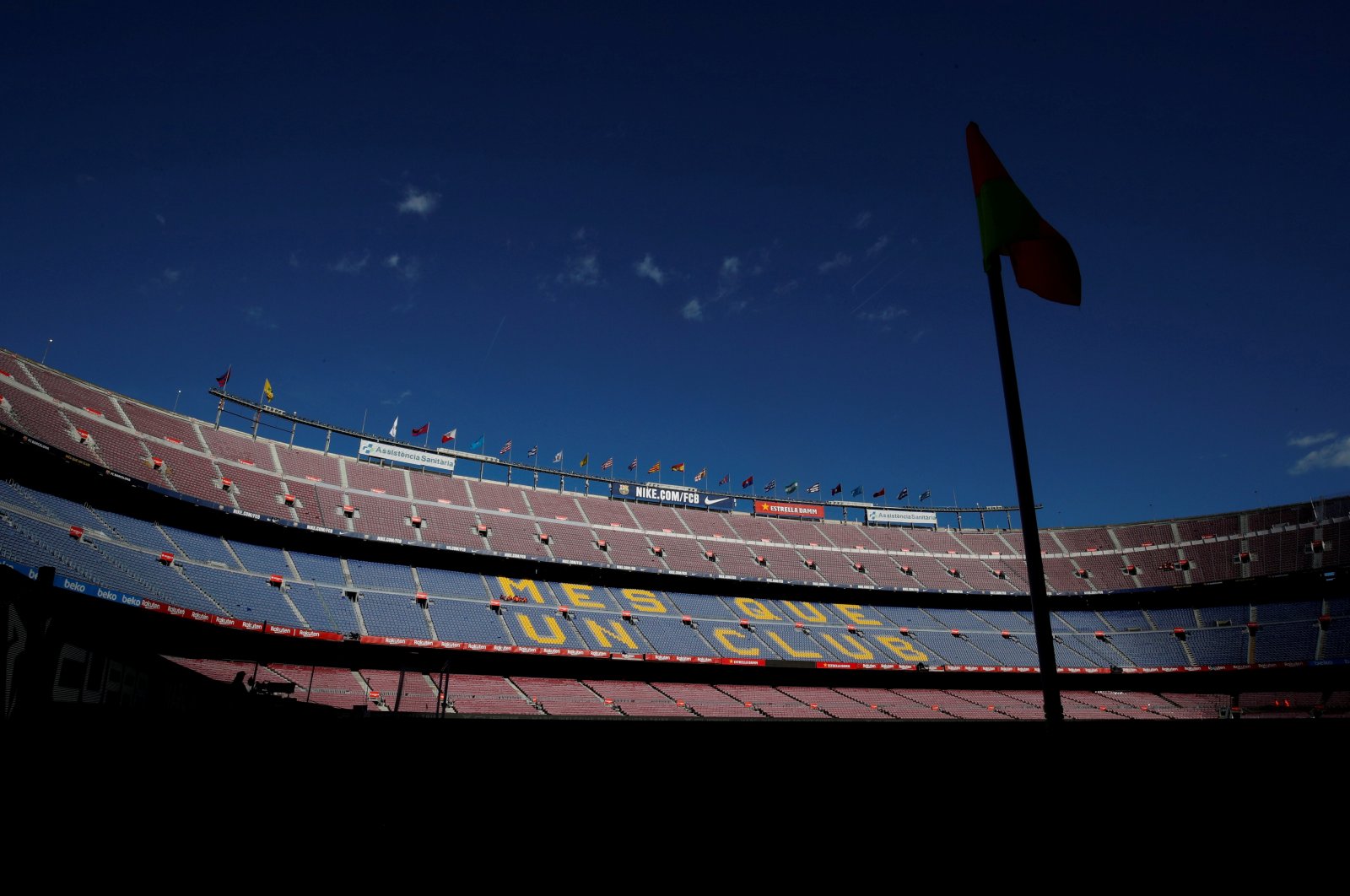 After an almighty push by all parties concerned, Spain's La Liga roars back into action next week after a three-month pause due to the COVID-19 pandemic, with matches taking place every day and with everything to play for

The season resumes in La Liga on Wednesday in bizarre circumstances with the second half of a Segunda Division match between Rayo Vallecano and Albacete that was abandoned in December due to offensive chanting, and then the COVID-19 pandemic forced a three-month suspension.
The starting gun will be properly fired with Thursday's derby between Sevilla and Real Betis, while champions Barcelona play their first game on Saturday away to Real Mallorca, with title rivals Real Madrid hosting Eibar on Sunday.
All matches will be played without spectators for safety reasons, although broadcasters plan to replicate crowd noise for television viewers, which will include a minute of applause for Spain's more-than 27,000 COVID-19 victims.
While clubs such as Eibar and Racing Santander expressed their disquiet about returning and a Cadiz player at first refused to turn up for training, Spain has been largely united by a desire for football to return to lift the mood in one of the worst-affected countries in the world by the virus.
La Liga President Javier Tebas has led the campaign to get the season back on track, warning early on that not completing the campaign could lead to a collective loss of 1 billion euros ($1.13 billion) in forfeited broadcast revenues and prize money.
Old wounds between Tebas and federation President Luis Rubiales resurfaced in the early stages of negotiations. But after an eight-hour meeting organized by Junior Sports Minister Irene Lozano in April, they finally pledged to work together to ensure the season was completed.
"How we act in this pandemic and the measures we take will determine how the world looks in the next few years, and they were conscious of that and their need to cooperate," said Lozano of the unlikely meeting of minds.
As part of the commitment, La Liga increased its funding to the ministry and federation, while the latter lifted a ban on matches on Mondays and Fridays, paving the way for matches on every day of the week.
Spain's footballers have welcomed the return of the season, although they concede it will not be the same without the supporters.
"It's going to be a very strange sensation. Football is all about the fans," said Atletico Madrid's Marcos Llorente.
Spain coach Luis Enrique went further: "Playing matches without supporters is sadder than dancing with your sister," he said.
"But we have to understand this is a global business, and even though the spectacle will be very different, it can help us pass the time and get through this moment."
Barcelona led the table by two points over Real when the season was paused in March, and the two rivals are braced for one of the tightest title races in recent memory.
The fight for Champions League football is even closer, with five teams vying for third and fourth place.
The bottom 10 sides are separated by only 14 points, meaning the fight to avoid relegation will be just as gripping.