Özil says he will see out his contract at Arsenal 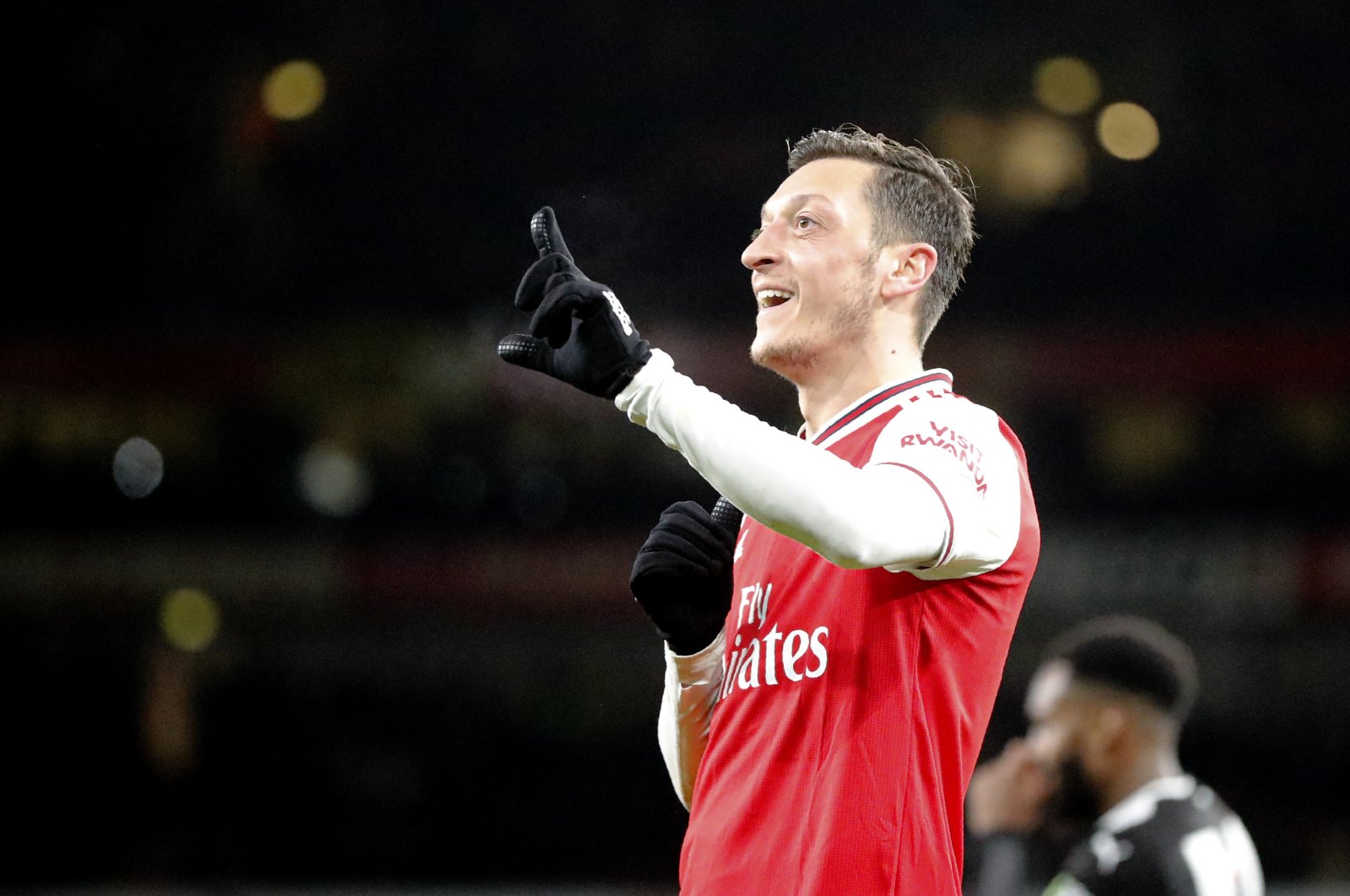 Mesut Özil insists he is the only person who will decide when he leaves Arsenal after the German star was frozen out by Gunners boss Mikel Arteta.

Özil has not played for Arsenal since the coronavirus hiatus amid reports that the club is keen on taking his huge salary off the wage bill.

Özil was absent as Arsenal beat Chelsea in the FA Cup final on Aug. 1, but he will not allow the club to force him out before his contract expires in June 2021.

Holding out hope of winning back his place next season, Özil told sports website the Athletic: "Things have been difficult, but I love Arsenal. I'll decide when I go, not other people. I'll give everything I have for this club. Situations like these will never break me, they only make me stronger," Özil said.

"I showed in the past that I can come back into the team, and I will show it again."

Özil fell out of favor with Arteta's predecessor Unai Emery but started all 10 of Arsenal's Premier League games after the former Gunners midfielder took charge in December.

However, he has not been featured in any of their competitions in the past 13 matches, with Arteta saying his exile was due to "football reasons."

Özil believes he deserves another chance. "You don't play 10 games in a row if you're unfit, not good enough or don't behave well."

Arteta and many Arsenal players accepted a 12.5% pay cut in April as a result of the financial fallout from the coronavirus.

But Özil did not vote for the cut, and he is concerned that "possibly the decision affected my chances on the pitch."

"As players, we all wanted to contribute. But we needed more information and many questions were unanswered."

Özil fears there is now an agenda against him that will make the rest of his time at Arsenal uncomfortable.

"I guess that's because it is me and people have been trying for two years to destroy me, to make me unhappy, to push an agenda they hope will turn the supporters against me and paint a picture that is not true," he said.