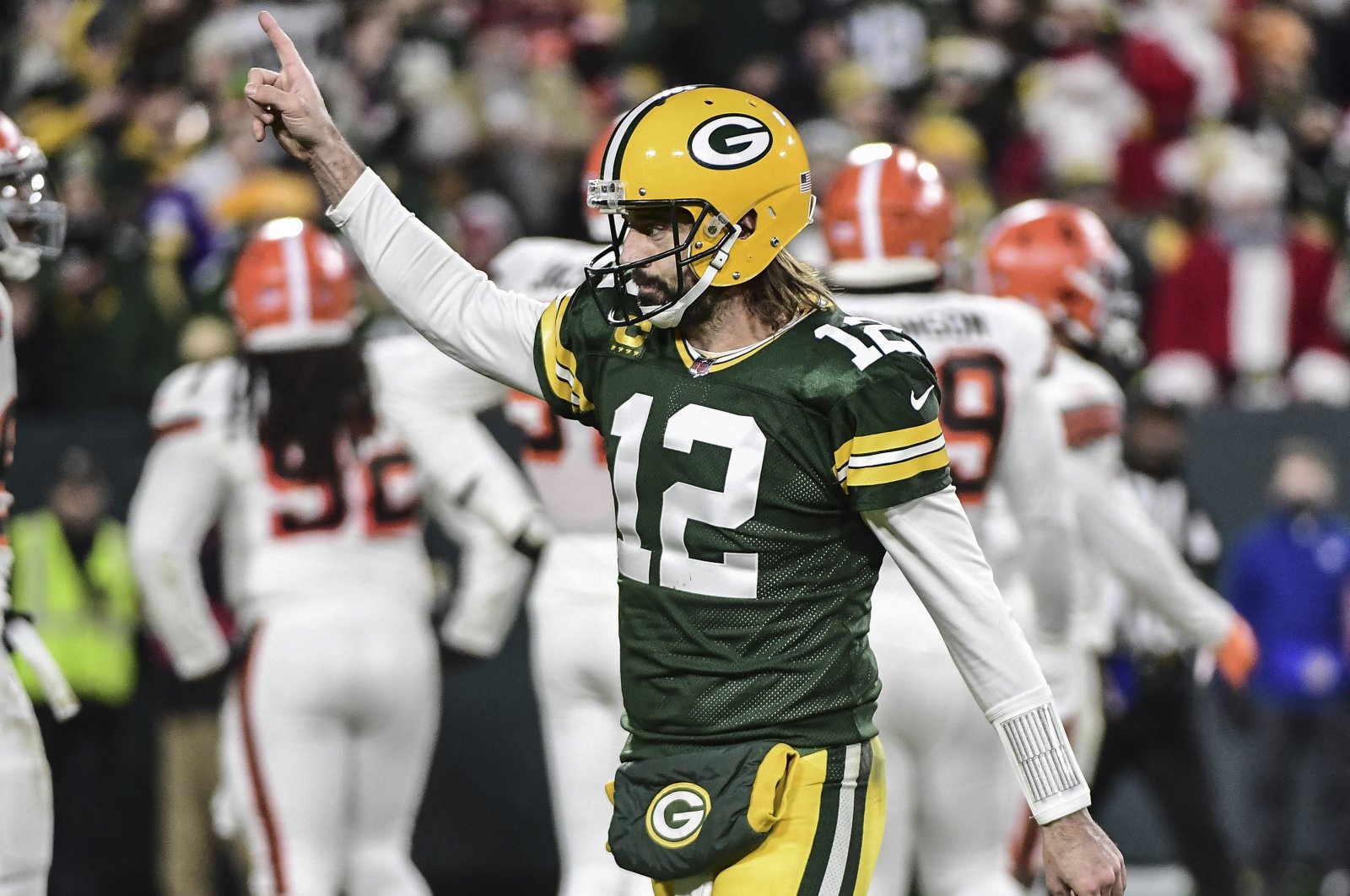 Green Bay's Aaron Rodgers surpassed Brett Favre to become the Packers' all-time leader in touchdown passes in a 24-22 victory over the Cleveland Browns on Saturday.

Rodgers went 24 of 34 for 202 yards with three touchdown passes to increase his career total to 445. Favre threw 508 touchdown passes during his Hall of Fame career, 442 of them with Green Bay.

But it was Green Bay’s defense that sealed this victory by sacking Mayfield five times and forcing him into his first career four-interception performance. All three of the Packers’ touchdowns came after Mayfield interceptions. The Packers (12-3) sealed the victory when Rasul Douglas picked off his second pass of the day with 43 seconds left.

Mayfield was 21 of 36 for 222 yards with two touchdowns, as well as those four picks in his return from the reserve/COVID-19 list, which caused him to miss a 16-14 loss to the Las Vegas Raiders last Monday.

Nick Chubb ran for 126 yards and a touchdown to lead the Browns’ 219-yard rushing effort that kept them in the game.

Missing at least eight regulars because of complications related to COVID-19, the Browns trailed 24-12 in the third quarter but nearly came all the way back.

Cleveland (7-8) narrowed the deficit to 24-22 on Mayfield’s 5-yard pass to Anthony Schwartz with 4:31 left. The Browns then forced a punt and got the ball back at their 25 with 2:05 and three timeouts remaining. They had third-and-10 at the 50 when Douglas picked off Mayfield's pass intended for Donovan Peoples-Jones at the 40.

Darnell Savage and Chandon Sullivan also had interceptions. Rashan Gary had two of the Packers' five sacks against the Browns, whose offensive line was decimated with left tackle Jedrick Wills and center JC Tretter both on the COVID-19 list.

Until the Browns produced their second-half threat, the day belonged to Rodgers, who broke Favre’s record by throwing an 11-yard TD pass to Allen Lazard in the first quarter.

Rodgers spent his first three NFL seasons backing up Favre before taking over in 2008. Favre sent a message to Rodgers in a video that aired on the Lambeau Field scoreboard after the record-breaking touchdown pass.

"Hey, 12, congratulations, man, on passing my touchdown record,” Favre said. "I have one request. Go get us another Super Bowl. Congrats.”

Rodgers later threw two touchdown passes to Davante Adams, who had 10 catches for 114 yards. Adams has caught at least 10 passes for 100 yards and two touchdowns in eight career games, the most of anyone in NFL history.

The Packers already have clinched the NFC North title and are seeking the conference’s top playoff seed as they chase their first Super Bowl berth since their 2010 championship season. They have lost in the NFC championship game each of the last two seasons.

Rodgers went to the locker room late in the first half after aggravating his toe injury but didn't miss a down. Rodgers has been playing with a fractured left pinky toe. Packers guard Royce Newman appeared to step on the injured toe inadvertently. ... Packers DL Tyler Lancaster left in the fourth quarter.