PAOK knocks Beşiktaş down to Europa League with 3-1 defeat 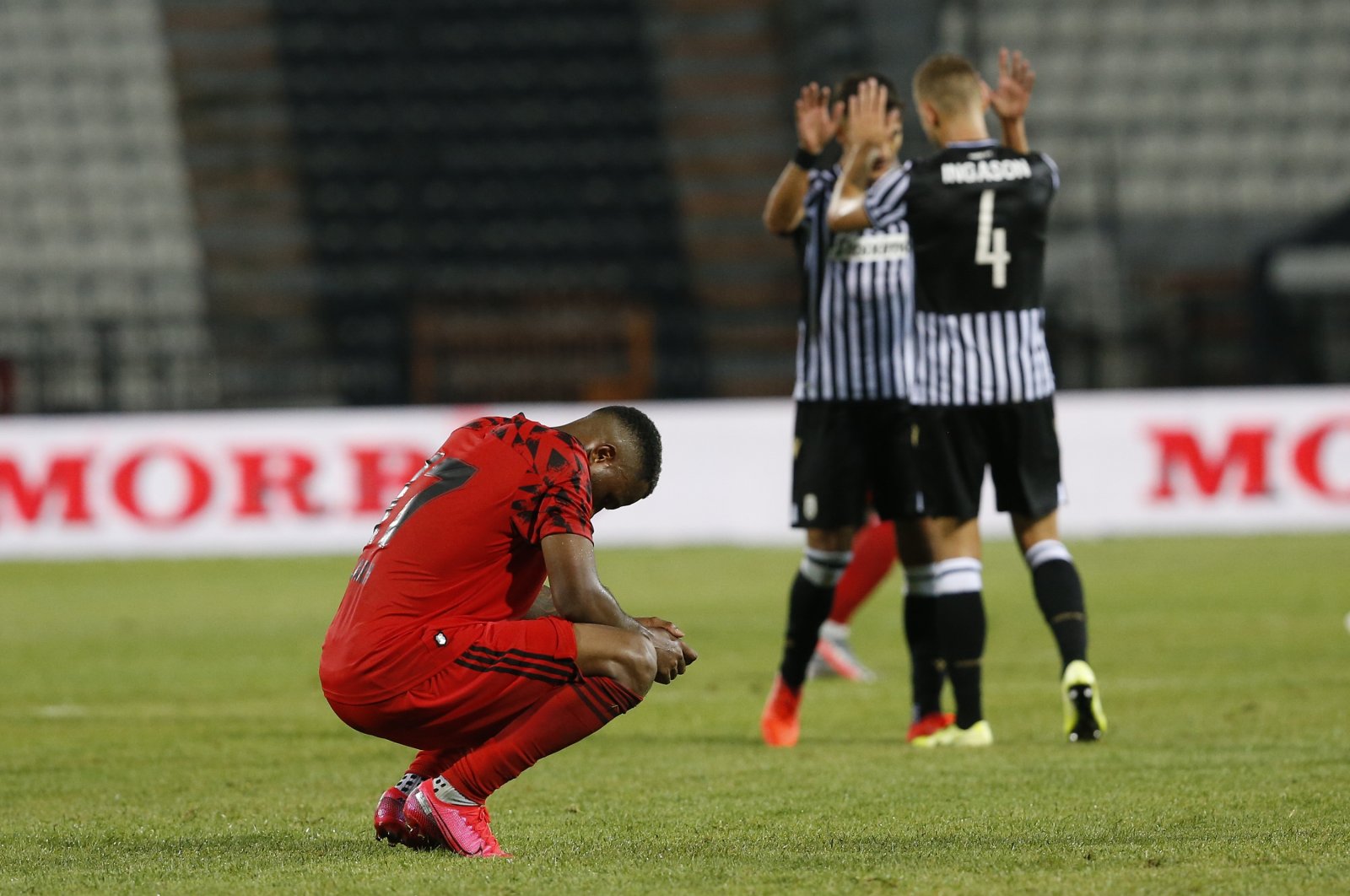 Turkish Süper Lig giant Beşiktaş was knocked out of next season’s Champions League in the second qualifying round after suffering a 3-1 defeat by Greek side PAOK Tuesday.

PAOK raced into a 2-0 lead against Besiktaş thanks to a Christos Tzolis brace, who scored after a quick attack down the left flank with a fine finish into the top corner at the seventh-minute mark, before bundling in the second goal at close range.

Dimitrios Pelkas brought the score to 3-0 in the 30th minute after rounding off a swift break with a tap-in from 5 meters (5.5 yards) away.

Beşiktaş’s only goal came from Cyle Larin, who slid in to sweep the ball home from 10 meters (11 yards) after good work by Tyler Boyd.

Speaking after the match, Beşiktaş coach Sergen Yalçın said the team had a lot of new players who were not used to playing with each other.

“We have new players. We have Wellington and N’skala. They both played for the first time,” he said, adding that the Beşiktaş conceded “very easy” goals.

Yalçın also blamed the referees for questionable choices, saying that one of the goals PAOK scored was likely an offside but the absence of a video-assisted referee (VAR) system made it impossible to know for sure.

“We didn’t expect such bad calls from the referees. They made terrible calls. You would never see referees with such malintent in the Champions League. PAOK’s No. 7 (Omar El Kaddouri) would have been sent out at least three times in a normal match,” he fumed.

Held behind closed doors in Greece’s Thessaloniki, the match was played as a single knockout game instead of the standard two-leg match format in line with UEFA’s coronavirus precautions.

Following Tuesday’s defeat, Beşiktaş will continue its European campaign in the Europa League.