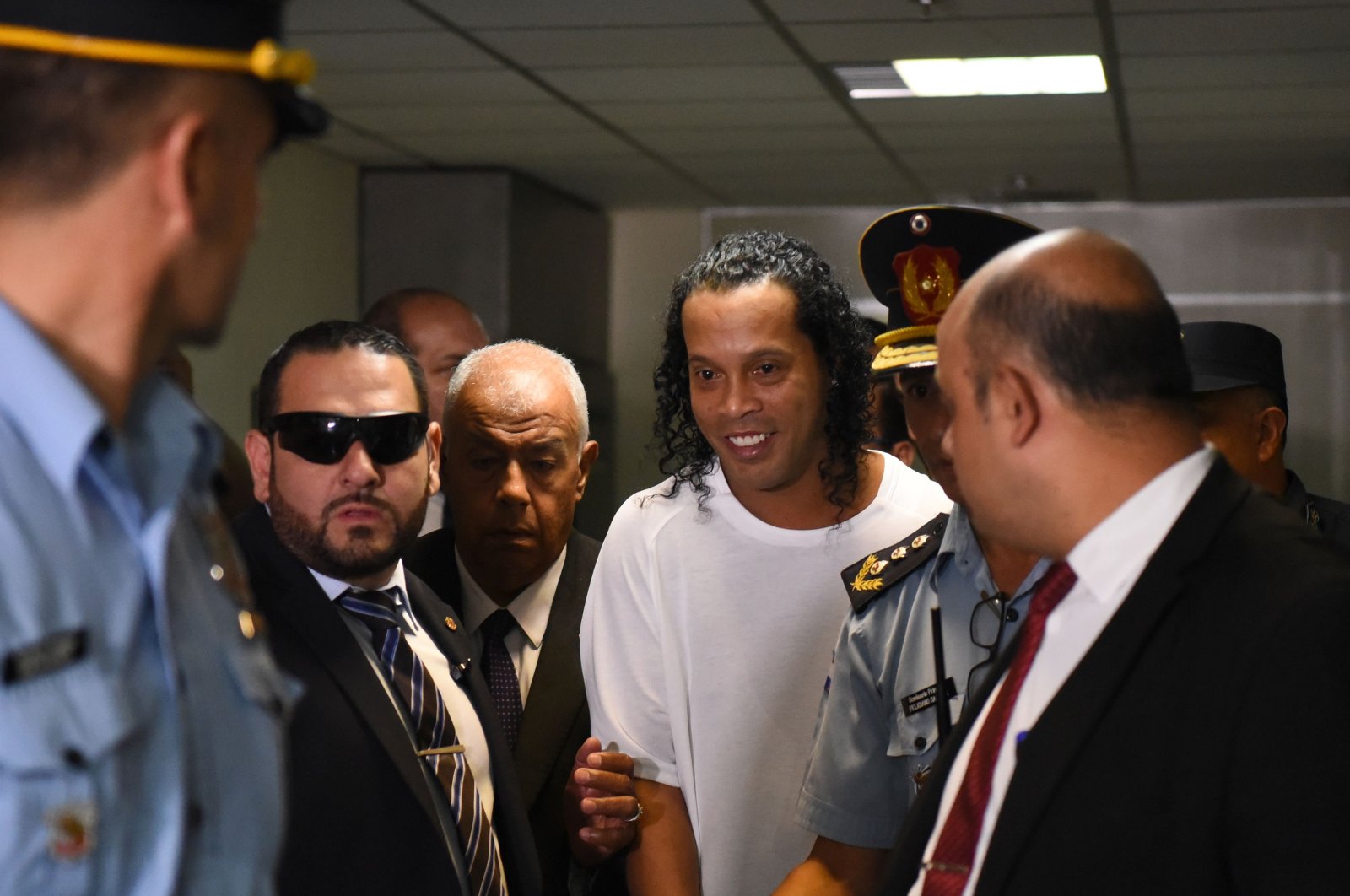 A Paraguayan judge on Tuesday ordered the release of Brazilian football great Ronaldinho and his brother to house arrest while they await trial on charges of using false passports to enter the country.

Judge Gustavo Amarilla told reporters that he had ordered the "continuation of house arrest in a hotel for Ronaldinho and his brother."

The pair were jailed one month ago to await trial, but their lawyers have posted bail of $1.6 million.

Ronaldinho, considered one of the greatest footballers of all time, was a star of Brazil's 2002 World Cup win and played for European giants Barcelona, Paris Saint-Germain and AC Milan, among others.

The ruling means the brothers can swap their grim police cellblock – which has also housed Paraguay's former football federation chief and the ex-speaker of the lower house of parliament – for a plush colonial-style hotel in downtown Asuncion.

The brochure of the refurbished 107-room Palmaroga Hotel, located in the capital's historic center, describes it as offering "a seamless blend of early 1900s Renaissance grace and modern comfort as well as luxury."

"I have the assurance of the hotel managers that they, at their own expense, can observe house arrest there," Amarilla told a news conference.

Paraguay's appeals court last month rejected a request to release the pair, meaning the two-time world player of the year spent his 40th birthday behind bars.

With Paraguay's capital on lockdown due to the coronavirus pandemic, the judge communicated his ruling in a cellphone call to the brothers, with prosecutors and defense lawyers – and TV cameras – present. The judge and many others wore face masks as a precaution against the virus.

A beaming Ronaldinho, in a black T-shirt and matching headband, gave a thumbs up sign to show he understood the terms of his release.

He and his brother, Roberto de Assis Moreira – who is also his business manager – initially encountered no problems after arriving in Asuncion from neighboring Brazil on March 4.

However, shortly after their arrival, the brothers were taken into police custody when investigators raided their hotel following the discovery that their passports were fake.

Ronaldinho, given a rock star's welcome to Asuncion by around 2,000 children and teenagers, said the passports had been given to him by sponsors of a charity working with disadvantaged children.

Fourteen other people have been charged in the case, which has expanded into an investigation into possible money laundering.

An arrest warrant has been issued for the Paraguayan businesswoman in charge of the charity foundation that invited Ronaldinho.

He proved a popular inmate of the police headquarters jail where he was held, donating a trophy to the winning team in a recent prisoners' futsal tournament.