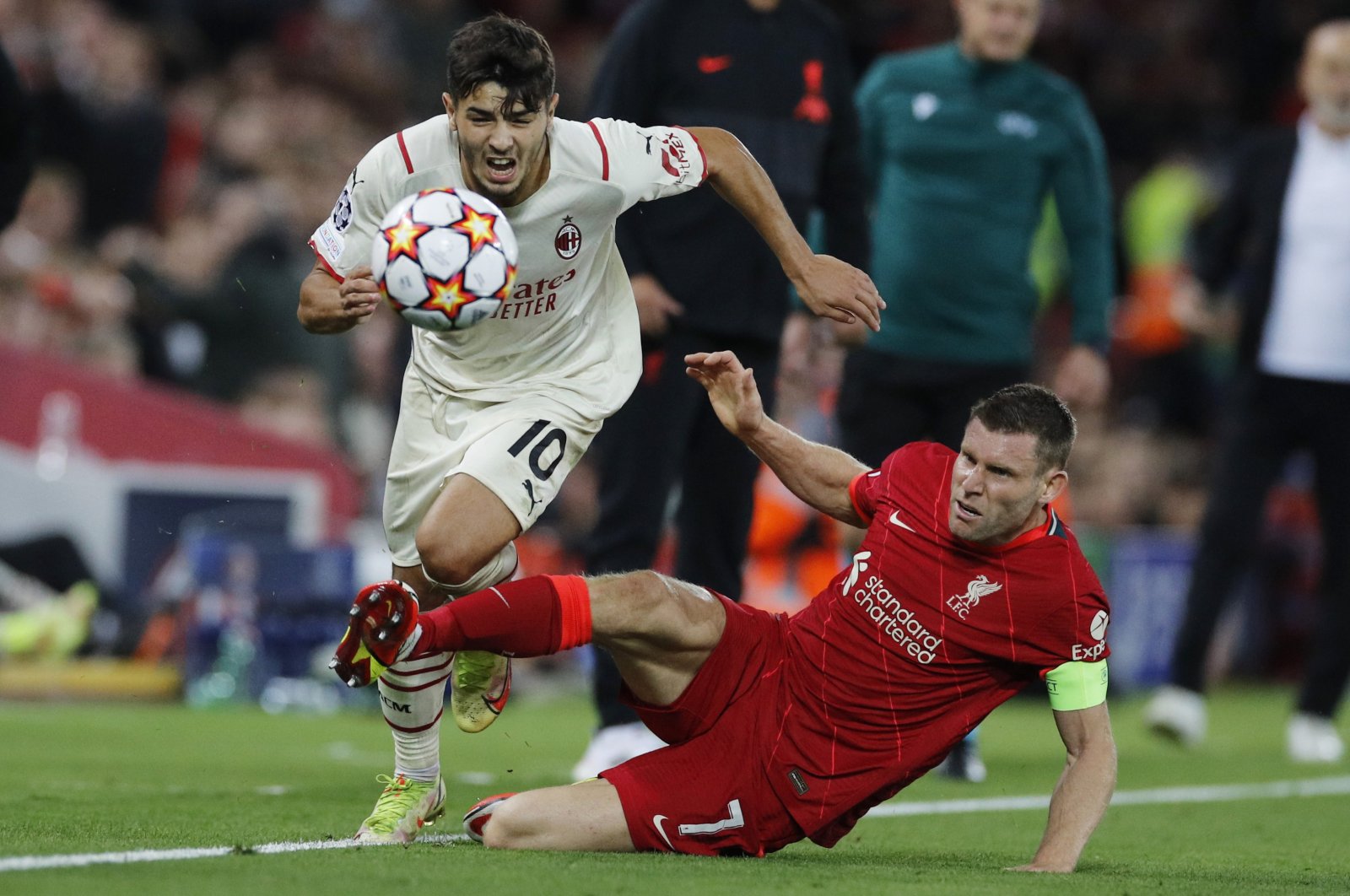 For Italian giant AC Milan, it will be out of the frying pan into the fire this week, as it prepares to face old foe Juventus after a tough Champions League outing at Liverpool.

The seven-time European champion came away from Anfield with some lessons to learn after spending the vast majority of its 3-2 defeat to Liverpool on the back foot.

In the opening 20 minutes, Stefano Pioli's side looked overawed by the occasion and a full, pulsating stadium after playing its domestic matches at grounds kept at 50% capacity as according to Italy's COVID-19 regulations.

And once 2-1 ahead against the run of play at half-time through goals by Ante Rebic and Brahim Diaz it then crumbled in the face of Liverpool pressure after the break and could have lost by more.

"The fact that we were in the game until the end is a sign of the level we have reached," Pioli said after the match.

"We're talking about a really high standard and we're not quite there but we'll use this match to grow and gain more experience."

It has an immediate test at the Allianz Stadium in probably the biggest match of the Serie A season so far, as Juve tries to build on its 3-0 win at Malmo and crack Milan's perfect start to the league campaign.

Massimiliano Allegri's side was considered the preseason favorite for the Scudetto but the sudden departure of Cristiano Ronaldo and only one draw to show from three matches has left them in disarray, eight points behind Milan, Napoli and league leaders Roma.

It will likely benefit from the absence of Zlatan Ibrahimovic, who said Thursday he wasn't sure he would recover from an Achilles tendon injury in time for the trip west.

The Swedish star picked up the knock after scoring in an impressive 2-0 win over Lazio last weekend, his first match in over four months, and missed the trip to England.

"I don't want to risk consequences further down the line, I want to maintain my fitness for the whole season so that I can always be available," Ibrahimovic said at a promotional event.

Champion Inter meanwhile will need to recover from being sucker-punched by Real Madrid when it hosts Bologna on Saturday evening.

Reachable by boat, the Penzo will host around 6,000 fans as Venezia attempts to build on last weekend's 2-1 win at Empoli with the visit of Spezia, who has had a rough start to its second season in the top flight and sit in the drop zone with just one point.

Down the road, Igor Tudor faces daunting opposition for his first match in charge of Verona – who are yet to pick up a single point – following the sacking of Eusebio Di Francesco, as Jose Mourinho's Roma come to town.

Cagliari, who also sacked its coach Leonardo Semplici just three matches into the season, travel to Lazio for Walter Mazzarri's first game in the dugout.