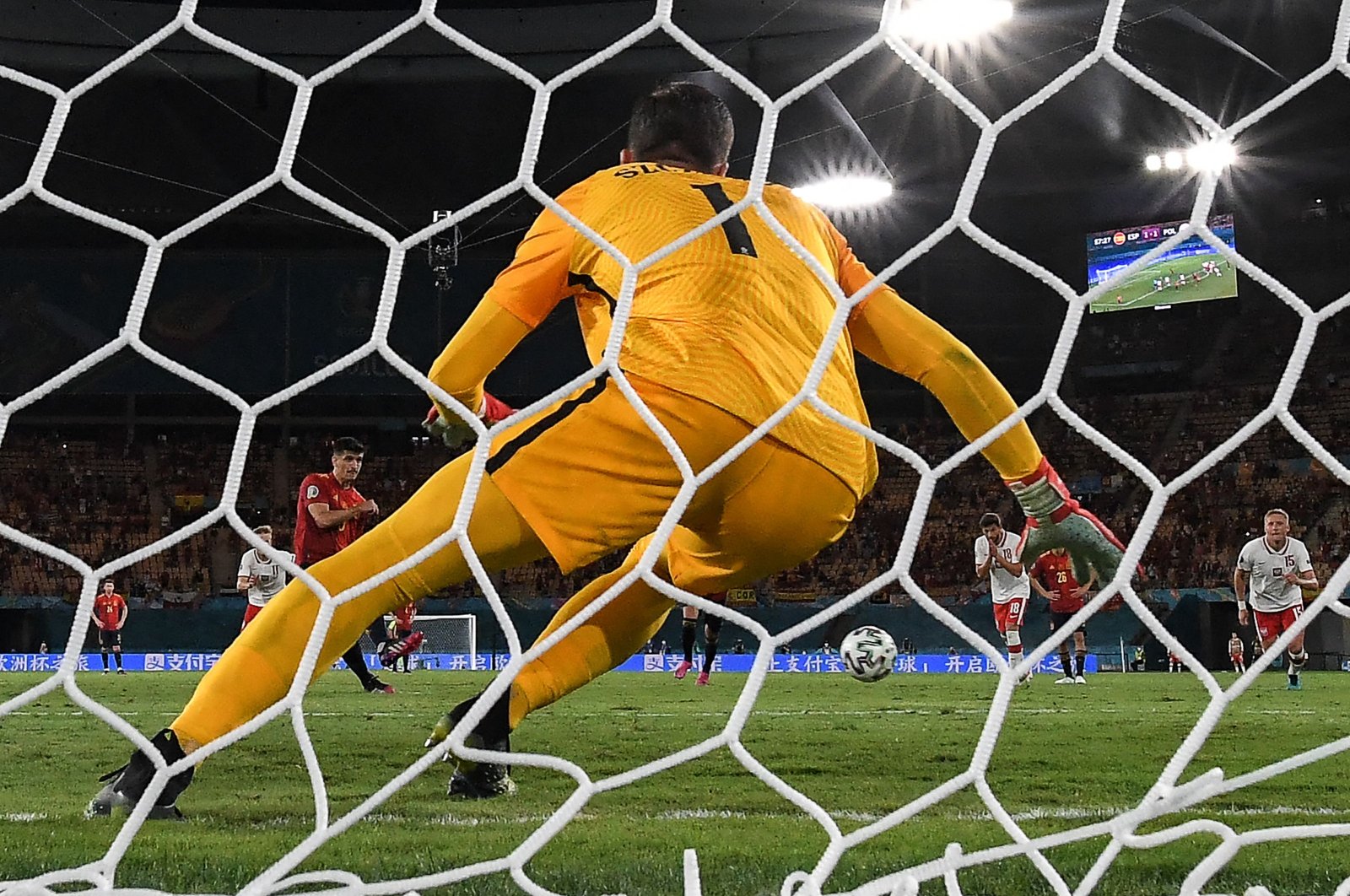 It was a night of strikers at both ends of the field at La Cartuja Stadium in Seville as Spain's Alvaro Morata gave his team the lead only to receive a response by Poland's Robert Lewandowski in a crucial Euro 2020 match that ended in a 1-1 draw.

Morata ended his scoring drought by putting Spain ahead in the 25th minute but Lewandowski evened things in the 54th with a header for only his third goal with the national team at a major tournament.

Spain striker Gerard Moreno missed a penalty kick shortly after Lewandowski’s goal and Morata then missed an open net after the ball rebounded off the post.

The result leaves Sweden at the top of Group E with four points after its win over Slovakia on Friday. Slovakia is second with three points while Spain has two. Poland still has a chance of advancing at Euro 2020 despite being last in the group with one point.

Poland midfielder Kacper Kozlowski became the youngest player in the history of the European Championship after going on as a substitute.

The 17-year-old Kozlowski went on in the second half just before Lewandowski scored.

Kozlowski was born on Oct. 16, 2003. England midfielder Jude Bellingham held the milestone for only six days. Bellingham was born on June 29, 2003. He was used as a substitute in the 1-0 win over Croatia on Sunday.