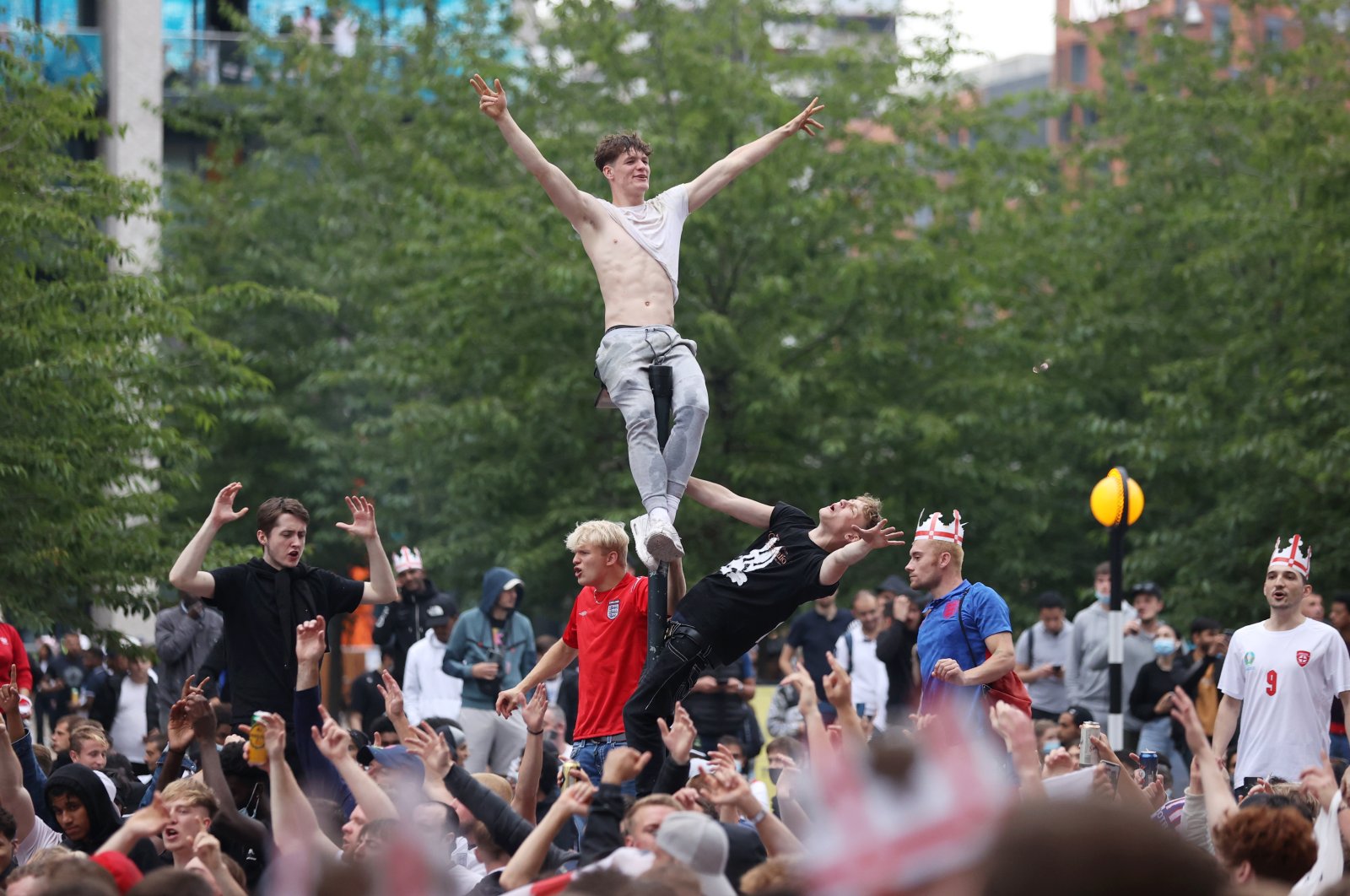 London police have released the images of 10 people sought in connection with violence and disorder at the Euro 2020 final between England and Italy.

The final, which Italy won in a penalty shootout, was marred by clashes between fans and officials in and around the stadium.

The Met Police had urged fans not to travel to Wembley if they did not have a ticket. However, several fans breached security cordons and charged into the perimeter area of Wembley before kickoff.

British police arrested a total of 86 people during and following the Euro 2020 final, they said Monday, with offenses ranging from public order offenses to actual bodily harm (ABH), drunk and disorderly behavior and criminal damage. The police said 19 officers were injured.

"The meticulous investigation will continue to identify further people of interest or indeed other offenses which may have occurred," the Metropolitan Police said late Saturday.

"This investigation is in its very early stages and I am in no doubt that further appeals and arrests will follow," the police said.

Black players in the England team were subjected to a storm of online racist abuse after their defeat in the final, with the racist comments also prompting a police probe and wide condemnation.