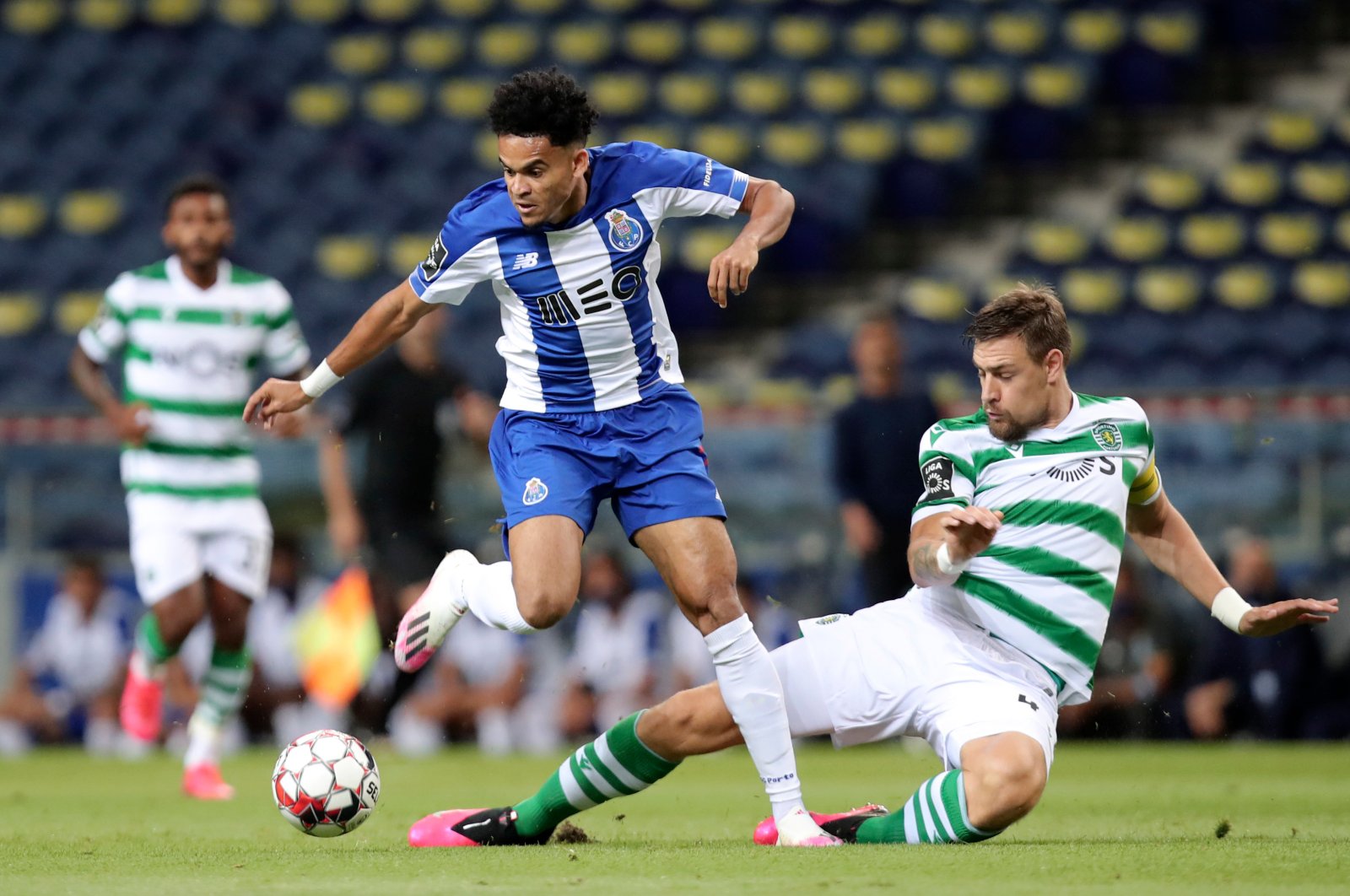 The home side dominated the opening half with Luis Diaz having a goal disallowed for a handball before Sebastian Coates cleared the Colombian forward's shot off the line.

Sporting missed its best chance in the 34th minute when Jovane Cabral headed over the bar from close range after being left unmarked at the far post.

Porto took control in the 64th minute as Danilo got ahead of his marker at the near post and turned an Alex Telles corner into the net with a superb header.

Marega sealed Porto's second title in three seasons with a dinked finish in stoppage time after a fast break, sparking loud celebrations in the center circle after the final whistle.

Porto will have the chance to win the domestic double when it meets Benfica in the Cup final on Aug. 1.