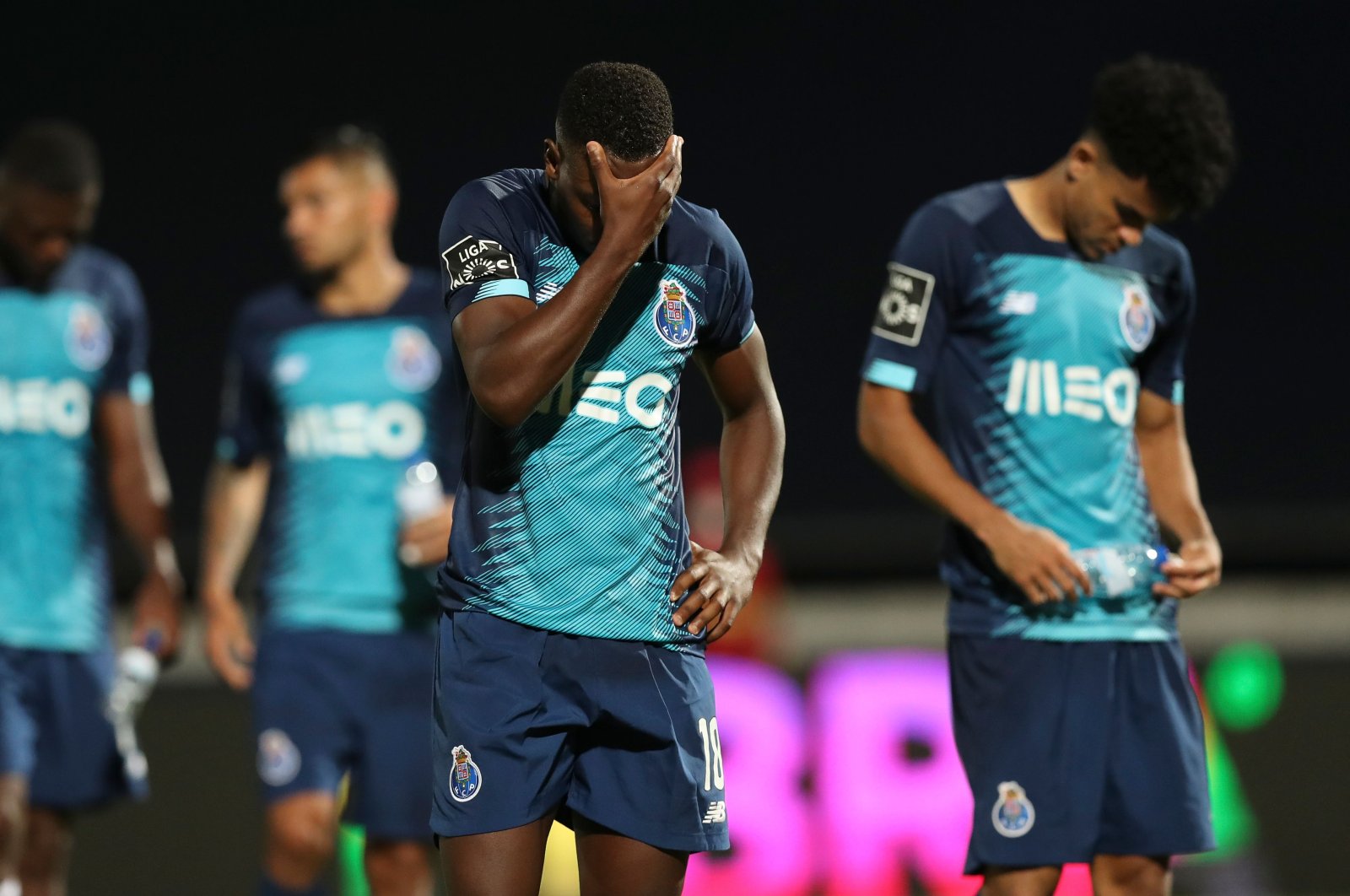 The Portuguese Primeira Liga became the second top European football league to return on Wednesday following the coronavirus lockdown as leader Porto fell to a surprising 2-1 loss at Famalicao.

Despite the match being played behind closed doors, several Porto supporters made the short trip to congregate outside the stadium.

They were left disappointed though, as their side's title hopes were dealt a blow.

Fabio Martins broke the deadlock for the hosts in the 48th minute, before Porto equalized 16 minutes from time through Jesus Manuel Corona.

But young midfielder Pote had the final say for Famalicao four minutes later.

Earlier, Lucas' goal in the second half secured a 1-0 win for second-bottom Portimonense against Gil Vicente to boost its survival hopes.

The German Bundesliga restarted in mid-May, while Spain's La Liga, the English Premier League and Italy's Serie A are all scheduled to resume later this month.

However, Ligue 1 in France and the Dutch Eredivisie both ended their seasons early.

The restart in Portugal has been overshadowed by bickering between clubs.

Health authorities called for games to be staged "in the fewest number of stadiums possible." Ultimately, 16 of the 18 top-flight clubs will play at their home ground.

Maritimo is blocking the league's proposal to allow five substitutions – up from the standard three – to ease the physical strain on players.

Some clubs, including Benfica, are also upset about the decision to broadcast matches on free-to-air television.