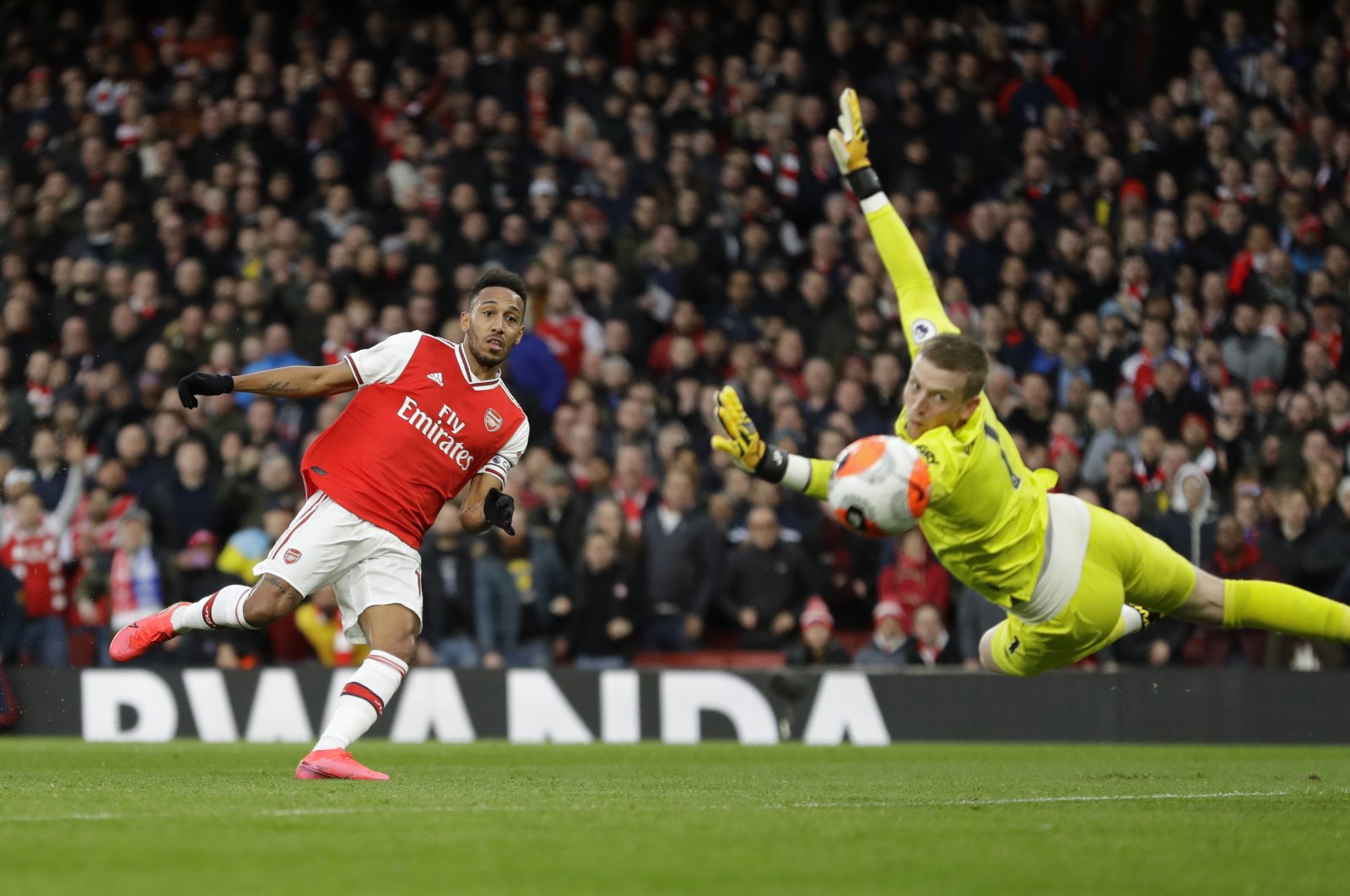 Premier League clubs received a boost to their hopes of completing the season on Monday as the government published a "road map" that could see the return of elite sport in England from June 1.

As the 20 English top-flight clubs met for further talks on "Project Restart," ministers announced plans to ease the coronavirus lockdown.

Under Step 2 of that process, which cannot begin any earlier than June 1, sporting events would be allowed "to take place behind closed doors for broadcast, while avoiding the risk of large-scale social contact."

Prime Minister Boris Johnson said he believed the return of sport on TV would "provide a much-needed boost to national morale."

Supporters face a long wait to be allowed to attend matches, though, with the latest guidelines recognizing a return to sports in front of a crowd "may only be fully possible significantly later depending on the reduction in numbers of infections."

Premier League clubs had been planning for a return to action no earlier than the week beginning June 8.

Before the resumption of matches can be considered, protocols need to be agreed on how to return to group training safely and on how the Premier League would deal with positive tests.

Brighton confirmed on Sunday that a third member of their squad had tested positive.

Cases have also been found in squads in Germany, where the Bundesliga is due to restart this weekend, as well as Italy, Spain and Portugal in recent days.

"We have protocols created and reviewed, we have a testing company appointed, but the important consultation with players and managers is the next step," said Premier League CEO Richard Masters.

"No decisions will be made until after we have talked to players and managers, and those meetings are scheduled for later this week."

'We are just people too'

Players have voiced their concerns at the prospect of being rushed back into training and eventually, into playing a contact sport at a time when the rest of the public remain encouraged to abide by social-distancing guidelines.

The U.K. has been one of the worst-hit countries in the global pandemic, with the government officially recording nearly 32,000 deaths of people who had tested positive for COVID-19.

"We are just people too," tweeted Norwich midfielder Todd Cantwell on Sunday.

There is also disagreement over where the remaining 92 matches of the season would be played.

League chiefs believed they would only get the government's green light to restart if matches were held at a limited number of neutral venues to reduce the medical, police, security and broadcast personnel required.

A number of clubs near the bottom of the table have spoken openly of their opposition to the plan as they believe it would increase the risk of being relegated.

"With all these compromises and health risks we are asked to finish a competition that bears no resemblance to the one we started," Watford's chairman and chief executive Scott Duxbury told the club's website.

Those higher up the table are also concerned at the prospect of having to reimburse sponsors who have paid for naming rights on their stadiums.

"I think everybody would prefer to play home and away if at all possible. And I think it's clear to see that some clubs feel more strongly about that than others," added Masters.

"We are in contact with the authorities and listening to that advice while also representing club views in those discussions."

The prospect of appeasing the clubs struggling at the bottom by ruling out relegation this season also appears over after the English Football Association rejected that idea and told the Premier League that final standings must be based on "sporting merit" if no more games can be played.

Masters admitted the Premier League had for the first time held discussions on how the league would be decided if matches cannot restart but said no clubs had asked for relegation to be scrapped.

"All I can go on is what we're discussing in our meetings. And you specifically asked about scrapping relegation while playing out the season, and that has never been raised in our formal meetings at all," he said.

"It was the first time we discussed curtailment – it's still our aim to finish the season obviously, but it's important to discuss all the options with our clubs.

"No conclusions were reached on any other models. Those are future conversations we may need to have."