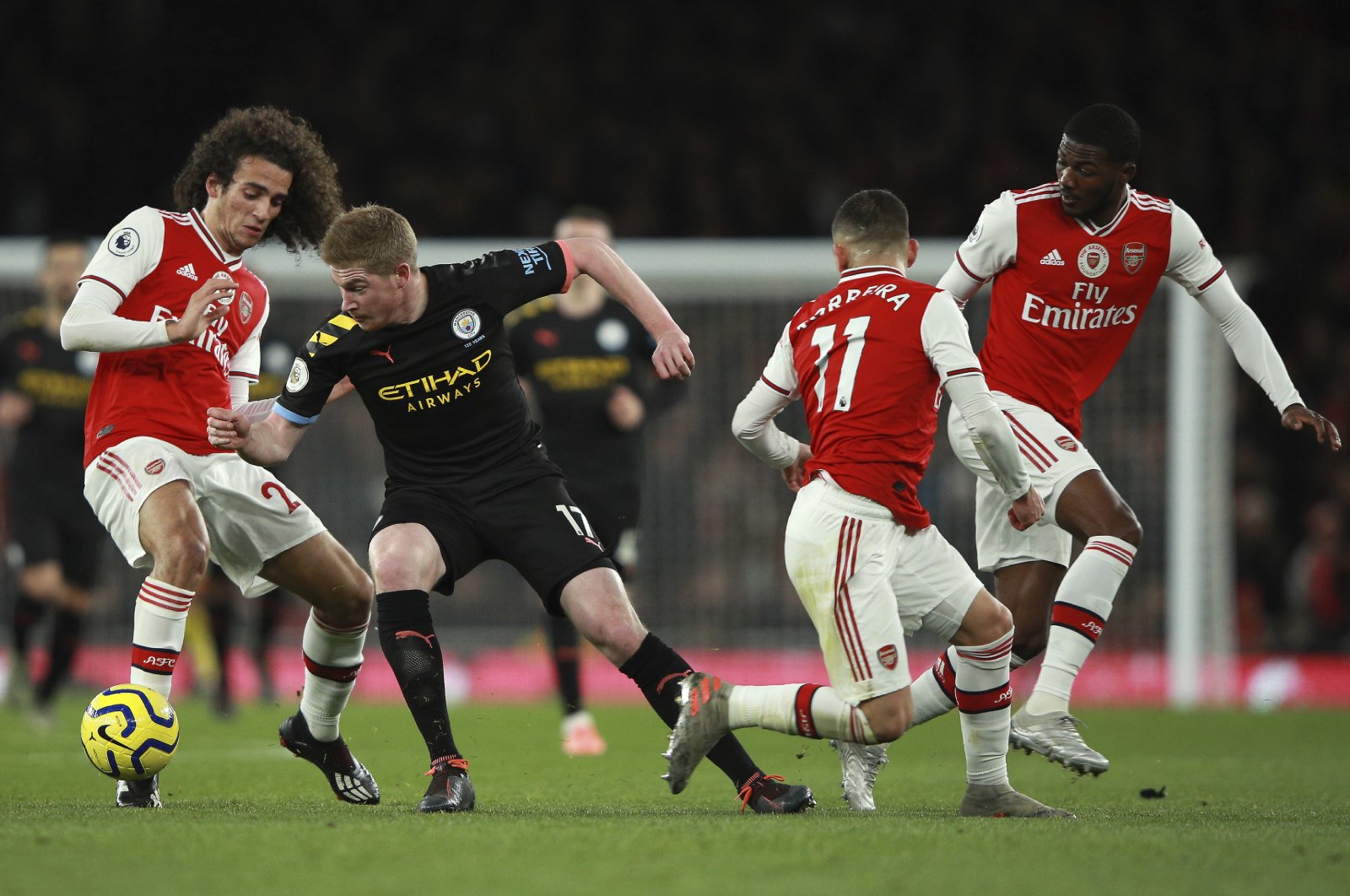 The Premier League returns Wednesday after 100 days in the deep freeze, with Liverpool on the brink of winning the title in a radically changed football universe.

The English top flight follows Germany's Bundesliga and La Liga in Spain in rebooting their seasons after the coronavirus lockdown, aiming to cram 92 games into six weeks of breathless action.

Aston Villa will kick off against Sheffield United, to be followed later Wednesday by a clash between Manchester City and Arsenal, before a cascade of matches.

Despite vocal complaints from some clubs and stars including Sergio Aguero and Raheem Sterling, "Project Restart" has largely gone smoothly, with regular testing of players and staff yielding few positives.

But when Villa and Sheffield United kick off, the watching world will be confronted with a jarring spectacle, with an eerie silence in the usually noisy stands.

Piping crowd chants in stadiums, cardboard cut-outs of supporters and live video fan walls will add color but it will be impossible to mimic the usual vibrant atmosphere.

In total, about 300 people will be allowed in stadiums for each match, with strict health protocols in place.

People other than players and coaching staff on team benches must wear face masks.

The games themselves will look different. Players have been told to maintain social distancing during goal celebrations and encouraged not to spit.

Arsenal manager Mikel Arteta admits players will have to find motivation without the urgency provided by fans.

"The game is different," he said in his pre-match news conference Monday. "The intensity drops a little bit. That urgency from the crowd doesn't exist anymore, how passionate the crowds are in England. We have to adapt."

"We have to experience it. We have to find ways to motivate our players as well in moments," he said.

But Aston Villa manager Dean Smith said his players were desperate to return, talking about the honor of playing the first game.

"The eyes of the world will be on us and we are looking forward to it," he said. "The players have been itching to get back."

The hectic fixture list, warm summer temperatures and a lack of preparation time could lead to more injuries, so world governing body FIFA has given the green light for five substitutions per match.

Some believe that unfairly helps teams with bigger squads. Villa's Smith said he was not in favor of the change.

Following the recent death of George Floyd, killed by a white police officer in the United States, the Black Lives Matter cause will also be visible.

Players' names will be replaced on the back of their shirts with "Black Lives Matter" for the first 12 matches, while the league will back anyone who chooses to take a knee in protest before or during matches.

The subdued mood and constant fear of the virus making its presence felt will overshadow the remainder of a season that will always have an asterisk next to it in the history books.

When the campaign was halted on March 13, Liverpool was two wins from their first English title in 30 years.

Jurgen Klopp's side, 25 points clear at the top, could be crowned champion as soon as this weekend if second-placed Manchester City lose at home to Arsenal on Wednesday and the Reds win their first game of the restart at Merseyside rivals Everton on Sunday.

Whenever it clinches that long-awaited 19th league title, it will be a moment to treasure for Liverpool.

But, with fans being told not to gather outside the stadium and no trophy parade planned due to social-distancing rules, the celebrations are likely to be muted.

Since the Bundesliga resumed there has been a drop in the number of home wins as teams struggle without the drive provided by their fans.

That could influence some key issues in the Premier League.

Chelsea and Manchester United will try to hold off unexpected challenges from Sheffield and Wolves in the race to reach the Champions League.

At the other end, Norwich, Villa and Bournemouth bid to climb out of the bottom three at a time when relegation could be more costly than ever.