Premier League spot up for grabs on Championship's final day 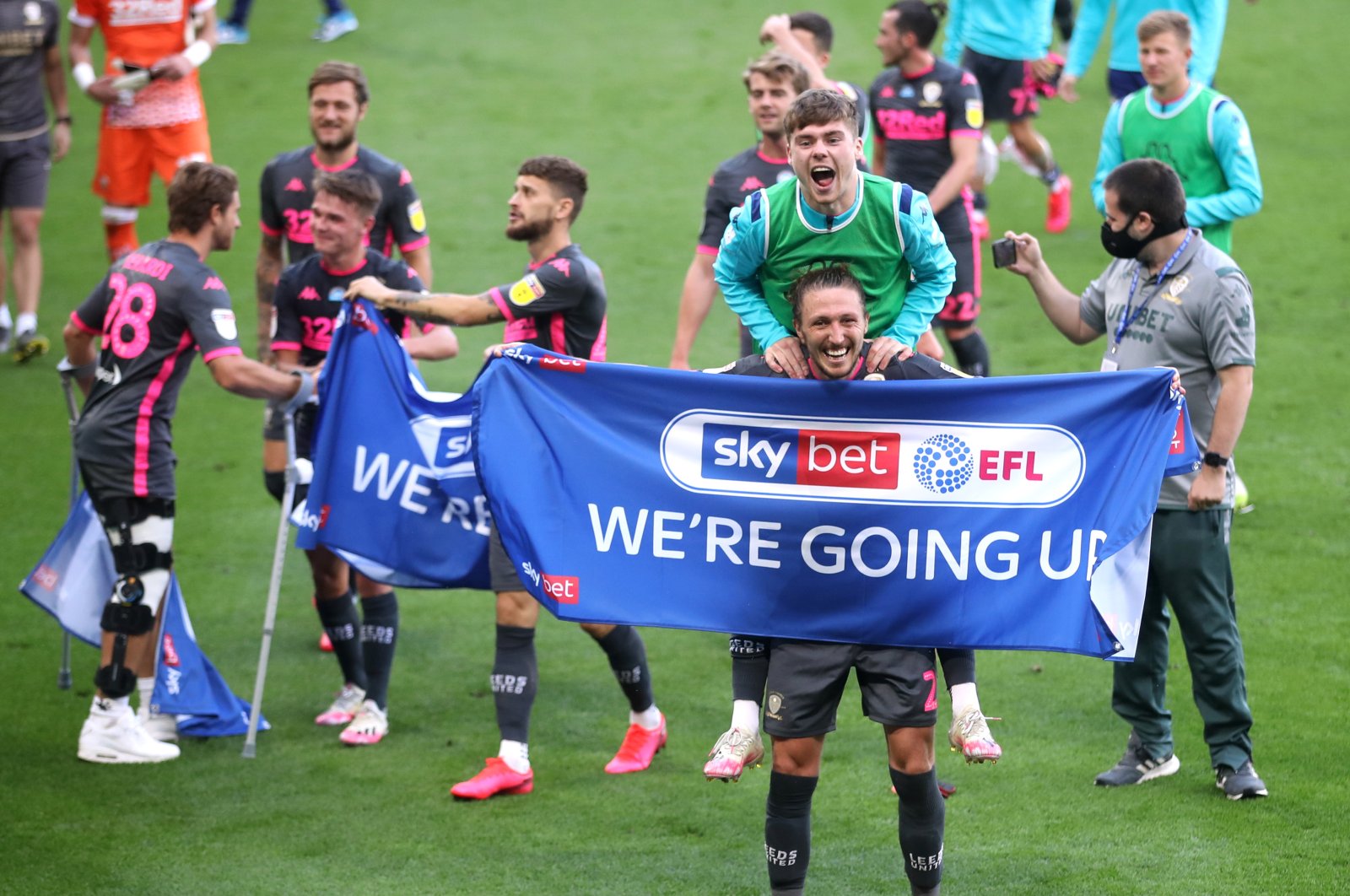 A place in the Premier League is up for grabs on Wednesday, with three teams in the chase for the second automatic promotion spot from the English Football League Championship on the final day of the second-tier season.

Leeds United has already secured a return to the top flight after a 16-year absence as second-placed West Bromwich Albion's loss at Huddersfield Town guaranteed a top-two finish and Marcelo Bielsa's side now has an unassailable five-point lead with a game in hand.

The third promotion place is decided via a four-team playoff, with those slots also to be finalized by Wednesday's action.

Adding to the drama, all three relegation places have yet to be confirmed with Hull City, a Premier League club three years ago, currently bottom.

West Brom is a favorite to be holding a socially distanced promotion party, with Slaven Bilic's side currently occupying second place.

The Baggies know that victory at home to 14th-placed Queens Park Rangers will guarantee them a return to the elite after a two-year absence.

But if the West Midlands side slip up, then the door is open for one of the two London clubs to sneak in on the final day.

Brentford would be back in the top flight for the first time since 1947 if they beat Barnsley at home and West Brom fails to win.

Should neither West Brom nor Brentford win then Fulham, who dropped out of the Premier League last season, would be back if they can win at Wigan Athletic.

The consolation for the two teams that miss out on Wednesday will be a second chance via the playoff.

Nottingham Forest and Cardiff City are currently fifth and sixth but must win on Wednesday to make sure of their place in the two-legged playoff semi-final, and potentially the final itself at Wembley on July 29.

Seventh-placed Swansea is lingering and still in with a slim chance of making it. A win for the Swans at Reading would only be enough if Cardiff loses at home to bottom club Hull.

Fifth-placed Forest, who is at home to Stoke, has the best goal difference but will be keen to get at least a point to make sure of its place.

Two-time European Cup winner Forest has not been in the top flight since 1999.

Seven teams still have a mathematical chance of being relegated. Barnsley and Luton are currently in the drop-zone along with Hull, while Charlton Athletic, Birmingham City, Middlesbrough and Huddersfield are still not safe.