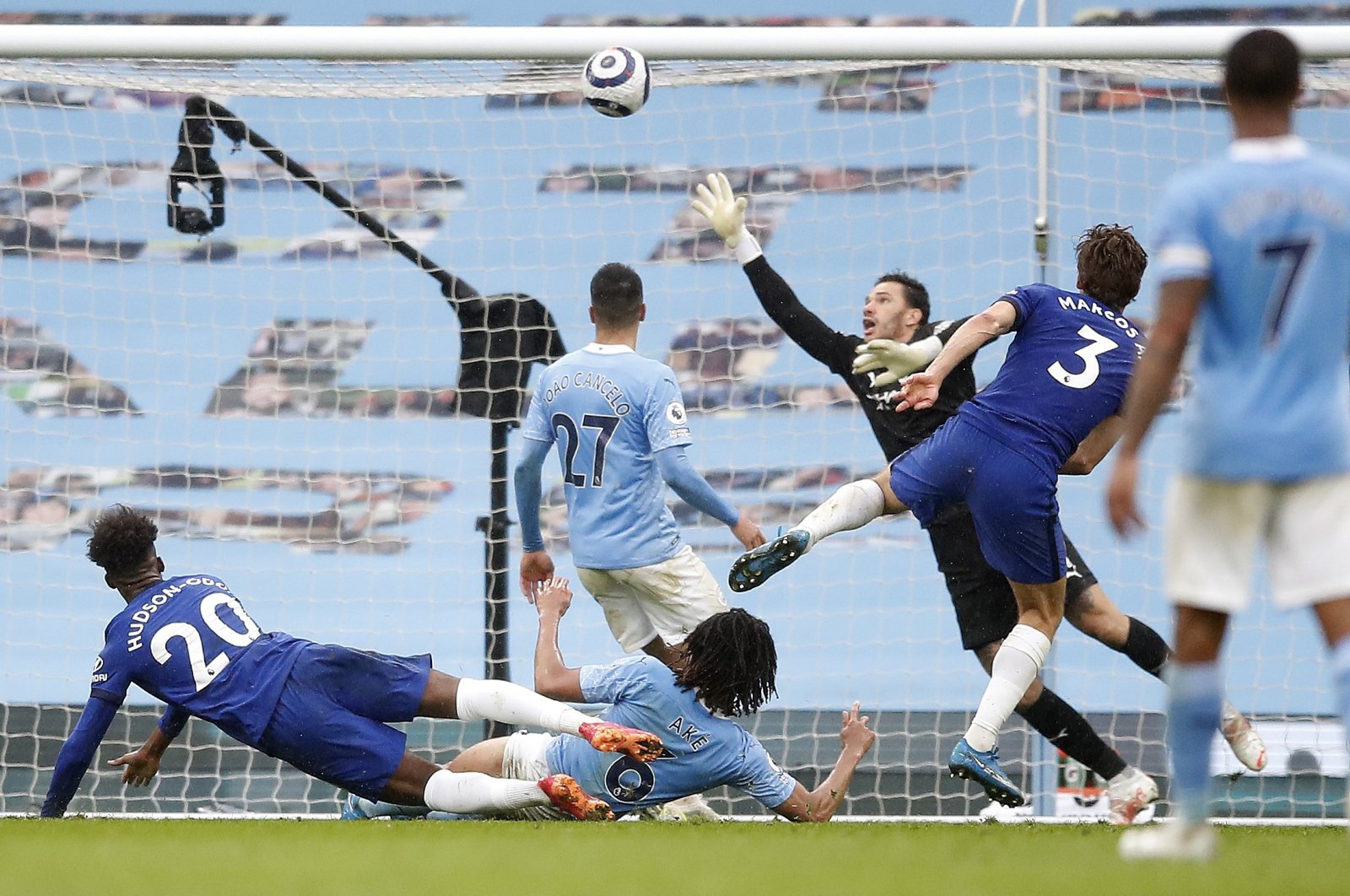 Chelsea's Marcos Alonso scores the winning goal during the English Premier League football match between Manchester City and Chelsea at the Etihad Stadium in Manchester, May 8, 2021.(Pool via AP)
by ASSOCIATED PRESS
May 13, 2021 11:59 am

The Premier League has been allowed by the British government to renew its current domestic television rights deals for another three seasons without an auction process, ensuring 5 billion pounds ($7 billion) will be generated during the uncertainty of the pandemic.

The deals with Sky Sports, BT Sport, Amazon Prime Video will extend until the end of the 2022-25 season on the same terms as the current three-year cycle.

“COVID-19 has had a significant impact on football," Premier League chief executive Richard Masters said, “and renewals with our U.K. broadcast partners will reduce uncertainty, generate stability and promote confidence within the football pyramid.”

In a notable change following complaints by Liverpool manager Jurgen Klopp, the 12:30 p.m. kickoff on a Saturday will move to 7:45 p.m. if a team has been involved in a Champions League game on Wednesday night. Klopp railed against BT last season for having to play in one of their slots after a European game.

Comcast-owned Sky will continue to show the most live matches in Britain – 128 – followed by BT Sport with 52, while Amazon can stream two complete rounds of games.

While internationally all games can be watched live, only during the pandemic with fans locked out of stadiums have domestic audiences been able to do the same. But from next season, again only 200 of the 380 games are due to be shown live in Britain, with fans set to return in large numbers as pandemic restrictions are eased.