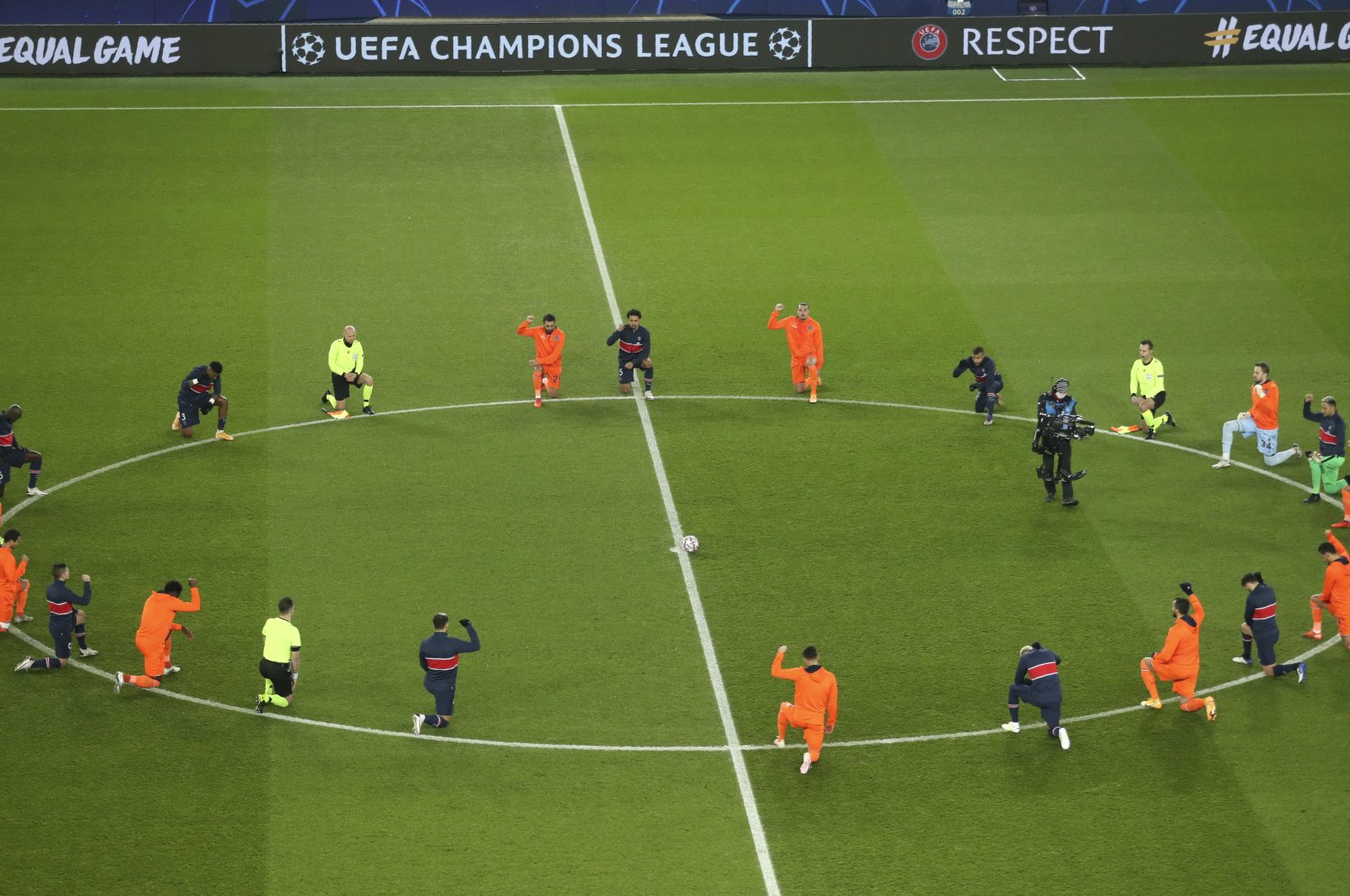 Paris Saint-Germain beat Istanbul Başakşehir 5-1 on Wednesday with Neymar scoring a hat-trick as both teams took a knee before restarting their Champions League match suspended 24 hours earlier in an unprecedented protest over an allegedly racist comment by a match official.

The teams, who had joined forces on Tuesday to walk off the pitch following the row, gathered around the center circle prior to the resumption and were joined by the match officials as they kneeled in support of the Black Lives Matter cause.

Before that, they sported t-shirts with the slogan "No To Racism" while warming up at the Parc des Princes, where large banners in the empty stands carried the same message.

The game restarted where it had stopped the previous day, in the 14th minute, when a touchline argument erupted over accusations the Romanian fourth official, Sebastian Coltescu, had described Başakşehir's Cameroonian assistant coach Pierre Webo as "black," or "negru" in Romanian.

Coltescu and the other Romanian match officials were replaced for the restart by a new refereeing team headed by the Netherlands' Danny Makkelie.

Already qualified for the last 16 thanks to Manchester United's defeat to RB Leipzig in Germany on Tuesday, PSG still needed to win the restarted game to secure the top spot in their group and cruised to victory with Neymar outstanding.

He curled in a stunning opener before making it 2-0 and then won a penalty which Kylian Mbappe converted for the third goal before half-time.

Neymar, the world's most expensive footballer, completed his hat-trick with another brilliant hit after the interval, and Mbappe got PSG's fifth following a reply by Mehmet Topal for Basaksehir.

The Turkish side had already been eliminated before this game but they have left their mark on the Champions League with their response to the alleged treatment of Webo, who was sent off as he reacted furiously to the alleged comment.

That red card was suspended by UEFA pending a probe into the matter, with European football's governing body promising a "thorough investigation."