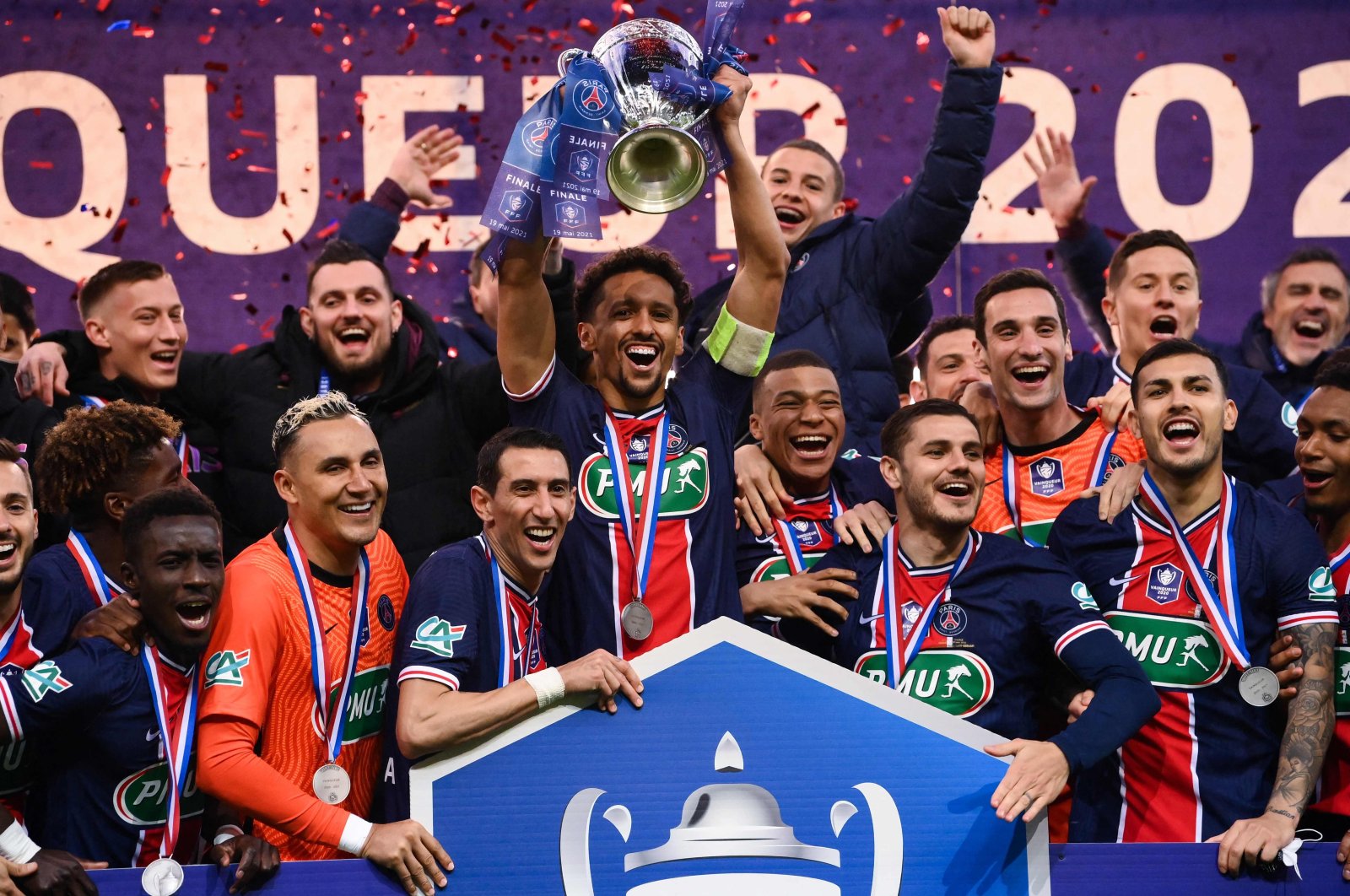 Paris Saint-Germain beat Monaco 2-0 in the French Cup final Wednesday as the French giant continues its hunt for a domestic double.

Goals from Mauro Icardi and Kylian Mbappe won a largely uninspiring final for PSG who now goes into the weekend's final round of Ligue 1 fixtures with a record-equalling 10th league title still a possibility.

The French champions have now won the French Cup six times in the last seven seasons having reached the final every year since 2015.

It was also the second trophy of coach Mauricio Pochettino's managerial career after he won the Champions Trophy for PSG in January, although this will for many count as his first major honor.

"We work every day to experience this kind of feeling, reward and recognition," said Mbappe.

"It's the work of a whole group, staff, all the people who work every day for us, the club and of course the supporters who couldn't be there. We think a lot about the fans and this title is for them as well."

Monaco meanwhile continues its wait to win the French Cup for the first time since 1991, in its first final since 2010 when it was also beaten by PSG.

Niko Kovac's side has, however, had a positive season and can finish it on a happier note at the weekend by qualifying for the Champions League for the first time since 2018.

Played with no fans present, in contrast to England's FA Cup final, and the Italian Cup final, which was being played on the same evening, the match lacked the sense of occasion that would normally characterize an end-of-season showpiece between two of France's most famous clubs.

It was also jammed in the middle of the denouement to possibly Europe's most exciting league title race, with PSG trailing leaders Lille by a single point heading into the final round of fixtures this weekend.

Monaco is also not technically out of the running for the league as it sits three points behind Lille, but realistically it has to protect its place in the final Champions League slot from Lyon, who is just one point behind.

PSG opened the scoring in the 19th minute thanks to a horrendous error from Monaco defender Axel Disasi, who miscontrolled a pass from goalkeeper Radoslaw Majecki and allowed Kylian Mbappe to steal the ball.

The France forward was then left with the simple task of squaring the ball to Icardi, who tapped into an open goal.

The goal failed to spark the match into life, with the nearest the opening period came to another goal being Alessandro Florenzi's long-range shot in the 33rd minute which Majecki comfortably tipped over.

Monaco did their best to push for an equalizer in the second half but failed to cause much trouble for PSG keeper Keylor Navas, and with the clock ticking on their bid to end a 30-year wait for the cup, they were punished by Mbappe.

The 22-year-old was found by a delicate pass into the area by Angel Di Maria, allowing Mbappe to apply the killer touch and ensure that the cup stayed in Paris.