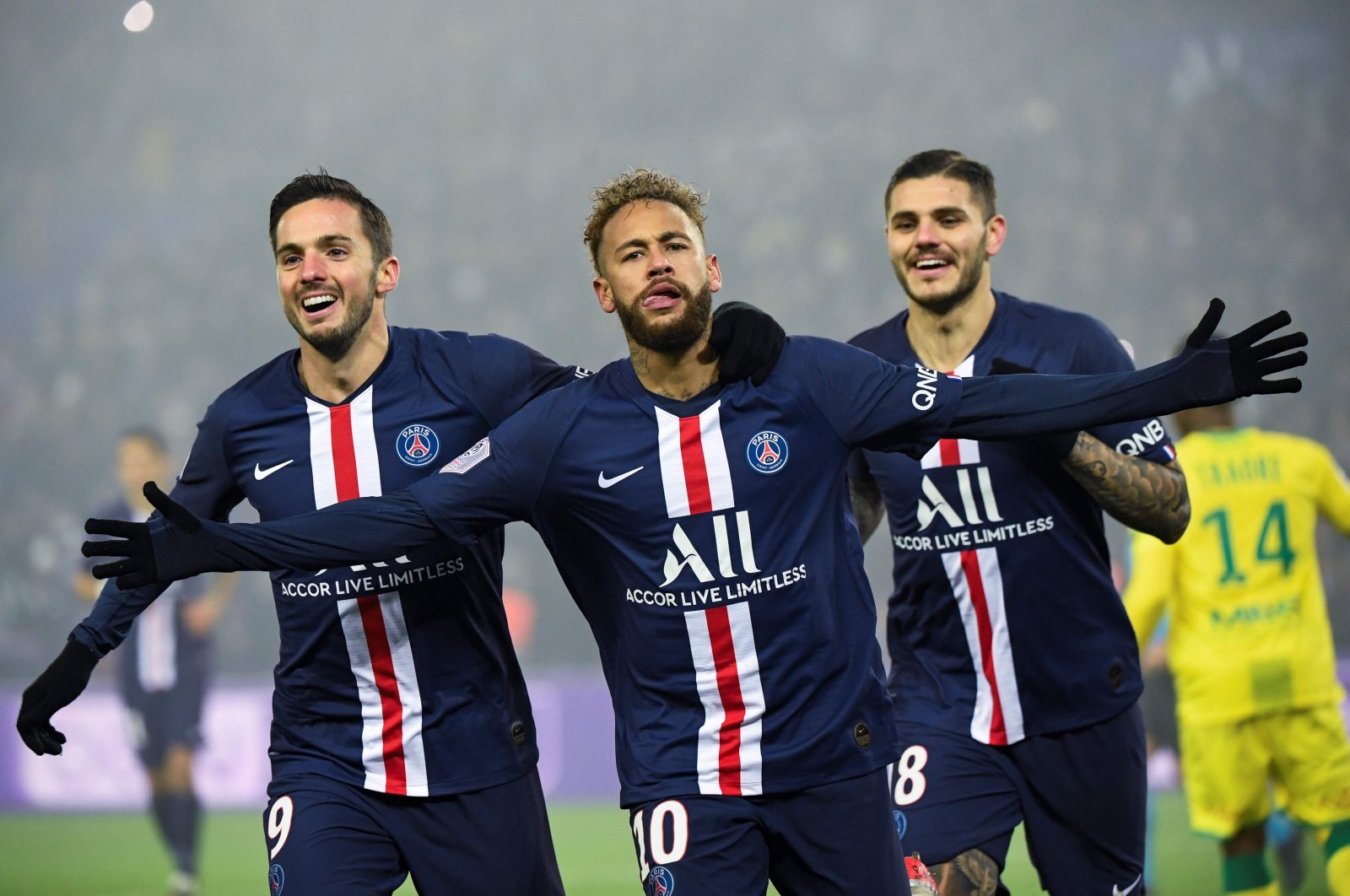 Paris St. Germain was awarded their seventh Ligue 1 title in eight years as France's football league declared the season over days after the government said major sporting events would be banned until September

Paris Saint-Germain was named as Ligue 1 champions on Thursday after France's football league declared the coronavirus-hit season over, leaving some other clubs disappointed and pondering legal action.

PSG led the table by 12 points from Marseille when the season was suspended in mid-March because of the COVID-19 outbreak, which has killed over 24,000 people in France.

The announcement by the LFP comes after Prime Minister Edouard Philippe said on Tuesday that "professional sports leagues, notably football, cannot restart" because of the pandemic.

"There is no ambiguity about this declaration. We needed to make a final decision about this season. We acknowledge that the 2019-20 season is over," said LFP President Nathalie Boy de la Tour, in a conference call with reporters.

France becomes the biggest European league yet to end its season, just as its neighbors in England, Germany, Italy and Spain consider ways of resuming matches.

Ruling out any possibility of copying the Netherlands, who voided their season without a champion, relegation or promotion, the LFP arranged a final table on the basis of average points per game.

Ten rounds of matches remained when the campaign was halted, although PSG and Strasbourg both had a game in hand.

"We wish to dedicate this title to all health workers and other everyday heroes whose commitment and self-sacrifice throughout these long weeks deserve our admiration," said PSG President Nasser al-Khelaifi.

It is PSG's ninth French title, the seventh in eight seasons for the Qatar-owned club being awarded in unique circumstances and with many of their foreign players – including Neymar – having returned to their home countries with France under strict lockdown.

"We understand, respect and support the decisions taken by the French government to stop the season. Health, as the government has always said, must be everyone's priority," added Al-Khelaifi, whose club still hopes to be able to continue their Champions League campaign having reached the quarter-finals before action stopped.

Rennes finish third and also qualify for the Champions League, while fourth-placed Lille will play in the Europa League.

Toulouse and Amiens, the bottom two, are condemned to relegation, with Lorient, as champions, and Lens coming up from Ligue 2. The usual promotion and relegation playoffs, meanwhile, have been ditched.

However, Toulouse have kept open the possibility that they might now take legal action.

The identity of the other European representatives depends on whether the finals of the two domestic cups are ever played.

However, if the French government and UEFA accept, both finals could be staged in early August with European places still up for grabs. The LFP then hopes to begin next season by Aug. 23 "at the latest."

Otherwise, Nice and Reims would qualify by virtue of finishing in fifth and sixth in the league.

Lyon – seventh in the table when the season was stopped – would otherwise miss out on European qualification for the first time in over two decades.

Ironically, they were still involved in this season's Champions League when it was suspended, leading Juventus 1-0 after the first leg of their last-16 tie.

Lyon president Jean-Michel Aulas had previously stated his hope that the season could be played to a conclusion via playoffs in August and his club have now hinted at legal action.

In a statement on Thursday, Lyon said they "reserve the possibility of trying to appeal against this decision and claiming damages and interest" and adding that "the losses for the club will come to several million euros."

For all French clubs, the economic consequences of ending the season now could be dire.

Resuming matches behind closed doors would have safeguarded TV income, but the loss for clubs in the top two divisions of remaining payments from broadcasters Canal Plus and beIN Sports is believed to be as high as 243 million euros ($266 million), plus 35 million euros for international rights.