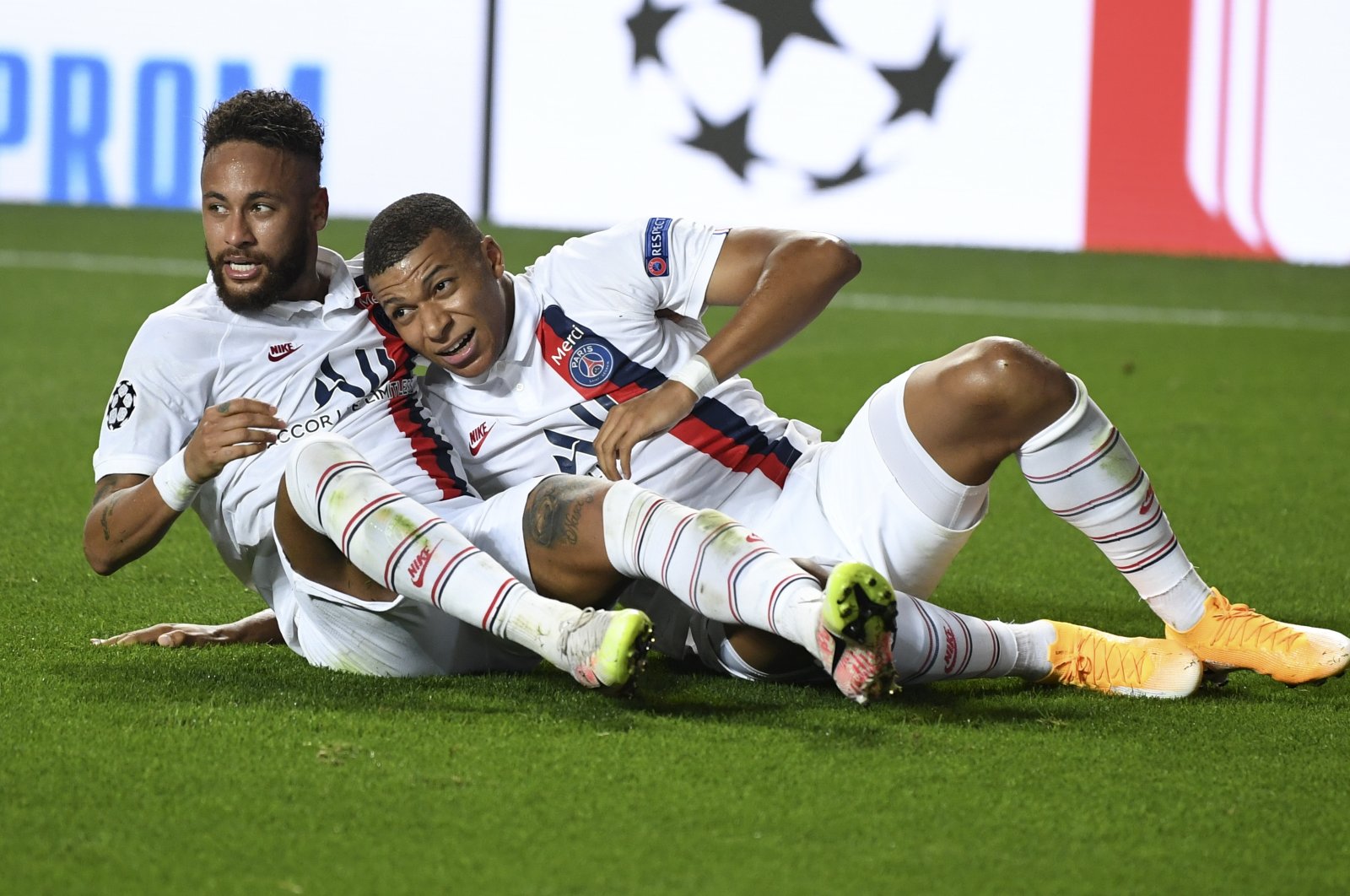 Through so many exasperating moments in front of goal – too many for the world's most expensive footballer — Neymar persevered, determined to rescue Paris Saint-Germain (PSG).

Just when it seemed time was running out, the player signed to deliver PSG its most coveted trophy sparing the French champions from a humbling Champions League exit against Atalanta.

A night of frustrating squandered scoring chances ended with Neymar setting up the goals that turned Wednesday's game around, producing a 2-1 victory that sent PSG into the semifinals for the first time in 25 years.

“Nobody will ever get it out of my head that I want to go to the final," he said. “We’re a formidable squad, a family, with the attitude that it’s impossible to knock us out.”

Atalanta, the Serie A club on a modest budget eclipsed by Qatar-funded PSG, had led from Mario Pasalic’s curling strike in the 27th minute until the 90th. Neymar then found time to set up Marquinhos for the equalizer and was involved in the buildup to Eric Choupo-Moting’s winner in the third minute of stoppage time.

Relief for Neymar. Agony for Atalanta. And all the emotions could be heard around the empty Lisbon stadium, with no fans allowed inside because of the coronavirus restrictions.

“At this moment, it’s quite painful,” Atalanta midfielder Marten de Roon. “Tomorrow, I will be proud of our team and club, but at this moment I feel disappointment.”

It had seemed Atlanta's resilience would prevail and extend a remarkable debut season in European football's elite competition just as its home city of Bergamo – one of the European cities hardest-hit by the COVID-19 pandemic – continues to grieve the thousands of victims.

“It leaves us with a very bad taste to have conceded that late winner when the match was about to finish,” said Atalanta coach Gian Piero Gasperini. “That’s what is really hurting us because until that moment we thought we were controlling the match.”

“When I came on I thought I can’t lose,” said Choupo-Moting, whose high, diagonal pass reached Neymar on the left flank in the 90th. The Brazilian's scuffed shot was turned in by Marquinhos to rouse PSG for a thrilling finale.

It was another run by Neymar that unpicked a tiring Atalanta before feeding Mbappe, who squared across for Choupo-Moting to slide the ball over the line.

“It was not only just a technical show," Choupo-Moting said of Neymar. “He has worked hard for the team."

Although Neymar was awarded man of the match, the 222 million-euro forward handed over the prize to the less glamorous teammate signed as a free agent two years ago after Stoke's relegation from the Premier League.

Only the season being extended because of the pandemic means Choupo-Moting is still a PSG player. The pandemic also meant the quarterfinals are not being played on a home-and-away basis as usual but as single games in neutral Lisbon with no second chances.

With the French league abandoned in March, PSG had only played two competitive games since then – domestic cup final victories in July.

“It was very difficult to prepare the team," PSG coach Thomas Tuchel said. “There was no rhythm because there were no games, but I could feel in the last days the determination, enthusiasm and effort."

Choupo-Moting went on in the 79th to replace the struggling Mauro Icardi, who managed just a single off-target shot. At least Neymar was getting in sight of goals more often but scuffed several good chances in the first half – including a glaring miss in the third minute.

Receiving possession on the halfway line, he ran half the length of the pitch and had only goalkeeper Marco Sportiello to beat but skewed the ball wide of the post.

The misses proved costly when Duvan Zapata’s pass caught PSG defender Presnel Kimpembe and fell to Pasalic, who curled into the roof of the net for his 12th goal of the season.

Once again, PSG looked to Neymar to find a way back into the game.

Once again, he missed, dragging a shot wide and looking like a player who has only had two competitive games since March.

Even a free-kick from Neymar lacked any pace and was easily saved. And when right back Hans Hateboer gifted Neymar an opening in the 42nd with a sloppy back pass, the forward could only strike wide.

Mbappe was only introduced for the final half-hour, having just recovered from an ankle injury, but he was also frustrated in front of goal.

Still, the star duo of Neymar and Mbappe made an impact by acting as the support cast, creating the goals that kept PSG on course for a first European Cup to add to this season's domestic trophies.

PSG will play Atletico Madrid or Leipzig in the semifinals on Tuesday.

The lack of access to the stadium did not deter Atalanta fans flying from northern Italy to the Portuguese capital, even if it was just to cheer for the fleeting moments when the team bus passed beneath them.

They will have another chance next season. A second consecutive third-place finish in Serie A gives Atalanta a return ticket to the Champions League.