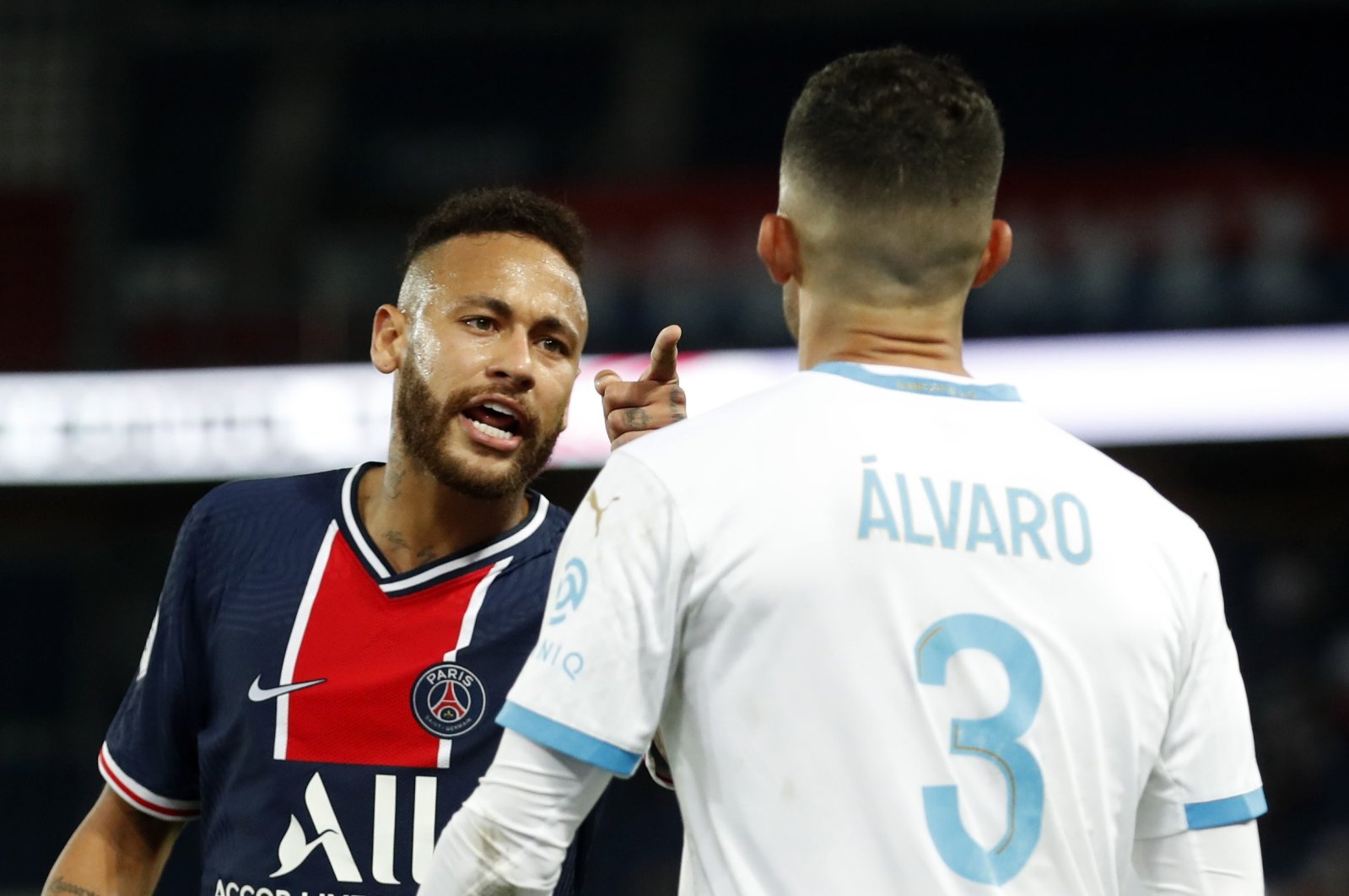 Neymar had a turbulent return to the Paris Saint-Germain (PSG) line-up on Sunday against Olympique Marseille with the Brazilian superstar sent off for striking opponent Alvaro Gonzalez, whom he later accused of racism.

According to Agence France-Presse (AFP), PSG players had already complained about Gonzalez with Neymar saying "racism, no" several times and pointing to the Marseille's player.

Neymar was one of the five players who were sent off after a huge fight at the PSG's home ground Parc des Princes. As he left the pitch he said: "That was racism, this is why I hit him."

After the game, the Brazilian player wrote on Twitter his "only regret is not hitting that idiot in the face."

"It's easy for VAR (video assistant referee) to see my 'aggression.' Now I want to see it capturing the image where the racist calls me 'monkey.' That's what I want to see," the 28-year-old added.

Neymar "told me it was a racist insult, but I didn't hear anything on the pitch", PSG coach Thomas Tuchel said.

"There is no place for racism in football but I don't think that was the case," Marseille coach Andre Villas-Boas told Telefoot. "We'll have to look at it."

According to Telefoot, Gonzalez replied "What racism?" when he was asked about the incident. He also tweeted a picture of himself surrounded by multi-racial teammates.

"There's no place for racism," the Spaniard wrote, adding: "Sometimes you have to learn to lose and take it on the field.

Littered with fouls throughout, the clash boiled over in the last minute of stoppage time when a full scale brawl broke out on the pitch.

PSG's Laywin Kurzawa and Leandro Paredes as well as Marseille's Dario Benedetto and Jordan Amavi were sent off after players aimed punches and kicks at each other.

Florian Thauvin's close-range volley on 31 minutes earned Marseille a first victory over their bitter rivals since November 2011, while PSG had their second defeat of the Ligue 1 season. The first was against Lens (1-0) on Thursday.

Neymar didn't play against Lens as it has been widely reported in France he was infected with the coronavirus.