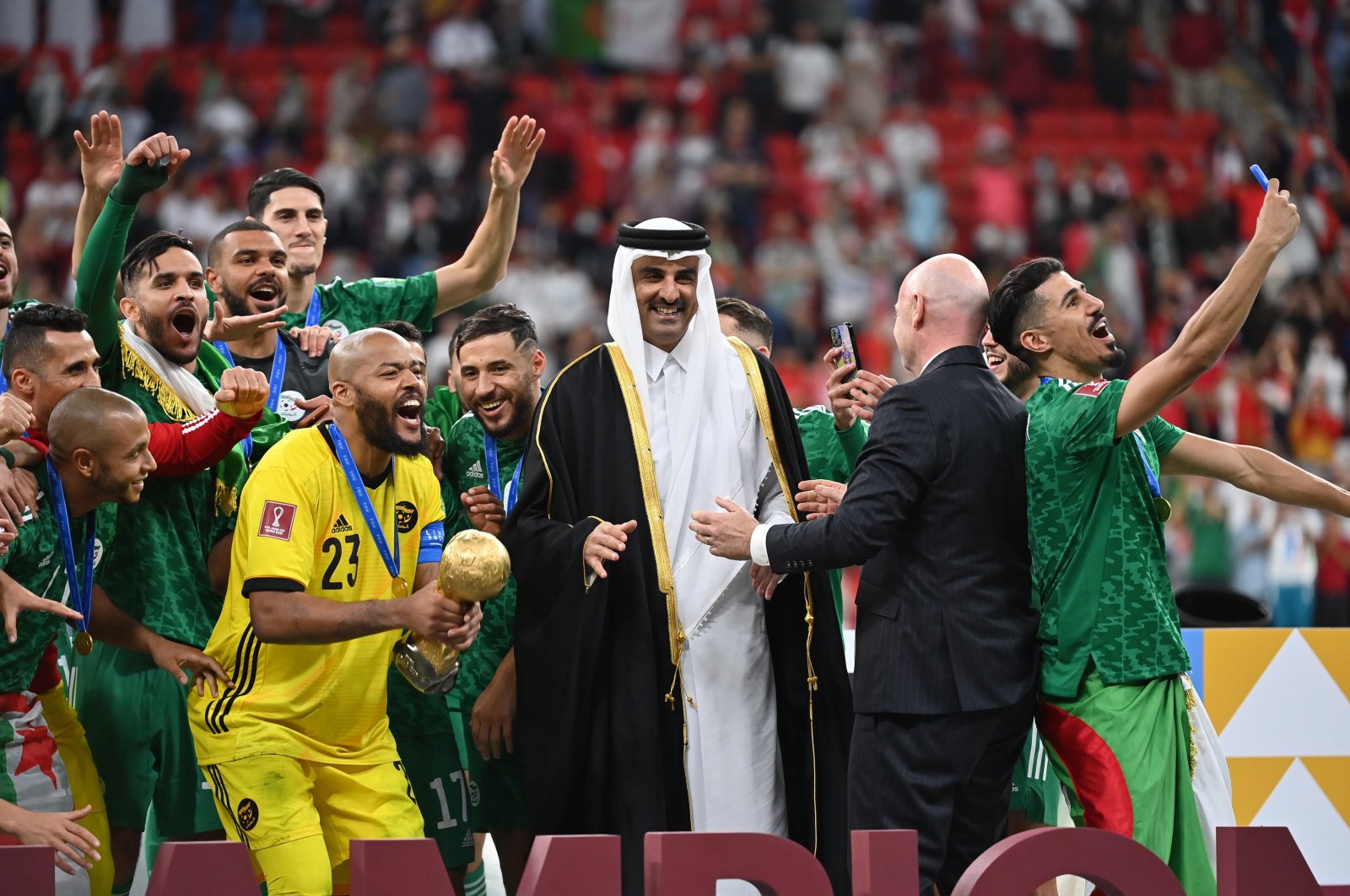 Qatar passed its first test after successfully hosting the Arab Cup and now it must prepare to face bigger challenges when more than 1.2 million fans and 32 international teams will arrive for the 2022 FIFA World Cup.

Algerian rejoicing at Saturday's 2-0 extra-time win over Tunisia in the final – exactly a year before the 2022 World Cup decider and with FIFA president Gianni Infantino in the stands – will have been accompanied by satisfaction from Qatari officials.

More than 600,000 tickets were sold for the 16-team Arab Cup, including a Qatari-record 63,439 crowd when the host played fierce rival, the UAE in the quarterfinals.

Six of the eight World Cup venues were employed as Qatar took the chance to test its stadiums and training sites, transport, accommodation, volunteers and other areas including security.

A fan ID system was dropped midway through the tournament following reports of long queues and complaints from fans, but crowd trouble appeared limited to some damaged seats at the quarterfinal between Tunisia and Oman.

"Overall, I think the stadiums are ready and they are relatively convenient," said Ronan Evain, executive director of Football Supporters Europe who was in Qatar for the Arab Cup.

"The main problem now is everything that is happening before and after the games," he said. "The organizers now have one year to fix a certain number of problems, including transport access."

During the 19-day tournament, however, highways flowed smoothly, service on the metro system was rarely disrupted, and fears over the Omicron variant of COVID-19 did not stop thousands of fans from packing into stadiums.

Now comes the hard work as Qatar prepares for the unique task of hosting a World Cup in and around a single city, Doha, with hotel accommodation and transport network likely to come under significantly more strain.

The Gulf state will also be mindful of a cultural gap when fans from around the world arrive in a Muslim country.

Qatar will "take account of the lessons learned to organize the best World Cup", said Jassim al-Jassim, the organizing committee's vice-president of operations.

The Lusail Stadium, which will host the World Cup final, was notably not used for the tournament. In October, its project manager told AFP that it still needed final checks and tests.

Coaches were impressed by the facilities, with Algeria's Majid Bougherra, a World Cup veteran, saying "everything is perfect" – apart, perhaps, from the accommodation.

"The stadiums are great, the pitches are great. Perhaps one small downside, but it won't be the case at the World Cup, is that we were in the same hotel as everyone else," he said.

"We congratulate (Qatar) on this beautiful Arab Cup and I think the World Cup will be exceptional," Bougherra added.

Egypt coach Carlos Queiroz, the former Iran, Portugal and Real Madrid boss, said the Qatar World Cup has "all the ingredients to succeed", but called for better communications.

"If there is one advice I will give to everybody, we need to talk, because the better we talk the better the harmony between the needs inside and outside the pitch," he said.

Daniel Reyche, a sports policy and political researcher and visiting associate professor at Qatar's Georgetown University, said he was impressed by the organizers' ability to learn from their mistakes, for example by dropping the fan ID.

"Overall, I think the test went well, but it is difficult to compare the FIFA Arab Cup and the FIFA World Cup, since most visitors this time came from within the country and next year they will come from outside the country," he told AFP.

And after Qatar dismissed concerns from the LGBTQ+ community about attending the World Cup, FIFA secretary-general, Fatma Samoura, gave assurances next year's tournament would be inclusive.

"People are free to display any kind of flag they want, including the rainbow flag, without them being targeted or singled out," she said this week.