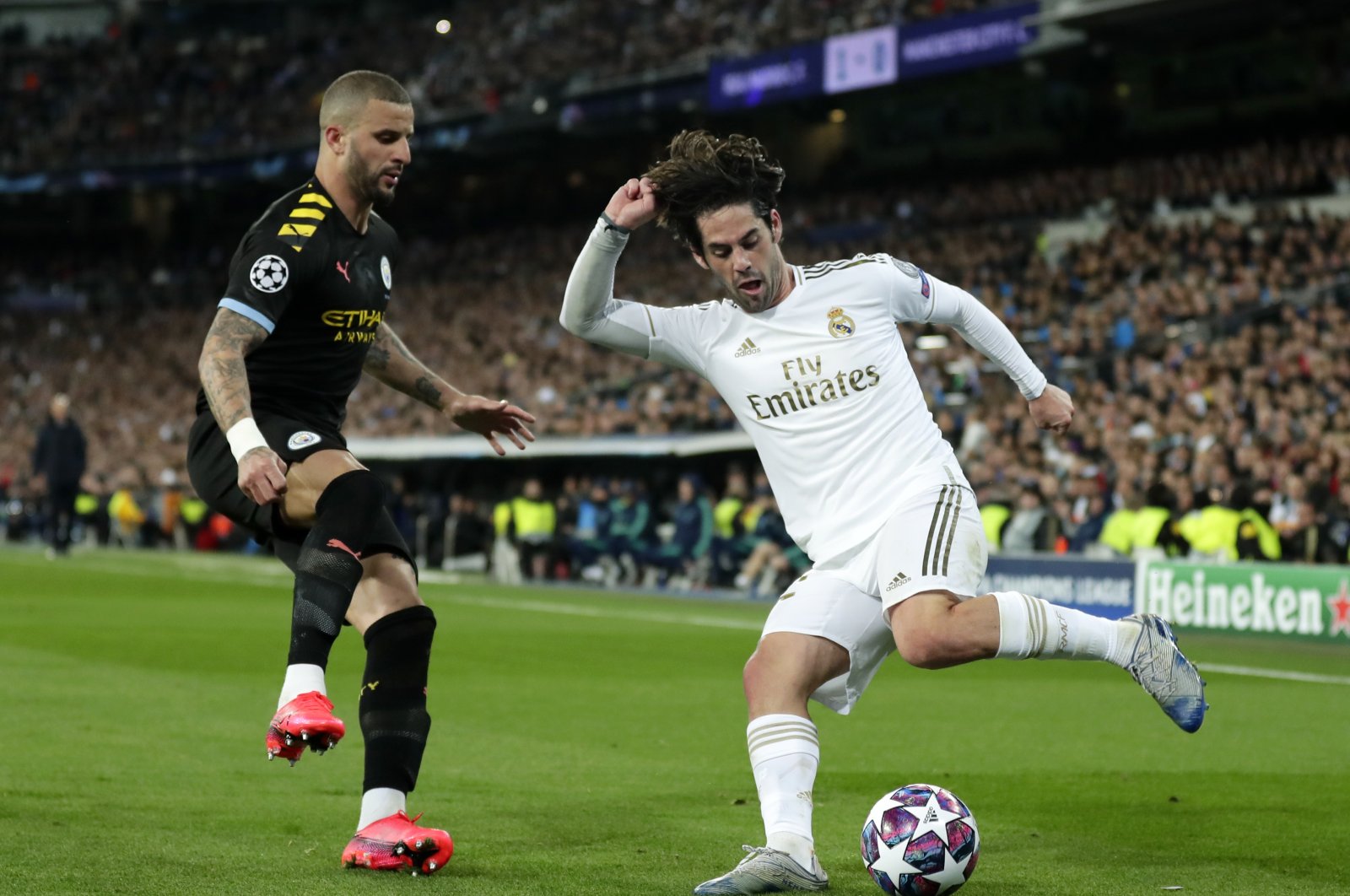 Champions League resumes Friday after nearly a five-month break due to coronavirus outbreak, with four last-16 matches before the elite tournament moves to Lisbon for the final stages

Real Madrid faces a difficult task just as ex-champions Chelsea and Juventus if they want to reach the Champions League eight-team finals in Lisbon – and Barcelona also have some work to do.

Real visits Manchester City having lost its last 16 first leg match 2-1 at home before the coronavirus shut down Europe’s top football tournament in March. In the other Friday game, Juventus will aim to overturn a 1-0 deficit against Olympique Loyn at home.

Chelsea is even worse off with a 3-0 deficit and a long injury list in its Saturday visit to Bayern Munich. The day's other game sees Barca take on Napoli with the score locked at 1-1.

Atletico Madrid, Paris Saint-Germain, RB Leipzig and Atalanta had qualified before the shutdown for the Aug. 12-23 finals in Lisbon where the remaining rounds are in a one-legged format.

City appears to have the upper hand against the 13-time champions Real in its latest bid to win the elite event for the first time.

Pep Guardiola's side is without injured forward Sergio Aguero but midfielder Ilkay Gündoğan said that other players will have to step up. “I am sure we will be able to deal with it, but of course, we will miss him," Gündoğan said.

Real meanwhile should be boosted by its strong run following the La Liga restart, winning 10 games in a row and only drawing their final one when it had already clinched the league title.

"We've got a lot of experience in these big matches, so we can feel confident. Our goal is to win, and that's partly due to the DNA of this club," Real defender Raphael Varane told the UEFA website. "It'll be a tough match against a good team."

Real's only absentee is Mariano Diaz, who has contracted the coronavirus.

Chelsea by contrast is coming off a 2-1 defeat against Arsenal in the FA Cup final where it lost Christian Pulisic and defender Cesar Azpilicueta with hamstring injuries and Pedro with a dislocated shoulder. Brazilian midfielder Willian is doubtful as well.

The Blues famously beat Munich in its stadium for the 2012 trophy but now face a team that has won all 10 games since the Bundesliga’s restart and went on to win the league, as well as German cup.

"We have mastered the compulsory task in outstanding fashion with the championship and the cup. Now it's time to create something special," Munich coach Hansi Flick said.

Bayern is well-rested, having not played since early July, while other leagues and cups ended much later. Lyon meanwhile have played only one match since March, the French League Cup final last week.

Lyon coach Rudi Garcia said he sees no advantage either way. "Those who played tired out, those who didn't lost their pace," he said.

Lyon hopes to defend their lead from five months ago against the now nine-time reigning Serie A champions Juventus. The Italian leaders, however, appeared worn out in the closing stages of the league following a marathon of 12 matches in six weeks.

But Juve coach Maurizio Sarri, who could select Gonzalo Higuain alongside Cristiano Ronaldo upfront, said that "the physical energy can be recovered quickly."

Napoli also believes it has a chance at the Nou Camp even though captain Lorenzo Insigne is doubtful, according to coach Gennaro Gattuso.

"We want to write another page of this club's history. We'll be playing on the big stage and we want to prove we're up to it," he said.

Lionel Messi's Barca has not lifted the trophy in five years but after losing the La Liga title race to Real Madrid, the Champions League is their last chance for silverware this season.

"In just four games we could be champions of Europe," Barca's Dutch midfielder Frenkie de Jong told the club website.

"The 1-1 from the first leg is not a bad result but we know we have to play better in the second game. I am convinced we will go through."