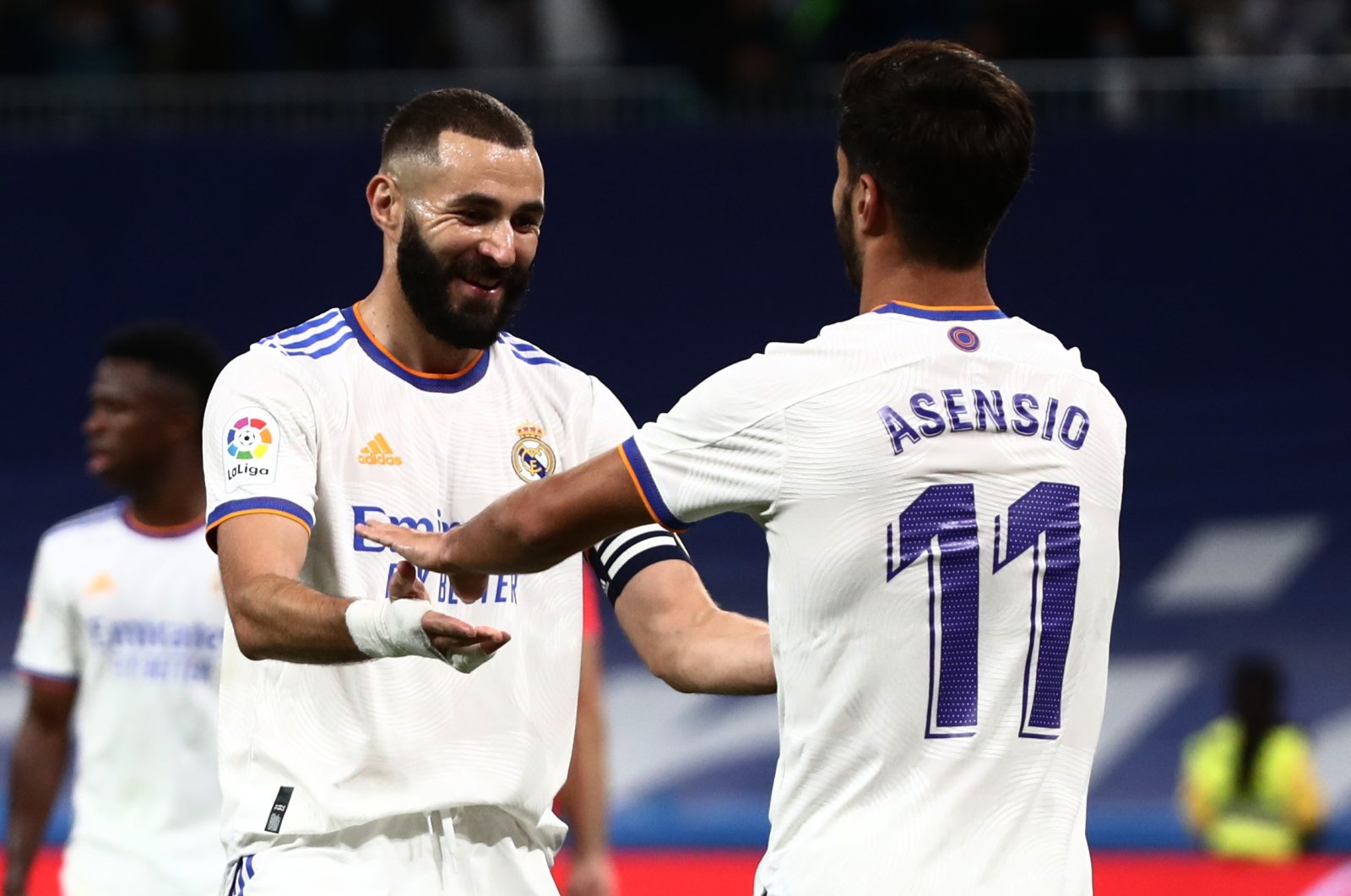 Real Madrid's Spanish forward Marco Asensio scored his first hat trick for the club while veteran Karim Benzema chipped in with two as the La Liga giant demolished Mallorca with a 6-1 win to go to the top.

Benzema capitalized on an early Mallorca mistake at the Santiago Bernabeu before three goals in five minutes put Madrid 3-1 ahead, two Asensio strikes coming either side of a curling effort from Mallorca's Lee Kang-in.

Asensio completed his treble with a bending shot of his own in the second half and went off to a standing ovation, leaving Benzema to add his second and Isco to tap in Madrid's sixth late on.

Benzema's second goal was his 200th in La Liga, making him only the 10th player to reach the milestone.

"Clearly Karim is playing very well," said Madrid coach Carlo Ancelotti. "Not just himself but for the team. He is a complete striker."

The victory lifts Real Madrid two points clear of Atletico at the top of La Liga, with Sevilla up to third after it had earlier eased past Valencia 3-1.

Asensio was born in Palma and began playing for Mallorca aged 10, only to join Real Madrid in 2016.

He declined to celebrate any of his three goals but will have made an impression on Ancelotti, who was giving the 25-year-old his first start of the season.

"Asensio did very well. It is true that from that position he can hurt the opponent, between the lines he has a lot of quality," Ancelotti said.

Benzema now has eight goals this term and there were noteworthy displays too from Eduardo Camavinga, the hugely exciting 18-year-old midfielder, as well as Madrid's two central defenders, David Alaba and Eder Militao, whose distribution was instrumental in almost all the goals.

Despite scoring two late goals to beat Valencia on Sunday, Ancelotti criticized his team for again being too open at the back. Mallorca had chances but it was blown away by Madrid's revitalized attack.

The first goal, though, was a gift, as Josep Gaya failed to control a routine pass across the defense and then slipped trying to recover, allowing Benzema to race clear and finish.

Militao instigated the second with a driven pass out to Vinicius, whose angled pass sent Rodrygo in behind. His deflected cross was prodded out by Mallorca goalkeeper Manolo Reina, for Asensio to finish.

Lee hit back almost immediately, weaving past Militao and Alaba and curving a shot into the bottom corner. But hopes of a comeback was brief, as Asensio scored his second, latching onto a slick Benzema touch before sliding home.

Another neat lay-off from Benzema and Asensio completed his hat trick just before the hour and there was still time for two more, Benzema controlling Alaba's ball over the top with his back and finishing before Vinicius gave Isco an open net to tap into.

Sevilla had earlier scored three goals in the first 22 minutes against Valencia to win 3-1 and go third.

Alejandro Gomez put Sevilla in front in the third minute at the Ramon Sanchez Pizjuan before Gonzalo Montiel and Rafa Mir made it three within the first half an hour.

Valencia gave itself hope when Hugo Duro pulled one back in the 31st minute but Sevilla held its nerves in the second period to record its third win of the season.

Julen Lopetegui's side is still unbeaten but Valencia's strong start under new coach Jose Bordalas has been dented in the last few days.

This latest loss comes after it conceded two late goals to lose to Real Madrid Sunday, with Bordalas' team dropping to fourth.