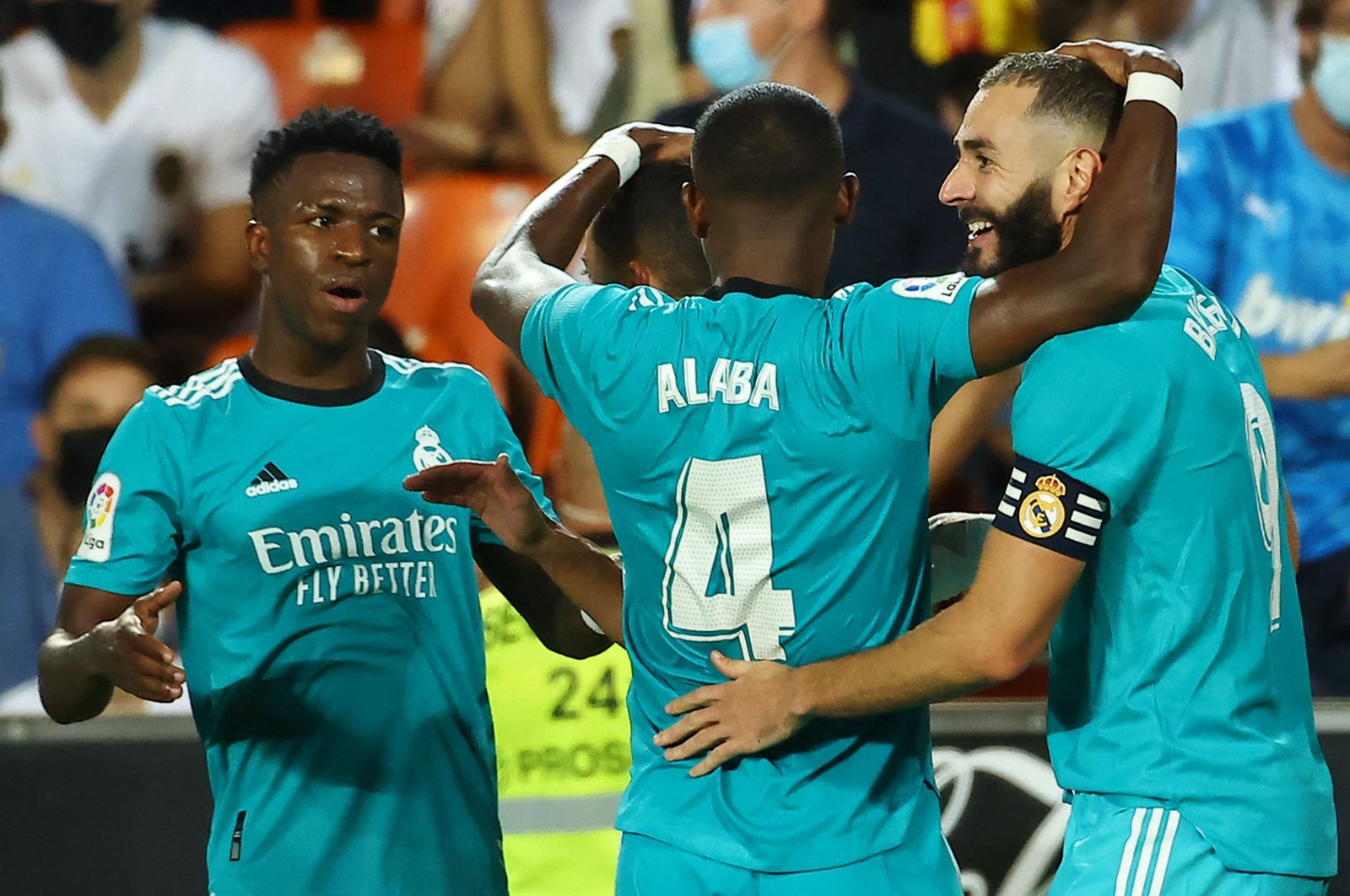 Vinicius Junior scored his fourth goal of the season in the 86th minute, and Benzema netted his sixth two minutes later to give Madrid its third straight win in the league and maintain a perfect start to the season.

The victory leaves Madrid at the top with 13 points, two more than defending champion Atletico Madrid, which was held 0-0 at home by Athletic Bilbao on Saturday.

“It’s always hard to play here and it was even harder after they scored,” Vinicius Junior said. “Things were not going our way but in the end, we found a way to rally and get the victory.”

Vinicius Junior and Benzema have combined for 11 of the team’s 15 goals in its first five league matches and top the league's scoring charts.

Valencia, which entered the weekend tied for first with Madrid and Atletico, opened the scoring with a goal from Hugo Duro in the 66th after a mistake by Madrid defender Lucas Vazquez, who replaced the injured Dani Carvajal in the first half.

“We played great during the first 80 minutes,” Valencia coach Jose Bordalas said. “It’s a shame that in the last 10 minutes we sat back and they got the goals in two isolated actions.”

Vinicius Junior equalized with a shot that deflected off a defender before going in and then made a well-placed cross for Benzema’s winning header that stunned Valencia fans at Mestalla after the hosts had played well for most of the match.

Valencia had won its first two home games for the first time since 2014-15, when it went on to win five in a row at home. Madrid was coming off three victories in all competitions, including at Inter Milan in the Champions League Wednesday.

Mikel Oyarzabal missed a first-half penalty kick as Real Sociedad was held to a 0-0 draw against Sevilla in a matchup between teams expected to be near the top at the end of the season.

Oyarzabal had his 27th-minute penalty stopped by Sevilla goalkeeper Bono, who also came up with some key saves later in the game.

It was Sociedad’s second consecutive draw after three straight victories in all competitions. Sevilla drew its last three games.

Sociedad is fourth in the standings, with Sevilla in sixth place.

Aleix Vidal put Espanyol ahead in the 16th before Betis rallied with goals by Willian Jose in the 41st and Nabil Fekir in first-half stoppage time.

The hosts played a man down from the 78th after a red card for German Pezzella.

Espanyol, which had conceded nine minutes into stoppage time in a loss to Atlético Madrid, is yet to win in the league this season, with three draws and two losses.