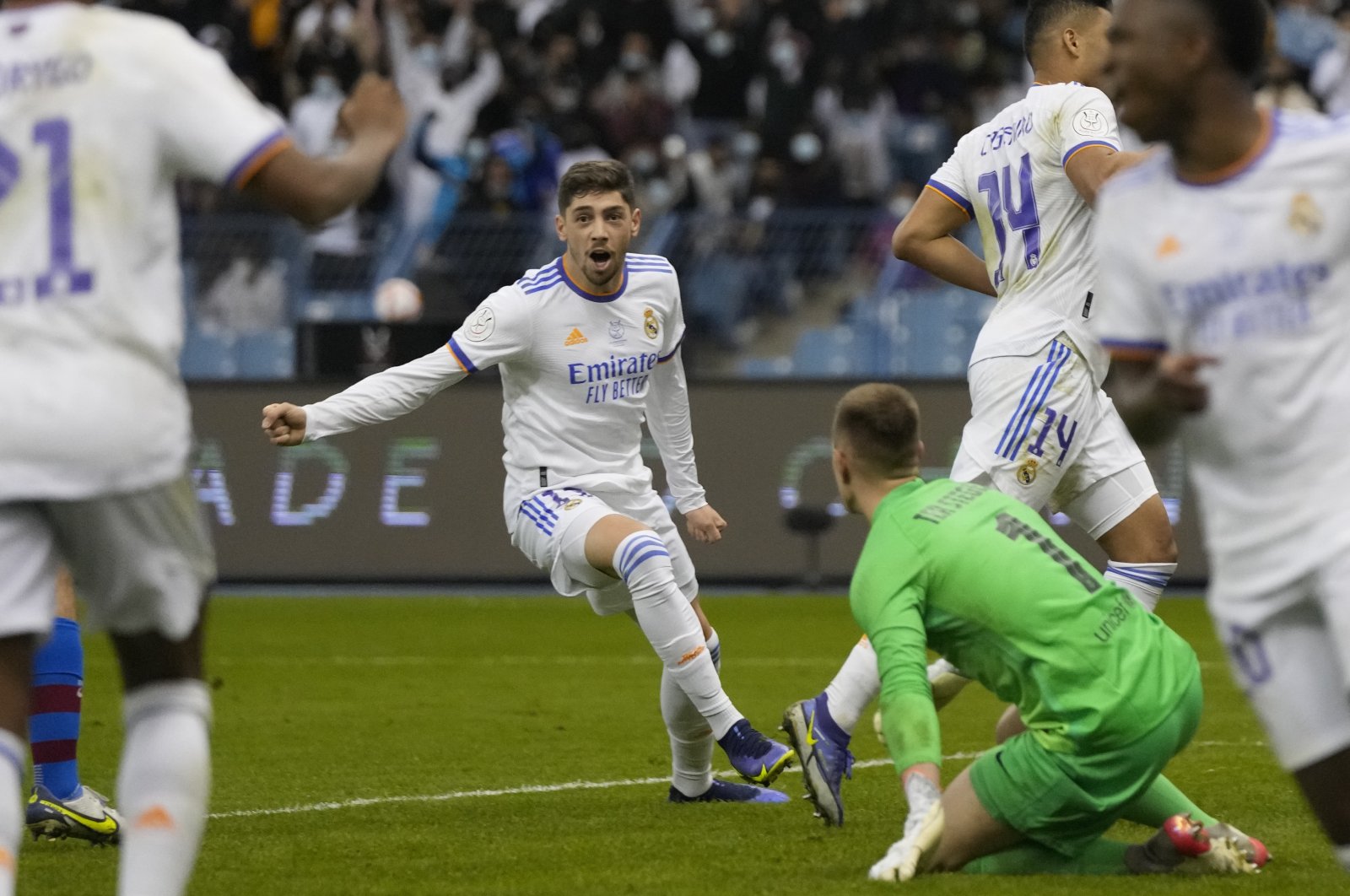 Real Madrid secured its 100th win over archrival Barcelona as Federico Valverde finished off a stunning extra-time move to give his side the 3-2 victory in an exhilarating Spanish Super Cup semifinal Wednesday.

Vinicius Jr. opened the scoring for Real from a counterattack early in the first half, but Luuk de Jong equalized shortly before halftime following a mistake by Real defender Eder Militao.

Karim Benzema put Real back in front 25 minutes into the second half, striking home on the rebound from inside the area, but a header by substitute Ansu Fati, who was making his first appearance since November, took the game into extra time.

Real claimed the winner from another counterattack, with Rodrygo firing a low cross to the edge of the area. Vinicius dummied to shoot, which eliminated the entire Barca defense and left Valverde all alone to tap the ball into an empty net.

The King Fahd Stadium was supposed to be at 50% capacity due to COVID-19 concerns, but it looked almost full of excited fans thrilled to witness the first "Clasico" played outside of Spain.

"We were very effective in the counterattack and scored three spectacular goals," Real coach Carlo Ancelotti told a news conference.

Real Madrid sat back patiently and tried to set up counterattacks for Vinicius and Benzema, but it allowed Barca to get too close to its area.

Xavi Hernandez's much-improved team dominated the second half and extra time, and Ousmane Dembele was a constant threat down the left for a Real defense missing David Alaba who was injured in the warmup.