Real Madrid back on track with 3-2 win over Inter 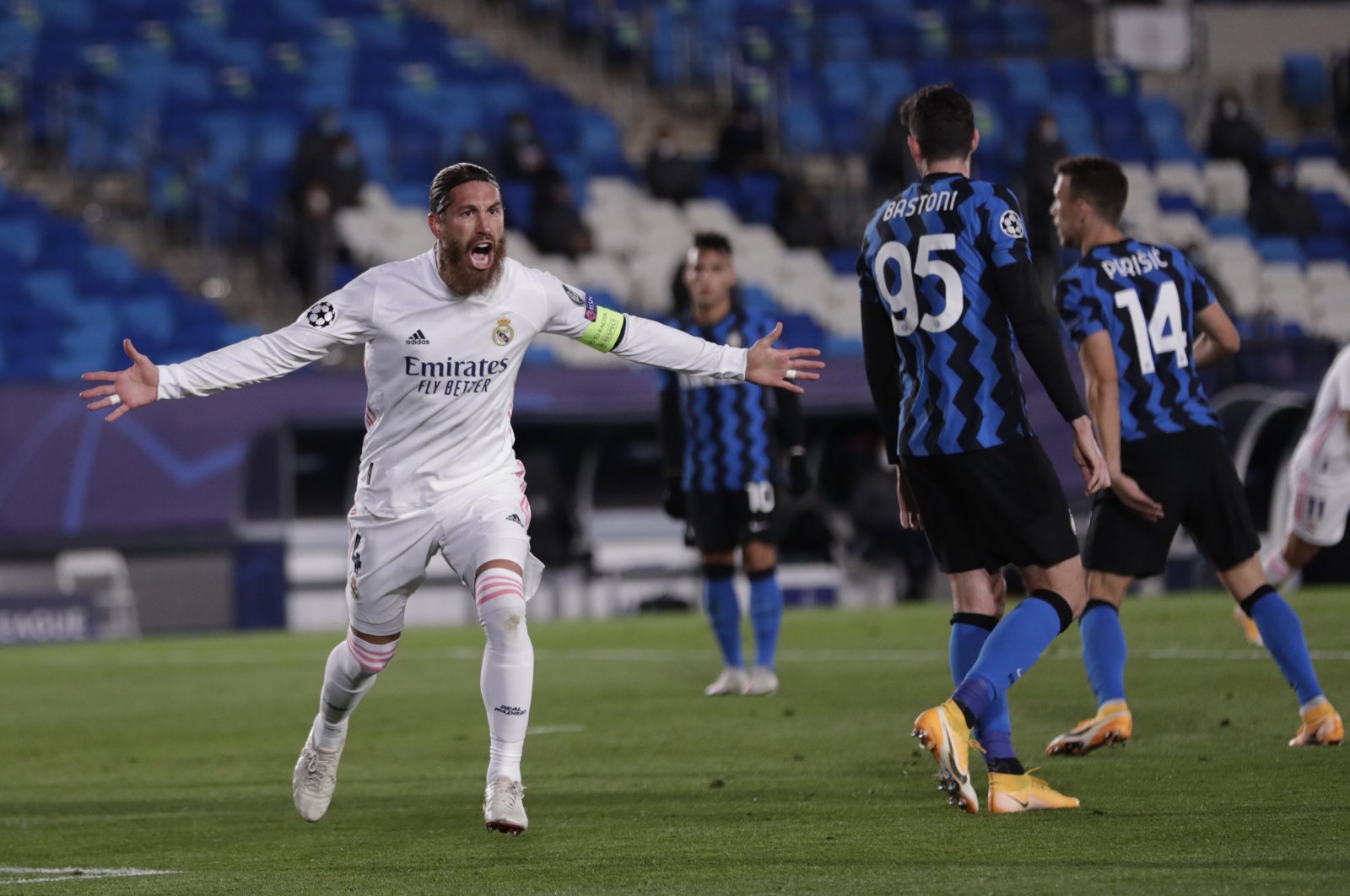 Real Madrid needed some help from its young Brazilian substitutes to get its Champions League campaign back on track on Tuesday.

Rodrygo scored in the 80th minute after an assist by Vinicius Junior to give Madrid a 3-2 win over Inter Milan after relinquishing a two-goal lead in the first half.

Karim Benzema and Sergio Ramos had put the hosts ahead, but Inter's Lautaro Martínez made it 2-1 before halftime and set up Ivan Perisic's 68th-minute equalizer.

Rodrygo salvaged the win with a shot from inside the area after a pass by 20-year-old countryman Vinícius Junior about 15 minutes after the Brazilian duo entered the match.

It was the fifth goal in eight Champions League matches for the 19-year-old Rodrygo.

“I was ready, just waiting for my opportunity,” Rodrygo said. “I wanted to help the team any way I could, with a goal or an assist or any other way.”

The home win moved Madrid out of last place in Group B. Borussia Monchengladbach won 6-0 at Shakhtar Donetsk in the other match to take the group lead with five points, one more than Madrid and Shakhtar.

Inter stayed with two points after a winless start.

“We knew it was going to be a difficult match,” Rodrygo said. “We suffered in the second half but we got the win, which was what we needed.”

Madrid also was coming off a winless start, having lost to Shakhtar at home and drawn at Gladbach. Another setback could have put the 13-time European champion in a difficult position to advance to the knockout round. The Spanish powerhouse has gotten past the group stage every time since 1997-98.

Just like it happened in the 3-2 loss against Shakhtar, Madrid controlled possession but struggled to keep the visitors from threatening through counterattacks at the Alfredo Di Stefano Stadium.

But Inter wasn’t able to capitalize on its chances like Shakhtar did. Martínez struck the crossbar in the 10th minute and missed from close range about five minutes later. Former Barcelona midfielder Arturo Vidal also came close to putting Inter ahead with a shot from outside the area.

It was Madrid that finally broke through after a defensive mistake by Inter right back Achraf Hakimi, a former Madrid player. His pass back to goalkeeper Samir Handanovic was short and Benzema intercepted the ball and easily hit the open net in the 25th.

Ramos added to the lead with a header off a corner kick in the 33rd, and Inter pulled one closer two minutes later with Martínez after a neat back-heel pass by Nicolo Barella inside the area. Perisic evened the match from near the penalty spot after a pass Martínez, and Inter came close to getting the go-ahead goal a few other times with dangerous shots by both Perisic and Martínez.

Eden Hazard made his first Champions League start of the season but was substituted in the 64th, not long after sustaining a knock on his foot.

Inter was without striker Romelu Lukaku because of an injury.

Madrid and Inter will meet again in Milan on Nov. 25.