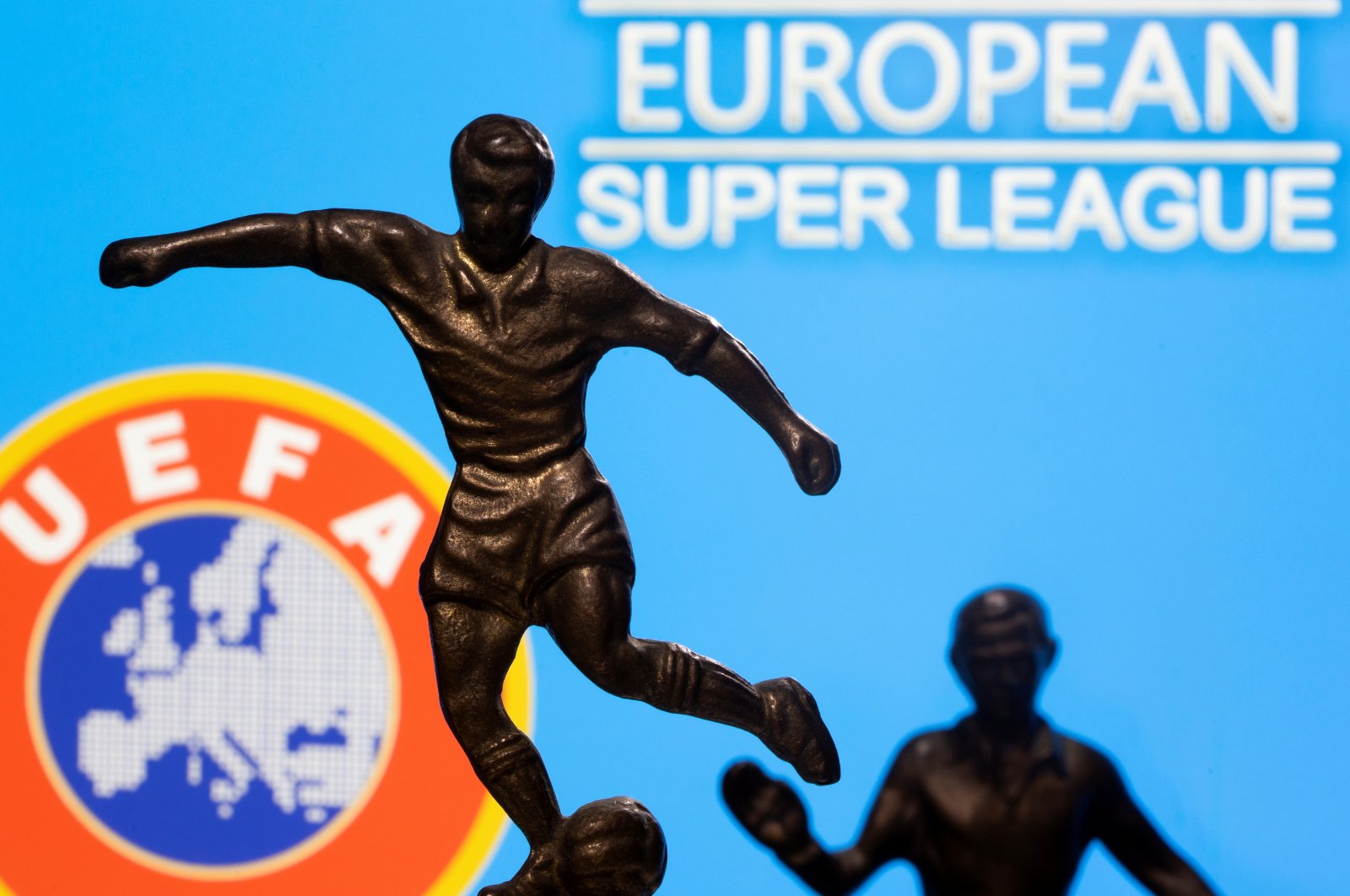 Metal figures of football players are seen in front of the words "European Super League" and the UEFA logo in this illustration, April 20, 2021. (Reuters Photo)
by French Press Agency - AFP May 08, 2021 1:33 pm
RECOMMENDED

Following the fines imposed by UEFA on nine European football clubs for their involvement in the aborted Super League project, Real Madrid, Barcelona and Juventus Saturday defended the project.

The three clubs said they had received "unacceptable" threats from UEFA and FIFA since the project collapsed just two days after it was announced last month, when six Premier League clubs and three other teams pulled out.

In a joint statement, Real, Barcelona and Juventus said the Super League had been launched "with the aim of providing solutions to the current unsustainable situation in the football industry."

They argued that they and the nine clubs who withdrew under pressure from supporters' protests – Tottenham, Arsenal, Manchester City, Manchester United, Chelsea, Liverpool, Atletico Madrid, Inter Milan and AC Milan – "shared the same concerns ... that structural reforms are indispensable to ensure our sport stays appealing and survives in the long term."

Those nine clubs Friday agreed to forego 5% of their revenue from UEFA competitions for one season and between them make a 15-million-euro ($18.25 million) donation to support grassroots and youth football in Europe.

They also committed to participating in UEFA competitions for which they qualify and agreed to pay fines of 100 million euros if they ever seek to play in an "unauthorized" competition.

Real, Barcelona and Juventus said, "We regret to see that our friends and founding partners of the Super League project have now found themselves in such an inconsistent and contradictory position when signing a number of commitments to UEFA yesterday."

UEFA said it would take "appropriate action" against the three clubs who still support the Super League project.

The clubs responded that "the founding clubs have suffered, and continue to suffer, unacceptable third-party pressures (and) threats."