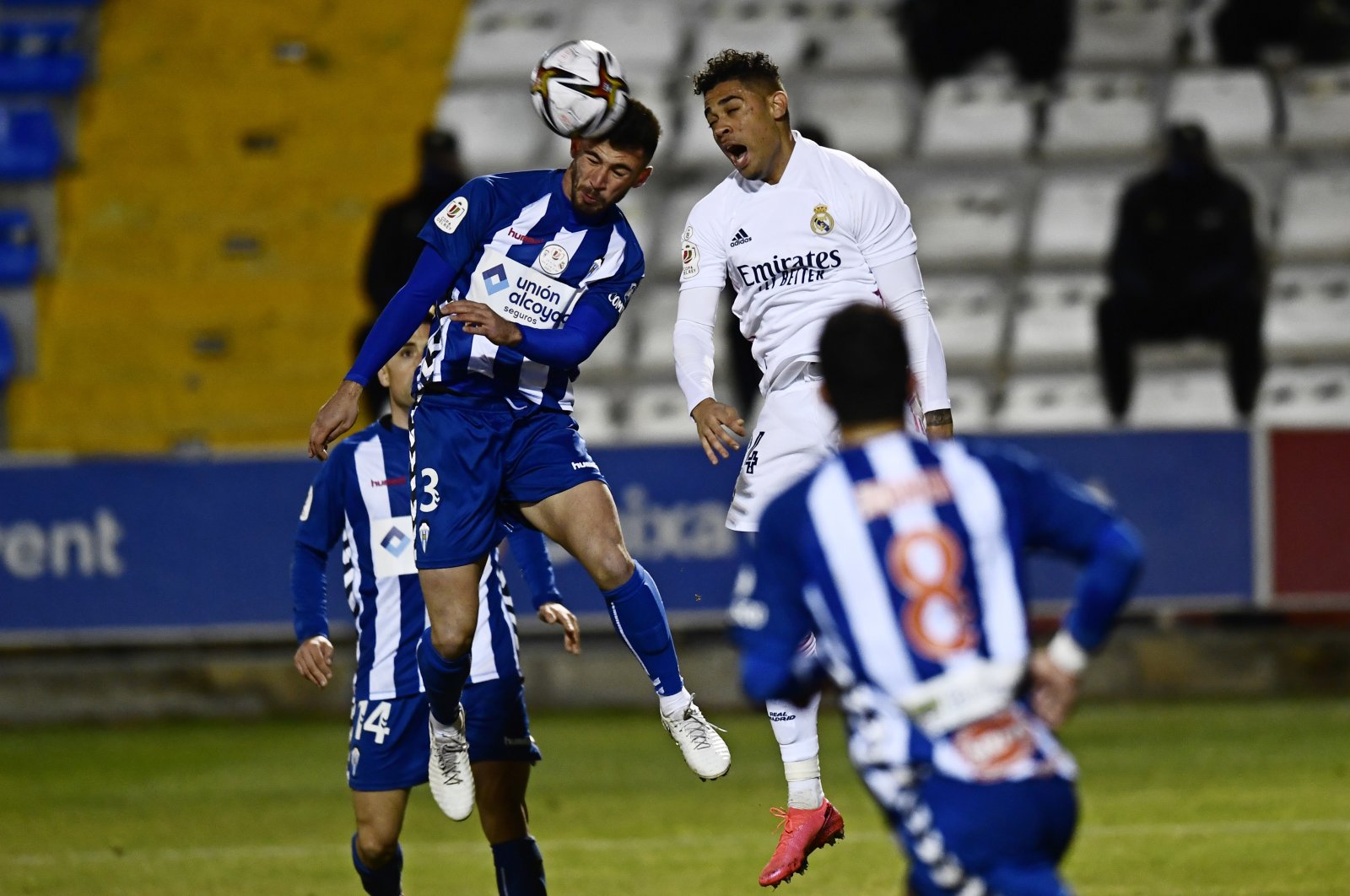 Real Madrid suffered a shock 2-1 defeat to lowly Alcoyano on Wednesday to exit the Copa del Rey, as the third division side scored an unlikely winner late in extra time after being reduced to 10 men.

Eder Militao headed in a cross from Brazilian compatriot Marcelo to give Real the lead right at the end of the first half, but Alcoyano substitute Jose Solbes stabbed home following a corner to level for the hosts with 10 minutes remaining.

Alcoyano's Ramon Lopez picked up a second yellow card in the 110th minute for a foul on Casemiro to leave his side a man down, but instead of clinging on for penalties, the home side burst forward five minutes later and snatched a winner when midfielder Juanan turned in a cross from close range.

"You should always dream big, we worked our socks off and suffered a lot," said Alcoyano goalkeeper Jose Juan.

Real coach Zinedine Zidane added: "It's a difficult moment because we're out of the Cup, we needed to do more than we did today but at least we tried everything."

Zidane made nine changes to the team that was beaten 2-1 by Athletic Bilbao in last week's Spanish Super Cup semifinal but was still able to field a strong starting 11 containing five Champions League winners.

He then brought on his star players such as Karim Benzema, Toni Kroos and Eden Hazard but Real's Galacticos were out-gunned by the semiprofessional side, who have a total budget of 700,000 euros ($ 850,080), less than many Real players earn each month.

"They pulled out all their weapons but we played so well, it's made me emotional. Something like this doesn't happen very often in life," added Jose Juan.

Real looked in control for most of the match but had few clear-cut opportunities.

Fede Valverde tested goalkeeper Jose Juan with a thumping long-ranger in the first half while the keeper also thwarted Brazilian forward Vinicius Jr. after the interval.

Militao went down in the area late in the second half after Solbes had leveled but no penalty was awarded, while substitute Marco Asensio also had a penalty appeal waved away early in extra time as well as being denied by Jose Juan.

Marcelo then had a chance to level in added time of extra-time but blasted over the bar.

No fans were allowed into Alcoyano's El Collao stadium due to coronavirus restrictions but people could be seen watching the game from the walls surrounding the ground and the players and onlookers erupted in joy when the whistle came.

Real, meanwhile, reflected on their worst Cup result since being knocked out by Alcorcon, then in the third division, in 2009/10. They were kicked out of the competition in 2015/16 for fielding an ineligible player in the last 32 against Cadiz.