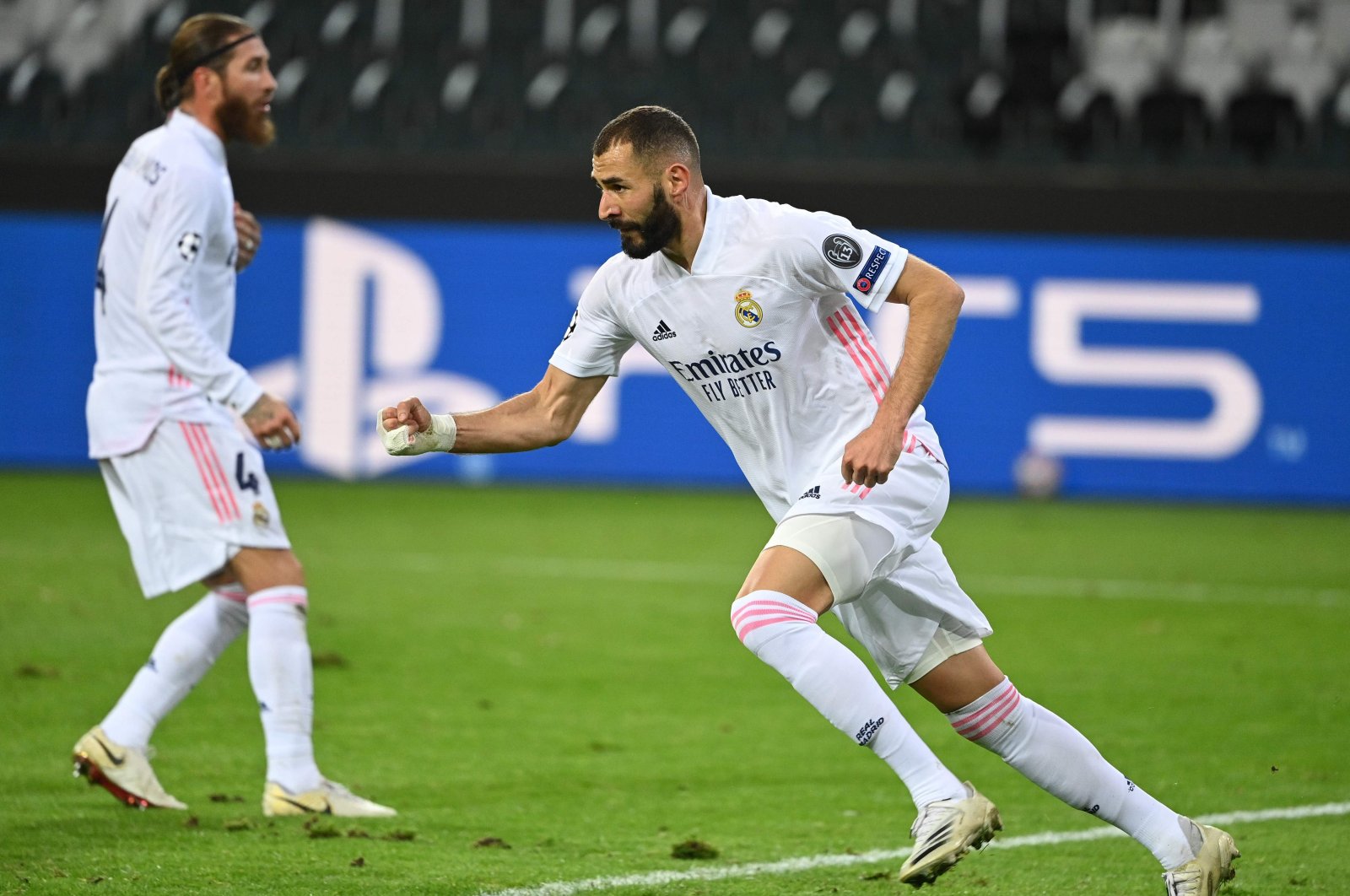 Real Madrid and Inter Milan may have 16 continental crowns between them but are under early pressure when they meet on matchday 3 of the Champions League on Tuesday.

Neither side has tasted victory yet in a tight Group B also including Borussia Monchengladbach and Shakhtar Donetsk, which meet in Ukraine.

Eden Hazard could get his first start in the Champions League after scoring just his second Real Madrid goal when he continued his return from injury in La Liga on Saturday. He is likely to play upfront with Karim Benzema and Marco Asensio.

"The other day he played 20 minutes and today he played for longer and from the start of the game," said coach Zinedine Zidane on Saturday.

In midfield, Madrid is likely to rest Luka Modric while right-back Lucas Vazquez will need a late test on a muscle problem.

Real on Monday announced Eder Militao has tested positive for the coronavirus, so the reserve defender will miss Tuesday’s match.

Real is at the bottom of the group with just one point as it hosts Inter, which is one better off in third with two draws.

Inter is steered by Zidane's former teammate Antonio Conte. The two played together at Juventus from 1996 to 2001, lifting two Italian titles, but each knows a defeat could leave them facing elimination.

Inter will likely be without key attacker Romelu Lukaku, who struck seven times in as many season outings, while Alexis Sanchez could return alongside Lautaro Martinez.

"Often we play entire games without conceding a shot in goal," Conte said, "as we did against Genoa and Shakhtar. But with Parma, and Borussia Monchengladbach, we were punished. Games like these, which we dominate, must be won."

For the other match of Group B, Gladbach travels to Ukraine to face Shakhtar, which leads on four points and can take a big step toward the knockouts with a victory.

Elsewhere, Midtjylland will host Ajax with the Danish club seeking to collect its first points and goals at last.

Formed in 1999, the young team reached the Round of 32 of the Europa League, notching up a 2-1 home victory over Manchester United before being eliminated on aggregate by the Premier League giant.

With hard work and big dreams as buzzwords for Midtjylland, the team hopes to leave a mark in its debut in the Champions League.

"We believe in the law of attraction. We believe that if we make a strong case, we attract resources, we attract people, people who also dream big," Chief Executive Claus Steinlein told the sports magazine Tipsbladet.

Currently third in the Danish Super League, Midtjylland is the only remaining Danish club in the main UEFA competitions.

A 4-1 defeat on Saturday away to Nordsjaelland was a disappointing run-up to the Ajax showdown.

But Ajax could be third-time lucky for Midtjylland on Tuesday after losses to Atalanta (4-0) and Liverpool (2-0) in the first two group stage matches.

Midtjylland's hopes were strengthened even more as things during the buildup to the clash got complicated after 11 Ajax players reportedly tested positive for the coronavirus on Monday. These include captain Dusan Tadic, goalkeeper Andre Onana and starting midfielders Davy Klaassen and Ryan Gravenberch.

At least seven other players including reserve goalkeeper Maarten Stekelenburg and attacking midfielder Zakaria Labyad were left off the plane as well.

Ajax manager Erik ten Hag, at a news conference ahead of the Group D encounter, remained vague about the players and their COVID-19 status, and why they could not travel to play at the MCH Arena in the western Danish city of Herning.

"There are a number of players who did not get permission to enter Denmark to play here. They are allowed to play in the Netherlands but not in Denmark," ten Hag said at the livestreamed conference.

Pressed for a reason, ten Hag said, "I can't say anything about the exact reasons and I'm also not going to comment on individuals because of privacy reasons."

"All I know is that they did not get permission to enter Denmark," he said.

Ten Hag then added: "It has to do with testing. All I can say is the players affected by this are healthy in the sense that they don't have any symptoms or complaints."

Denmark enforces stricter anti-coronavirus rules than many other European countries. It could be that some players who tested positive before still have residual traces of the virus showing up in blood tests, even though they have recovered completely, the RTL Nieuws private broadcaster said.

"I find this rather odd," said ten Hag.

"We are playing in a European competition. But European countries have different rules when it comes to corona," he said.

"That's strange and it is not fair play either," added ten Hag.

Dutch news reports say the missing players are now pinning their hopes on a second test, hoping that would come up negative.

"I am therefore hopeful that they will still be welcome on Tuesday," ten Hag said, adding "we are still working on it."

Among players Midtjylland has hopes for is Danish international Pione Sisto, 25, who returned in September after four seasons with Spanish side Celta de Vigo.

The winger was voted player of the year in 2014 by the Danish footballer's association.

Another is team captain Erik Sviatchenko, a center defender, who played a few seasons for Scottish side Celtic and is a regular starter.

Assistant manager Kristian Bach Bak said that although the team has had a tough match program, "the energy is there."

"If that were not the case, we might as well stop and give the points away. It is a tough period, but it is also what we have all dreamed of," he told Midtjylland's website.

No massive home crowd will be in attendance due to coronavirus restrictions. But even in normal times, the MCH Arena in Herning has a modest capacity of about 11,800 spectators.