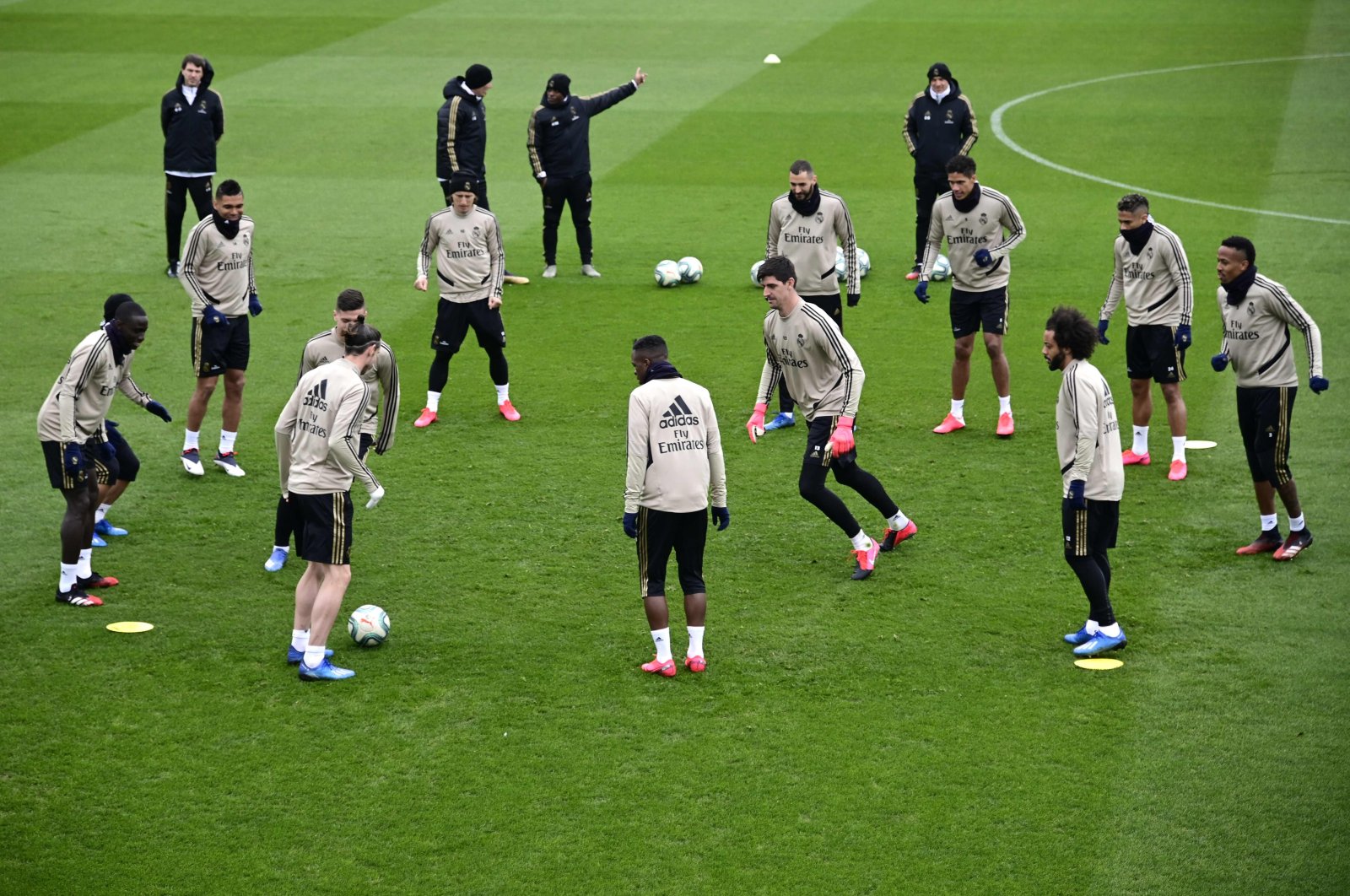 Real Madrid's players take part in a training session at the club's training ground in Valdebebas in the outskirts of Madrid on the eve of the Spanish League football match between Real Madrid and Barcelona, Feb. 29, 2020. (AFP Photo)
by French Press Agency - AFP Apr 08, 2020 10:05 pm

Real Madrid players have agreed to cut their salaries by as much as a fifth, the La Liga club announced Wednesday, as Spanish football remains on hold due to the coronavirus pandemic.

In a statement, Real said players and coaches from the side's football and basketball teams, as well as key directors, had voluntarily agreed to the reduction, of either 10 or 20%, "depending on the circumstances that may affect the closing of the current 2019/20 sports season."

Real, however, didn't say what circumstances would affect the rate of the salary cut, but Spanish media reported players will receive 10% less if the season is completed and 20% less if the current campaign is terminated.

The cuts will shave between 28 million ($30.4 million) and 56 million euros off Real's salary bill.

It also means the club has avoided using the partial unemployment (ERTE) scheme that cut Barcelona and Atletico Madrid players' salaries by 70%.

La Liga has recommended clubs take advantage of the scheme, and both Sevilla and Espanyol have also put in a request to be included in the ERTE scheme.

Over 14,000 people have died from COVID-19 in Spain, the second-worst hit country from the virus after Italy, with 146,690 registered cases.