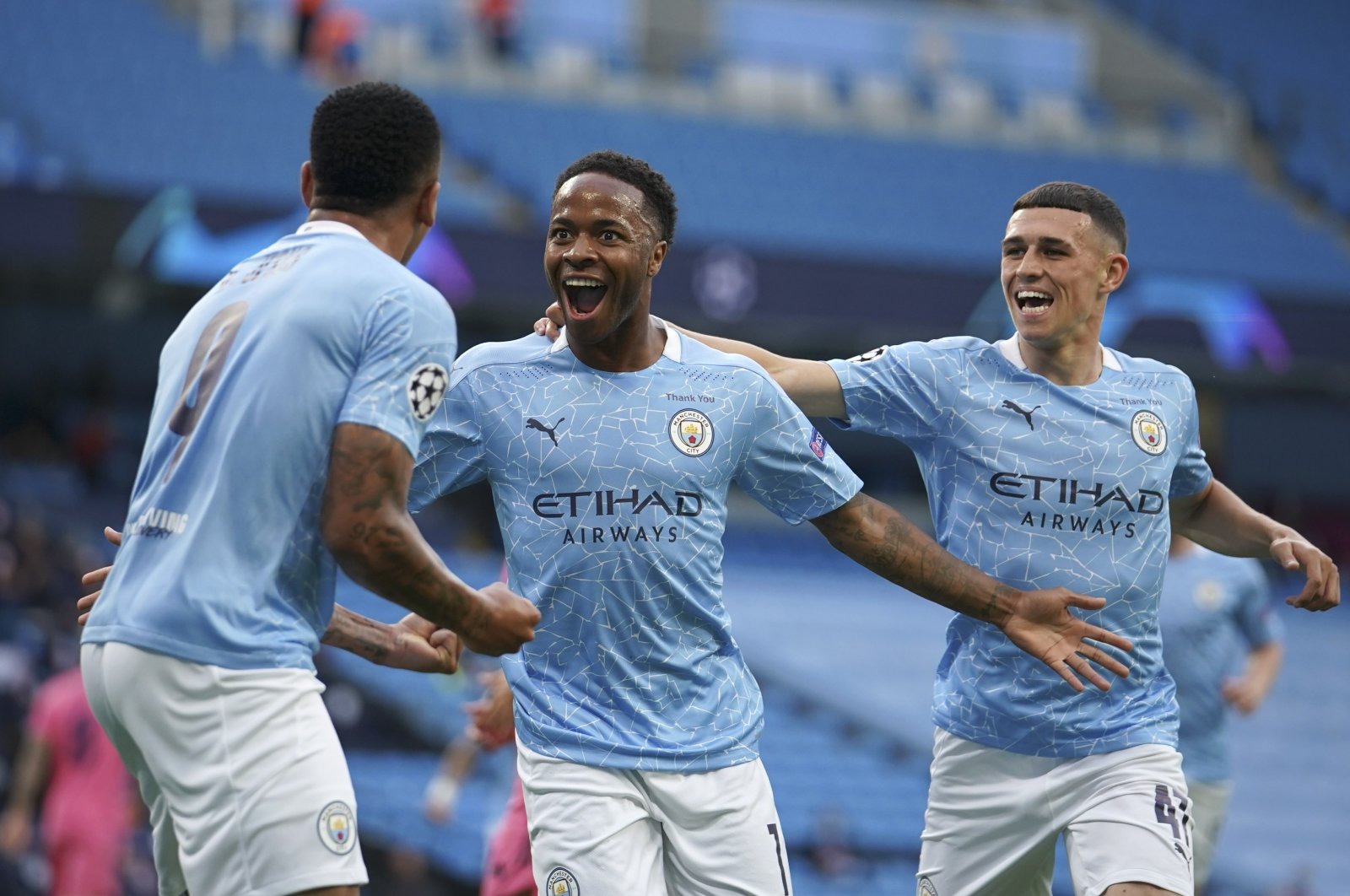 Spanish champion Real Madrid and their Italian counterpart Juventus were knocked out of Champions League in the round of 16 Friday by Manchester City and Lyon respectively.

Real's defensive mistakes by Raphael Varane were seized on by Raheem Sterling and Gabriel Jesus to lead City into a quarterfinal against Lyon.

They clinched another 2-1 victory against Madrid on Friday after winning by the same score in the first leg in the Spanish capital in February before the competition was paused due to the pandemic.

“They’re a top club, Real Madrid, the best club in this competition so far — this is massive,” Gabriel Jesus said.

“It’s all about believing. We can make a mistake, so believe — always. And I press, I press a lot. That is one of my powers, press all the time and help my team. I was happy I scored.”

First the Brazilian set up the opener scored by Sterling in the ninth minute at an empty Etihad Stadium.

With Madrid captain Sergio Ramos banned after being sent off in the Madrid leg, Raphael Varane was without his usual central defensive partner. And the Frenchman was caught out in possession by Gabriel Jesus, who squared for Sterling to tap past goalkeeper Thibaut Courtois for his 100th City goal.

“With the players that we’ve got, there’s no inferiority, we played really well,” Sterling said. “They’ve got some great players but with the energy, the performance we showed, we were brilliant tonight.”

Real began to make its presence felt and equalized through Karim Benzema, who headed in powerfully from Rodrygo's cross in the 28th minute.

City went close to a second before the break after a poor clearance from Courtois went straight to Kevin De Bruyne, but Phil Foden — playing as a false nine with Sergio Aguero injured — struck wide.

But another blunder by Varane in the 68th minute was again capitalized on by Gabriel Jesus.

Varane failed to cut out a long ball forward and then made an ineffective attempt to head back to Courtois. Gabriel Jesus closed in quickly and dinked the ball over Courtois.

“I want to step forward and take the blame," Varane said. "This defeat is my fault. I feel bad for my teammates. I can’t explain my two mistakes, I felt comfortable on the pitch, but errors in some parts of the field can be extremely costly. This is a difficult night for me.”

There was support from teammate Eden Hazard.

“Mistakes are part of football,” Hazard said. “I know it’s hard for Rafa because he did two mistakes but we will support him. Today was not his best game.”

In his fourth season in charge of City, Pep Guardiola remains in contention to win the Champions League for the first time since his 2011 success with Barcelona.

But the newly crowned Spanish champions were eliminated from a Champions League knockout round for the first time under Zinedine Zidane. He led Madrid to three consecutive titles from 2016 to 2018, resigned after delivering the 13th title but returned as coach in March 2019.

“We can’t be happy with the result," Zidane said. “But we have to be proud of everything we’ve done this season.”

Cristiano Ronaldo, who left Madrid in 2018 like Zidane, hasn't won the Champions League since then with Juventus.

The Portugal star scored two goals in Friday's other quarterfinal but Juve's 2-1 victory over Lyon wasn't enough to avoid elimination.

Memphis Depay’s penalty allowed the French side to advance 2-2 on away goals after winning the first leg in February 1-0.

"We are super satisfied with our performance and super happy to go to Lisbon," said Lyon defender Leo Dubois.

"We need to be aware that we have the qualities to play this quarter-final, we need to give it our all, like we did tonight."

Needing to score three unanswered goals in order to go through, Cristiano Ronaldo tried his best to drag the Italian champion over the line.

He leveled the scores on the night with a penalty of his own with two minutes left in the opening period before crashing a second home on the hour mark.